Around 10,5 months ago I was sitting at my office desk in the directorate. It was a Friday night and I was struggling to finish the last paperwork before my 12 month sabbatical year would start. I had many plans for these 12 months. I would relax, work out, do volunteer work, read books, take walks in the park. And not to forget the most important things – I would travel. 10, 9, 8, 7, 6, 5, 4, 3, 2, 1….

Finally I was done. It was time to log out, go home and relax after weeks of working way too much. The first weeks I just had to gather energy for the many travels and experiences 2015 would offer. Some of them would be work and others would be strictly pleasure. But no matter what, it was going to be great spending a year in the “oficina ideal”! 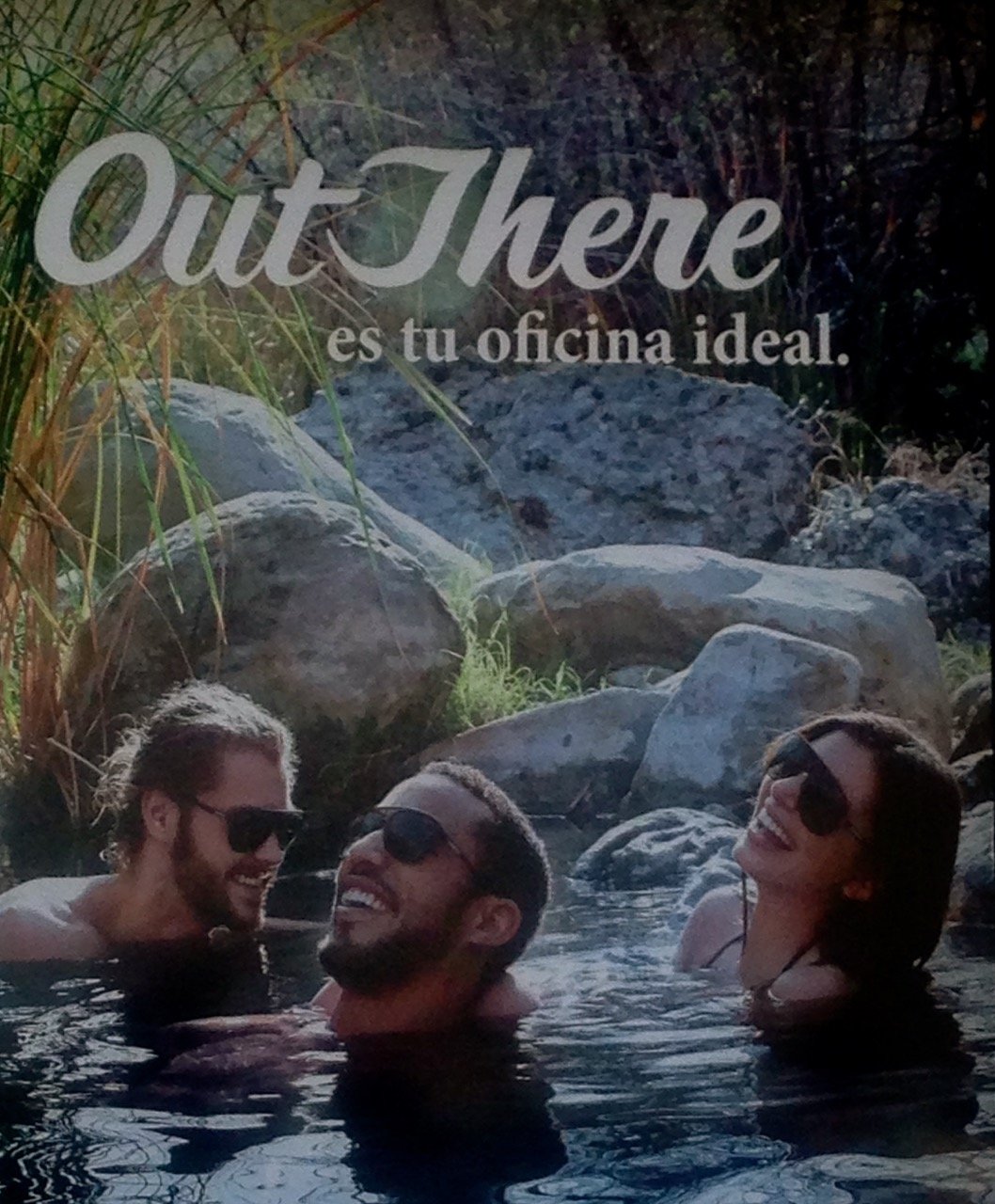 But if the above is the ideal office – what is the ideal destination? And what are the most annoying things about traveling? Since I have realized that I will not have time to blog about all the different experiences 2015 brought; I hereby bring you a compliation of the “Best of” and the “Worst of” 2015 (part 1):

Best hotel:
Oh, there are quite a few to choose from. But in overall, the best hotel from 2015 must be Lopesan Costa Meloneras Resort, Spa & Casino in Meloneras, Gran Canaria.  It is fairly expensive, but we traveled off season (2nd week of December). The hotel itself is wheelchair accessible with ramps all over the resort, excellent service and the most amazing pools (1 with a hoist). However the pools were really cold, so we usually ended up in the jacuzzi on the sun terrace.

Meloneras is a rather new area next to the Maspalomas desert with upscale 4 and 5 star resorts, three of which belong to the Canarian brand Lopesan. All three are supposed to be accessible. But as a wheelchair user, I would definitely choose our hotel. It is situated in the more flat area close to the Faro lighthouse. Within wheeling distance  you have multiple restaurants and shops.

The rest of the Meloneras was surprisingly hilly. We managed to wheel the 2km beach walk that ends by the wheelchair accessible Meloneras Beach and the H10 Meloneras Palace (a cheaper option). But after a not so memorable meal, we decided to take a taxi back to our hotel because of the steep hill.

Coolest park:
2015 brought a lot of parks. There were pretty parks, romantic parks and impressive parks. But the coolest one must be the High Line in New York. The High Line is a public park built on a historic freight rail line elevated above the streets on Manhattan’s West Side. It runs from Gansevoort Street in the Meatpacking District to West 34th Street, between 10th and 12th Avenues. You access the park via stairs or lifts (check the map to see which streets have lifts).


Best spa:
The spa at Lopesan Costa Meloneras was only partially wheelchair accessible, so we decided to skip it. I would recommend Norway for a great and accessible spa experience. I have tried several, but the best, biggest and probably most accessible spa (hotel) was Farris Bad in Larvik, Norway. It is situated right next to an accessible beach. The hotel is f…expensive and unfortunately the disabled friendly rooms are close to the road, making them pretty noisy and not what you want in a retreat. Bring earplugs!

Most crowded place:
The Times Square was a very central place to stay in New York. But also very very crowded. There are people everywhere you go, all walking in different directions. And they are all looking upwards and not at all where they are going. Meaning – you have to take care of where you yourself are going – but also everybody else. After a week here, you need to take a trip to the seaside somewhere, to breathe and listen to the seagulls…

Coolest hotel:
There is absolutely no doubt about this. The 25 Hours Hotel in Zürich is hipster heaven. And you can read all about it here.

Best walk in the park:
I guess this is slightly influenced by whom I was walking with. But the best and most romantic walk in the park happened in November in Schadau park in Thun, Switzerland. The view to lake Thun and the Swiss mountains is quite impressive. And 16 degrees and sunshine in November is not exactly painful, is it? 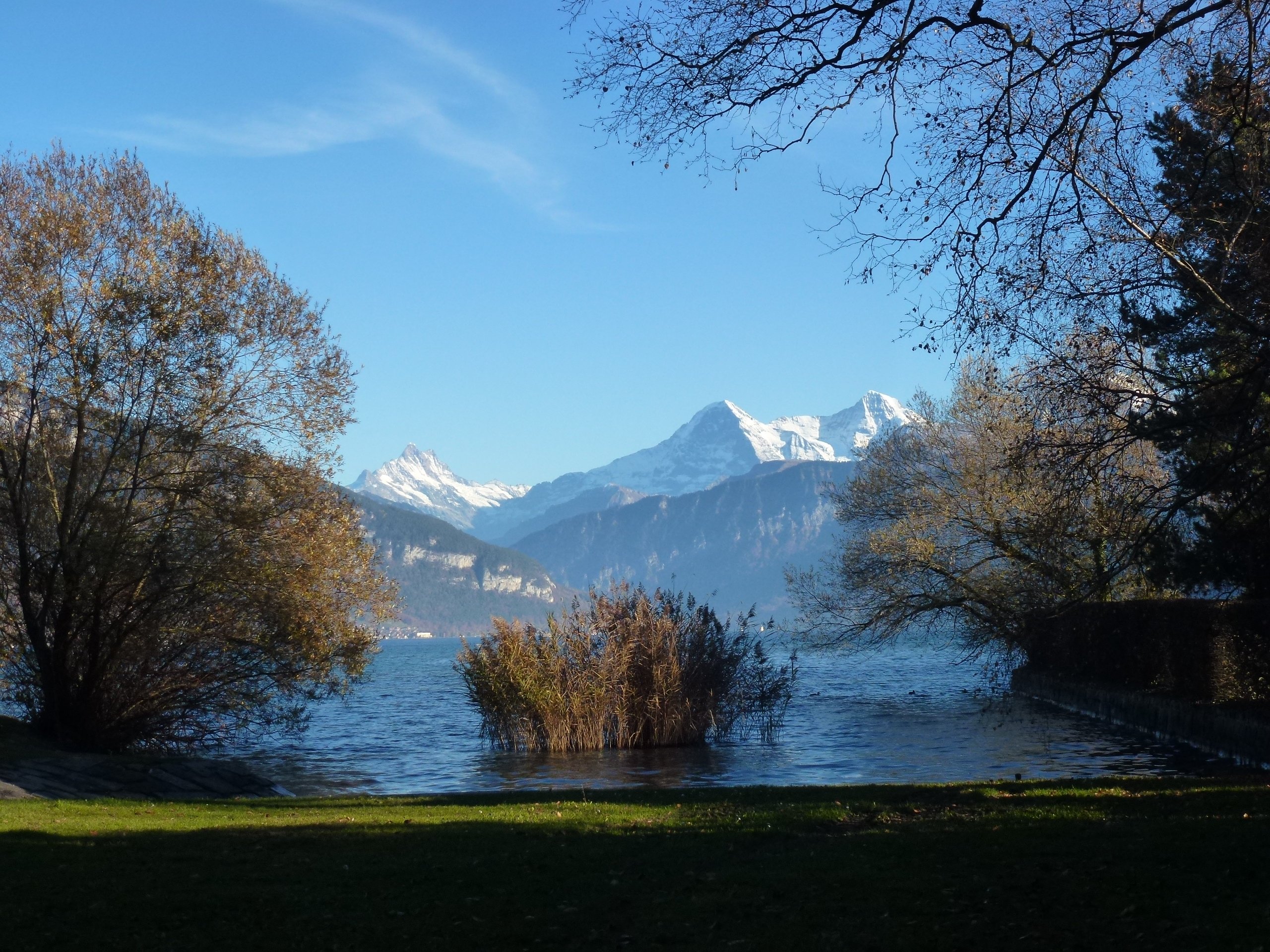 Best sight:
Who would have thought it? But the oh so impressive Colosseum in Rome is actually wheelchair accessible! They have a ramped entrance and you can sneak in the never ending ticket line. And when you get inside they have a big elevator and accessible toilets (might be too small for power chair). With the elevator, you can explore maybe 60-70% of the complex with a wheelchair. And it’s a remarkable experience… 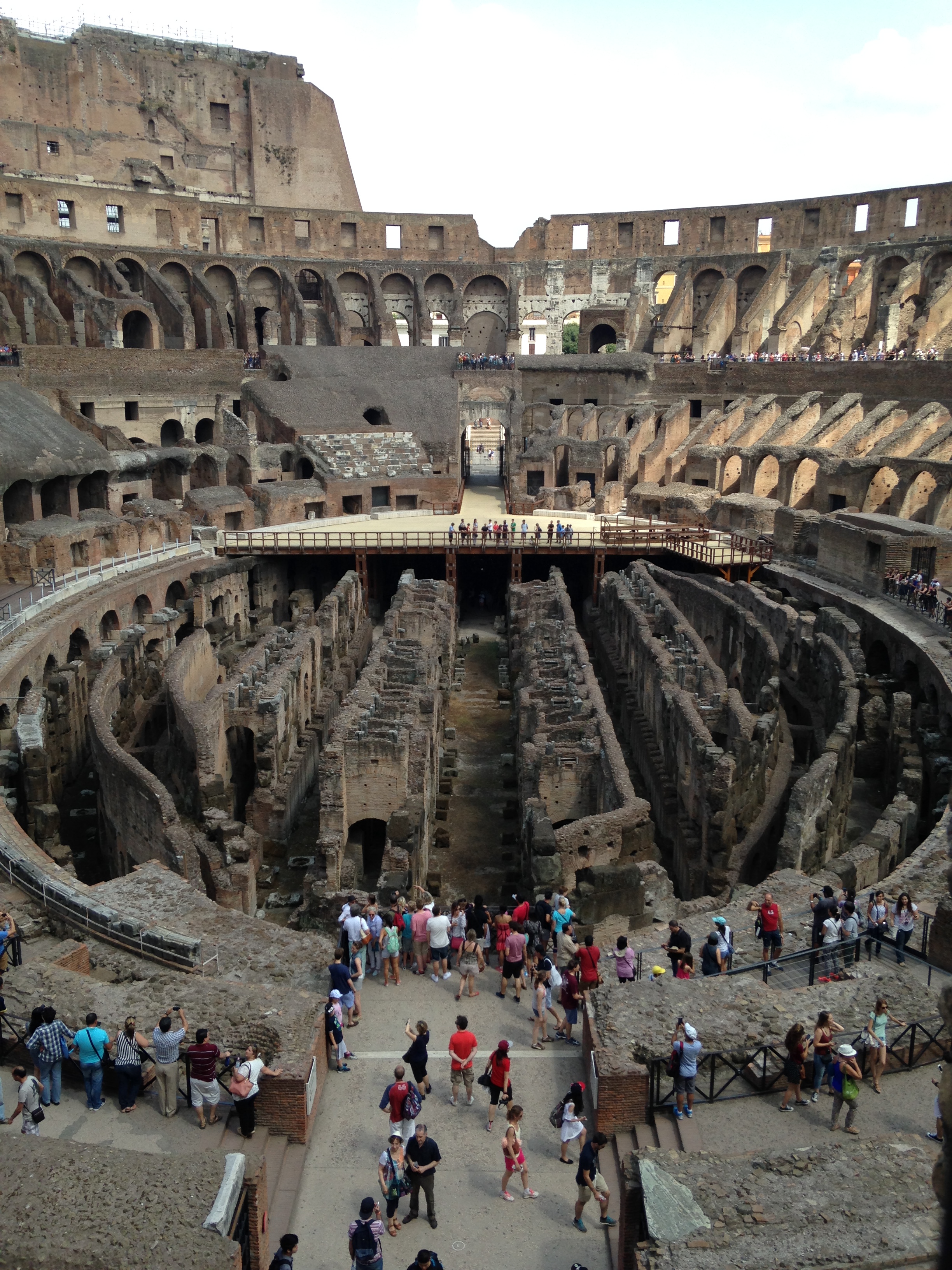 Best view:
This is also a competition with many poential winners. It is almost impossible to choose. So I give it a tie between the view from Empire State Building, NY and the view from the terrace at Museum der Moderne in Salzburg. The last one can bee seen in this blogpost. 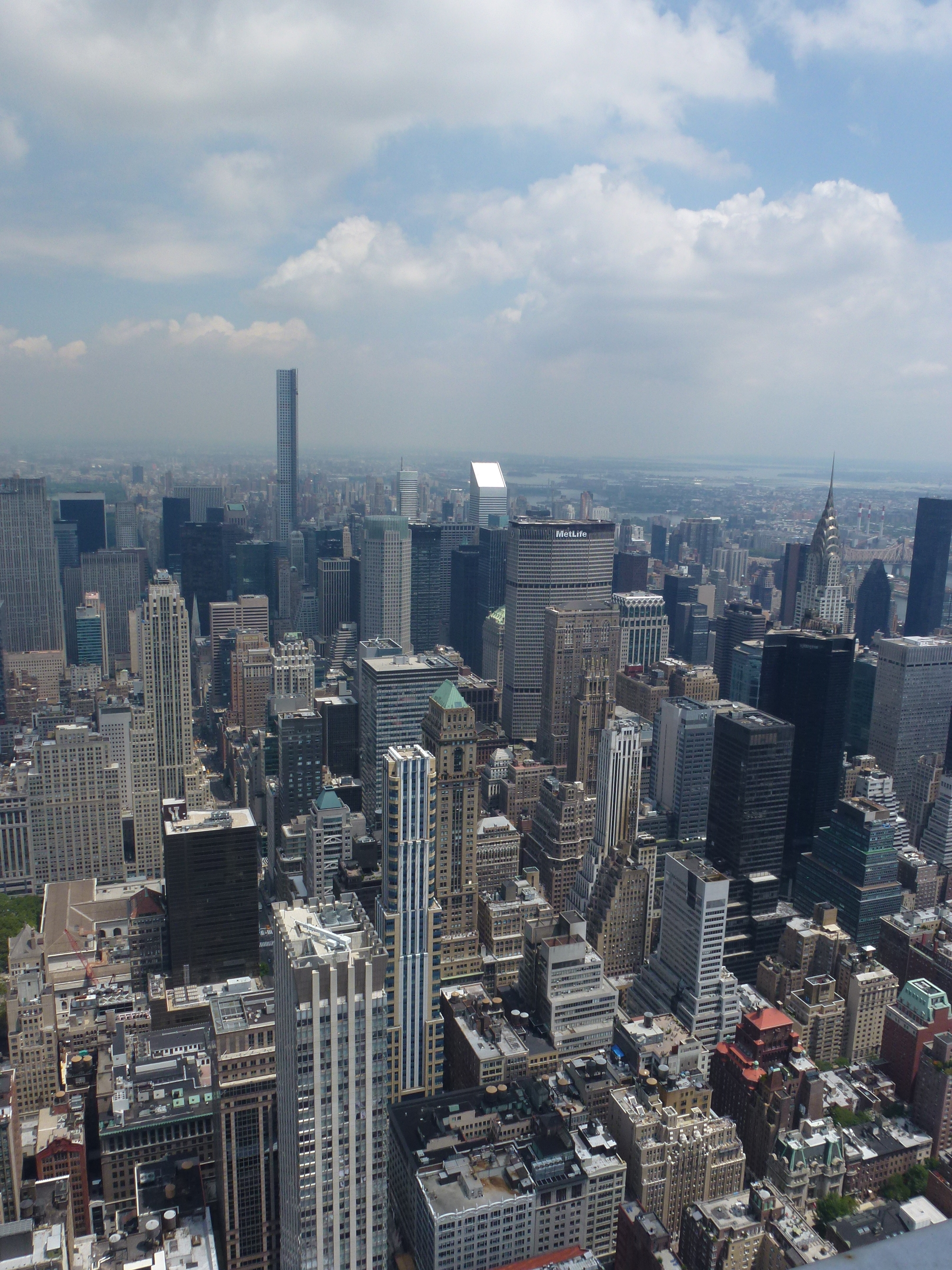 Best sunset:
The best (and most romantic) sunset was enjoyed in the sailboat harbor in Puerto de Mogán, Gran Canaria. Make sure you have your camera ready! The sun sets really fast in Gran Canaria… 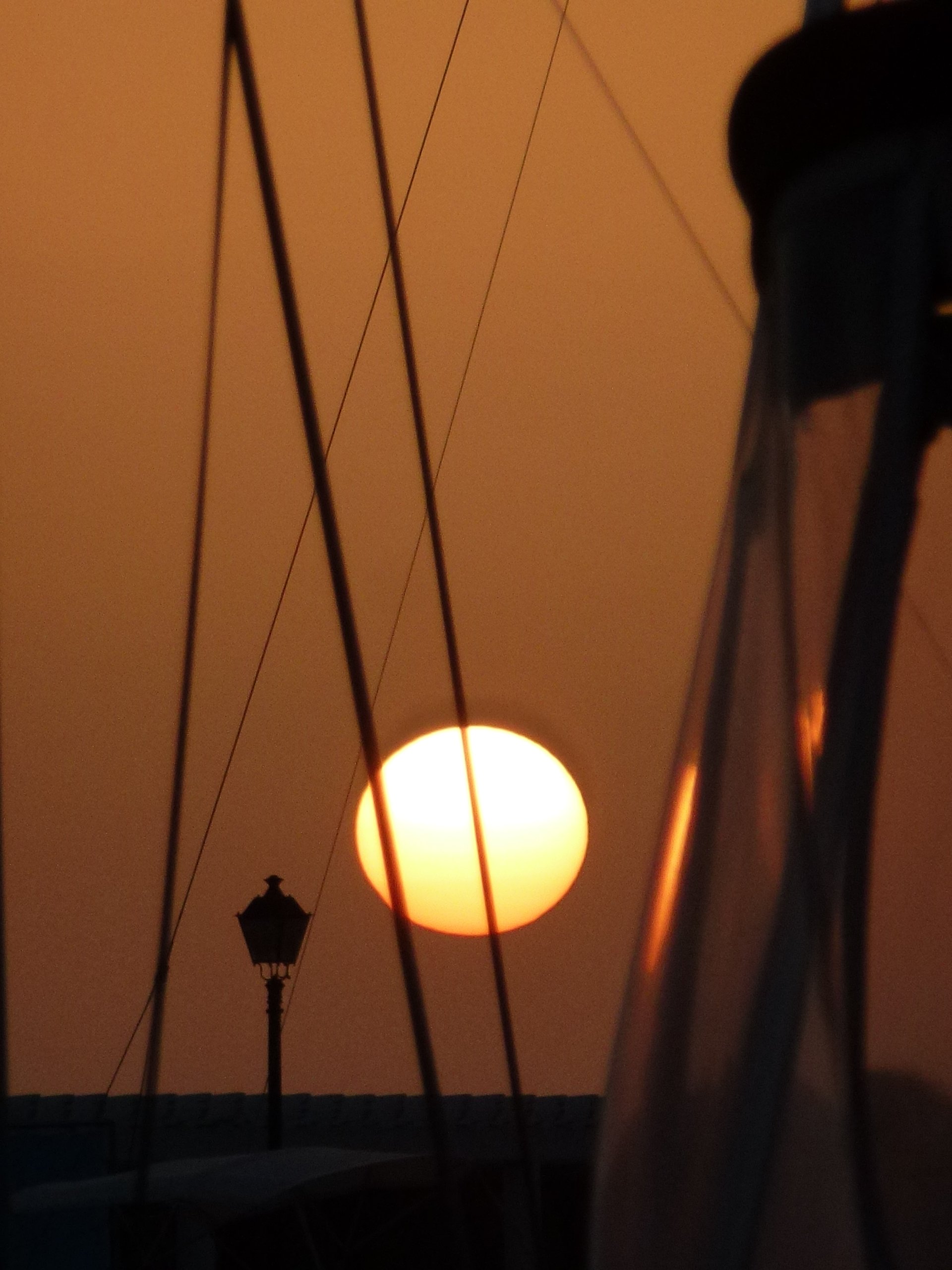 Nicest street signs:
I have seen pretty street signs in several Spanish cities. But Madrid must have some of the nicest ones. The city itself is not the easiest to travel in with a wheelchair, because of large distances and long, rather steep hills. But bus sightseeing is a good alternative (we had a chartered bus). 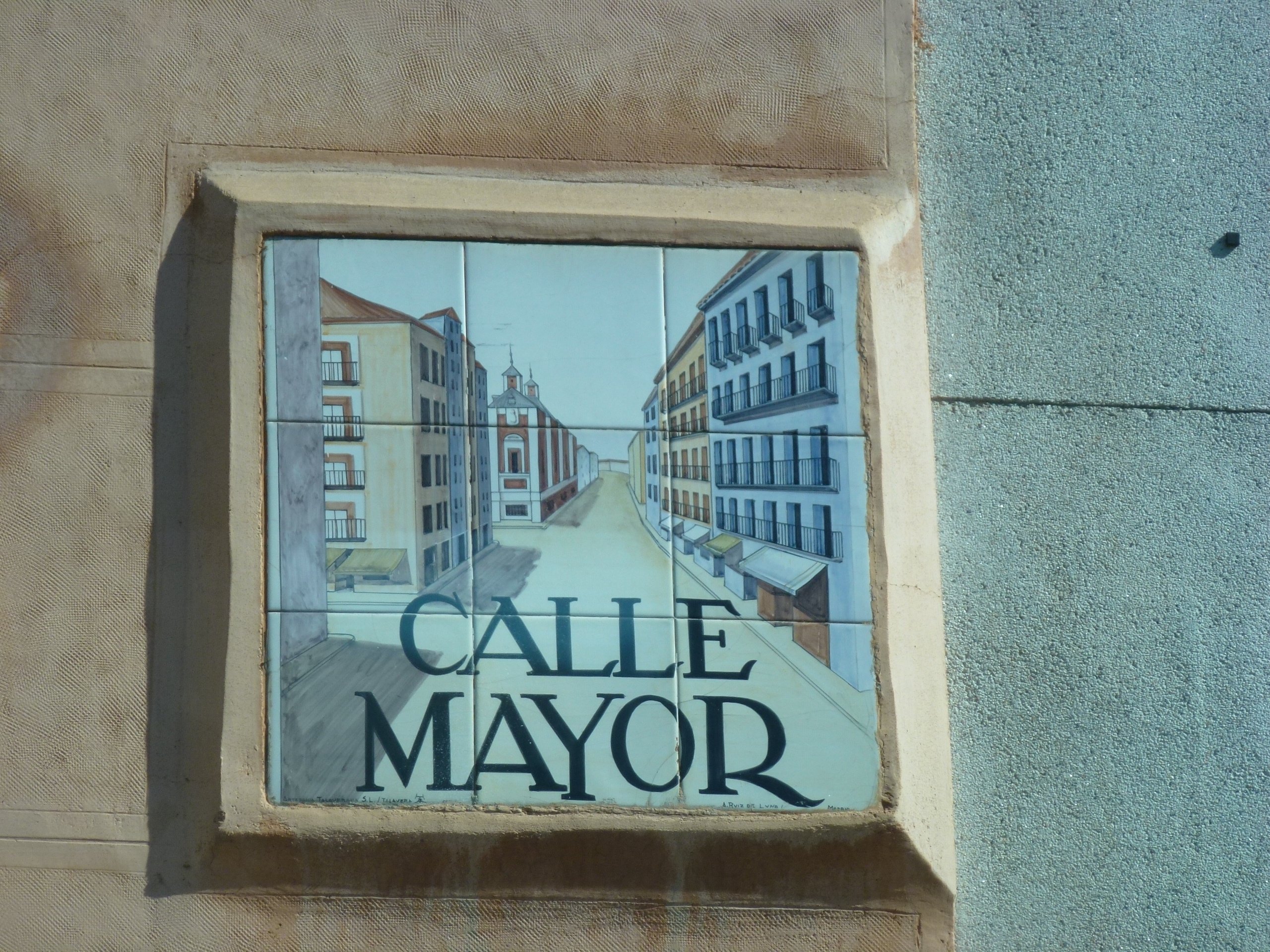 Coolest lift:
The new World Trade Center and the One World Observatory in New York opened in May 2015; giving New York another massive tourist attraction (and fortunately making the ticket line at the Empire State Building shorter). The lift and experience is cool, but we liked the view from the Empire State Building better – because you can watch it from the outside.

Most accessible fortress:
During summer 2015 I tried one of the more local attractions – the ferry from Drøbak to the fortress Oscarsborg in the Oslo fjord. Oscarsborg is no longer used for military purposes, but it played an important role in World War II. The ferry and the fortress is accessible with wheelchair (I had a power chair), but you will encounter some gravel, slightly steep hills and cobble stones. The indoor museum is only partially accessible, but there are wheelchair accessible toilets on the island. At the restaurant – only the terrace was accessible.

Nicest garden:
The Mirabell Garden in Salzburg is known from the movie Sound of Music. It is a beautiful and relaxing place to visit in summer time. Especially if you like marching bands… 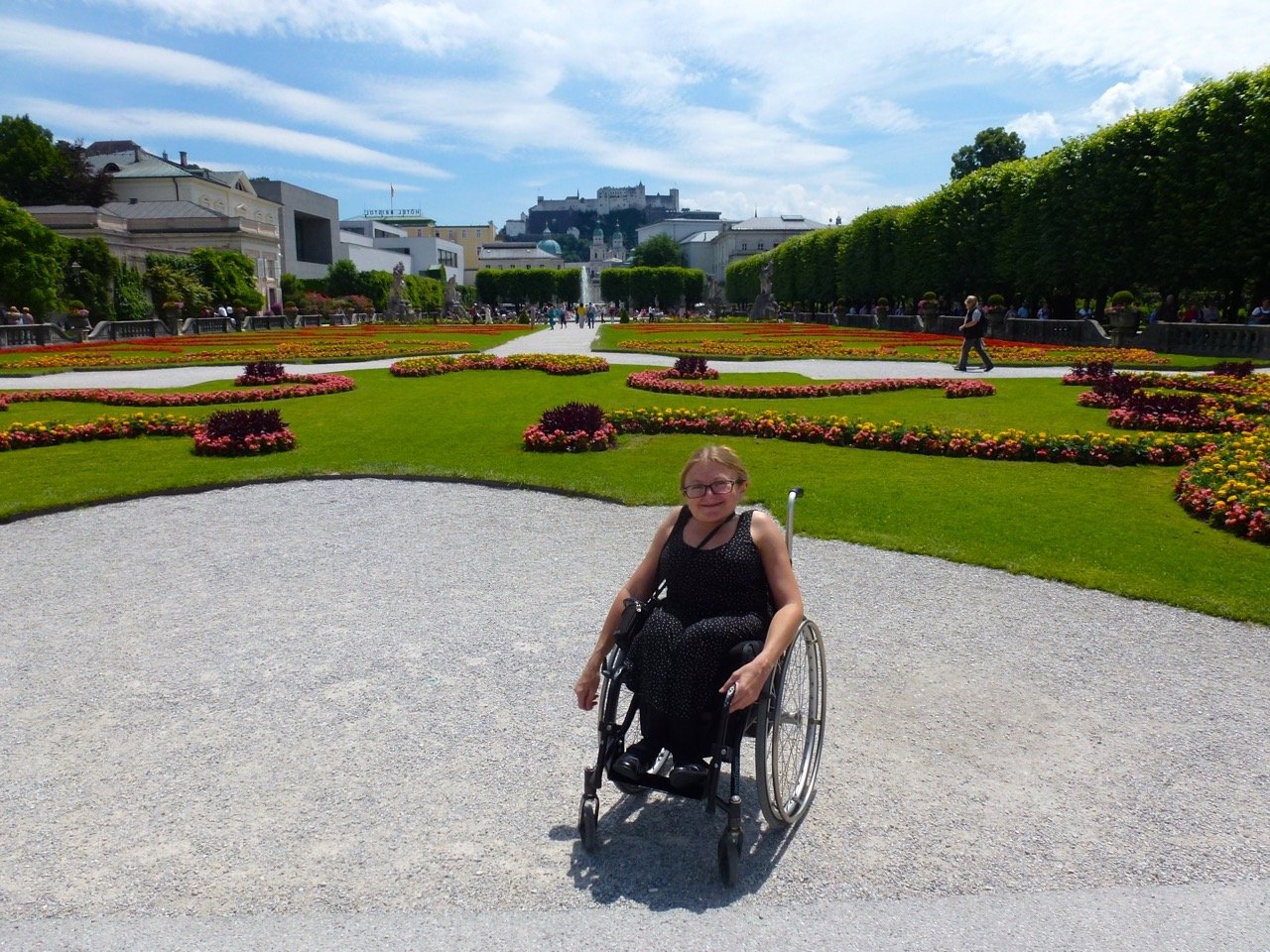 Most expensive city:
I never expected a city to be more expensive than Oslo. But it is actually possible. Get your credit card ready for Zürich! And read more about it here.

Scariest brigde:
The scariest bridge is most definitely Øresundbroen from Copenhagen to Malmø (on our way to a conference in Lund, Sweden). Don’t know why? Google “Nordic noir” and the Bridge… 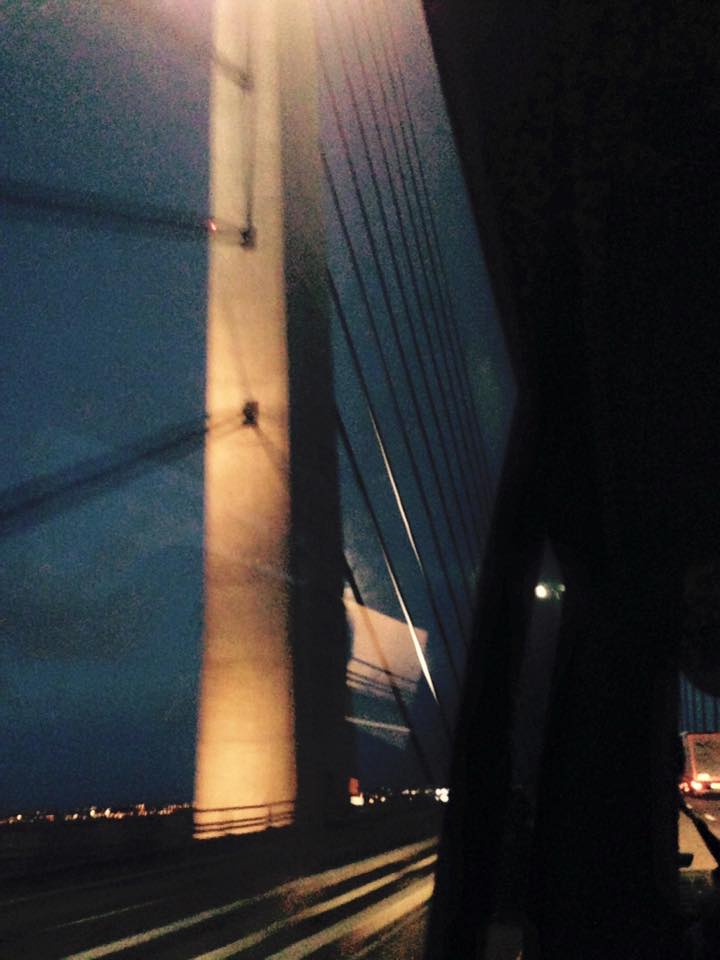 Most relaxing place to be on holiday:
If you disregard some bad wheeling surface – Meloneras, Gran Canaria was a very quiet and relaxing place to spend a holiday. If you want to wheel around more (or if you don’t like German people), you should choose Tenerife instead. 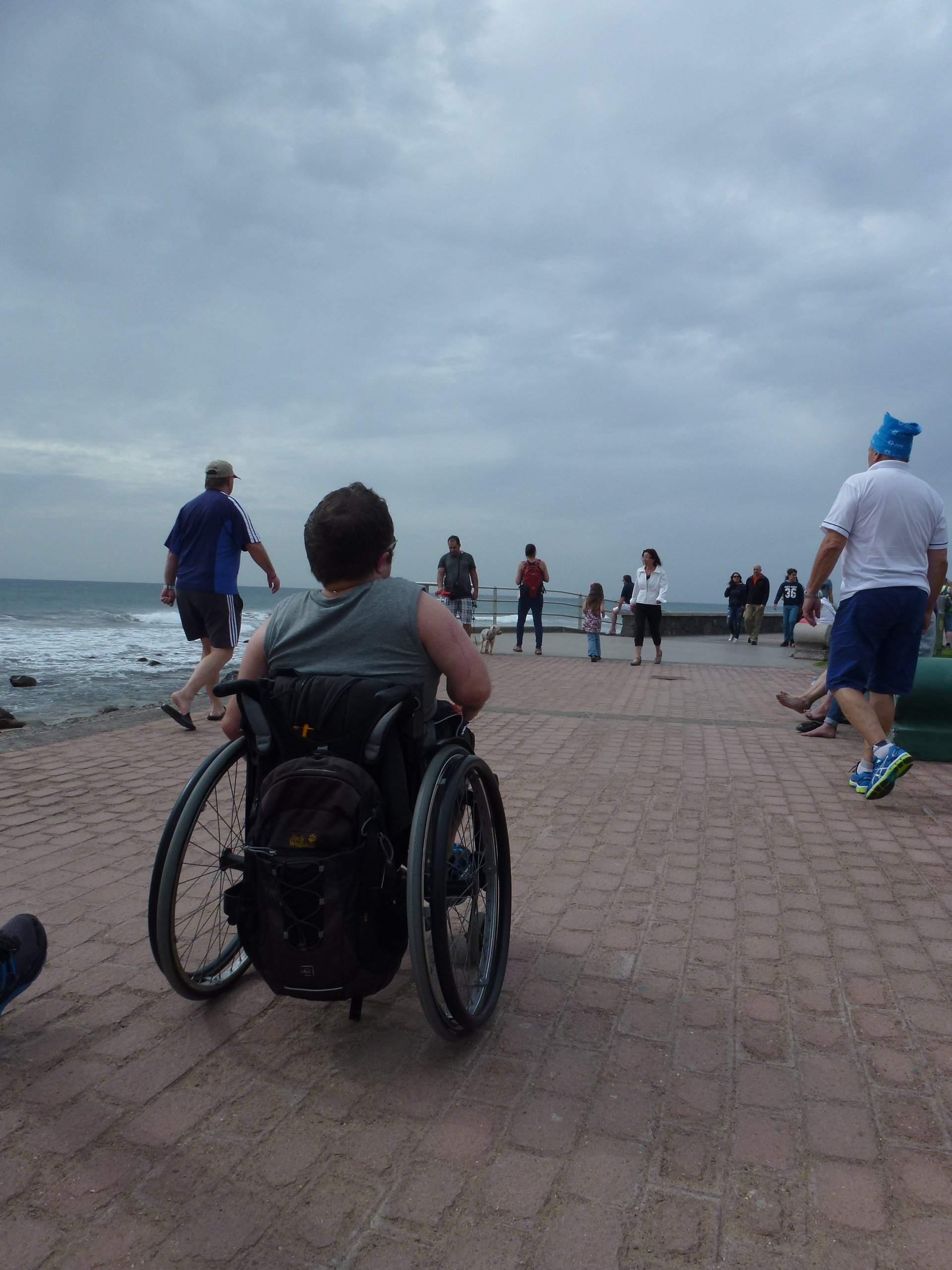 Most touristic place:
There are some competitors here as well (especially on Gran Canaria). But I think my friends agree that Key West in spite of its Southern charm, probably is the most touristic place from 2014/2015. 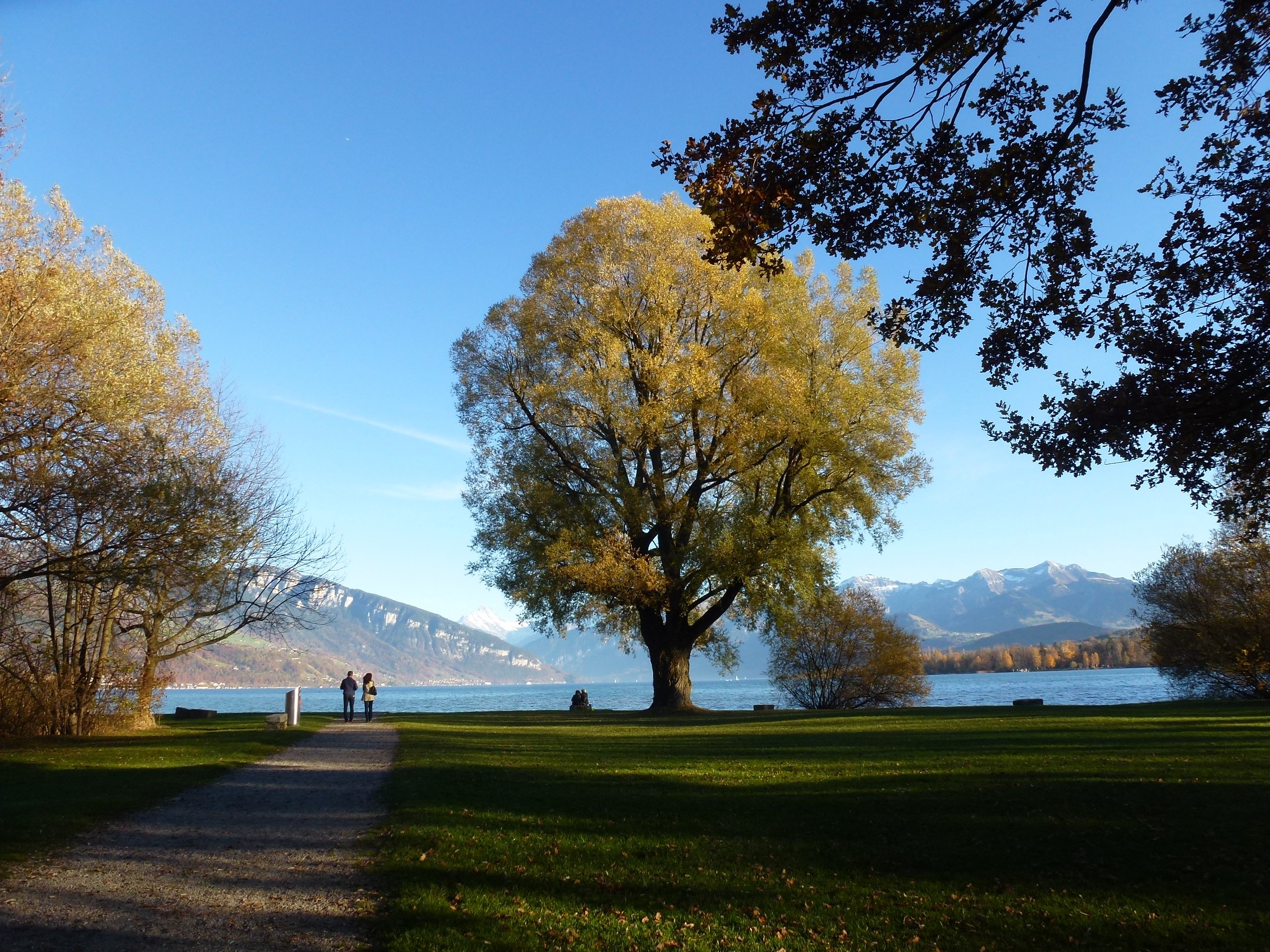 Most noisy hotel:
Choosing a hotel because the lobby looks cool might not be the smartest thing, even if the hotel has a super central location. Or maybe that was the problem? The Night Hotel Times Square, had construction work in the neighbour building. And they started at six in the morning! When we complained, the reception just shrugged their shoulders and said: “You are in Times Square, New York – what do you expect…?” 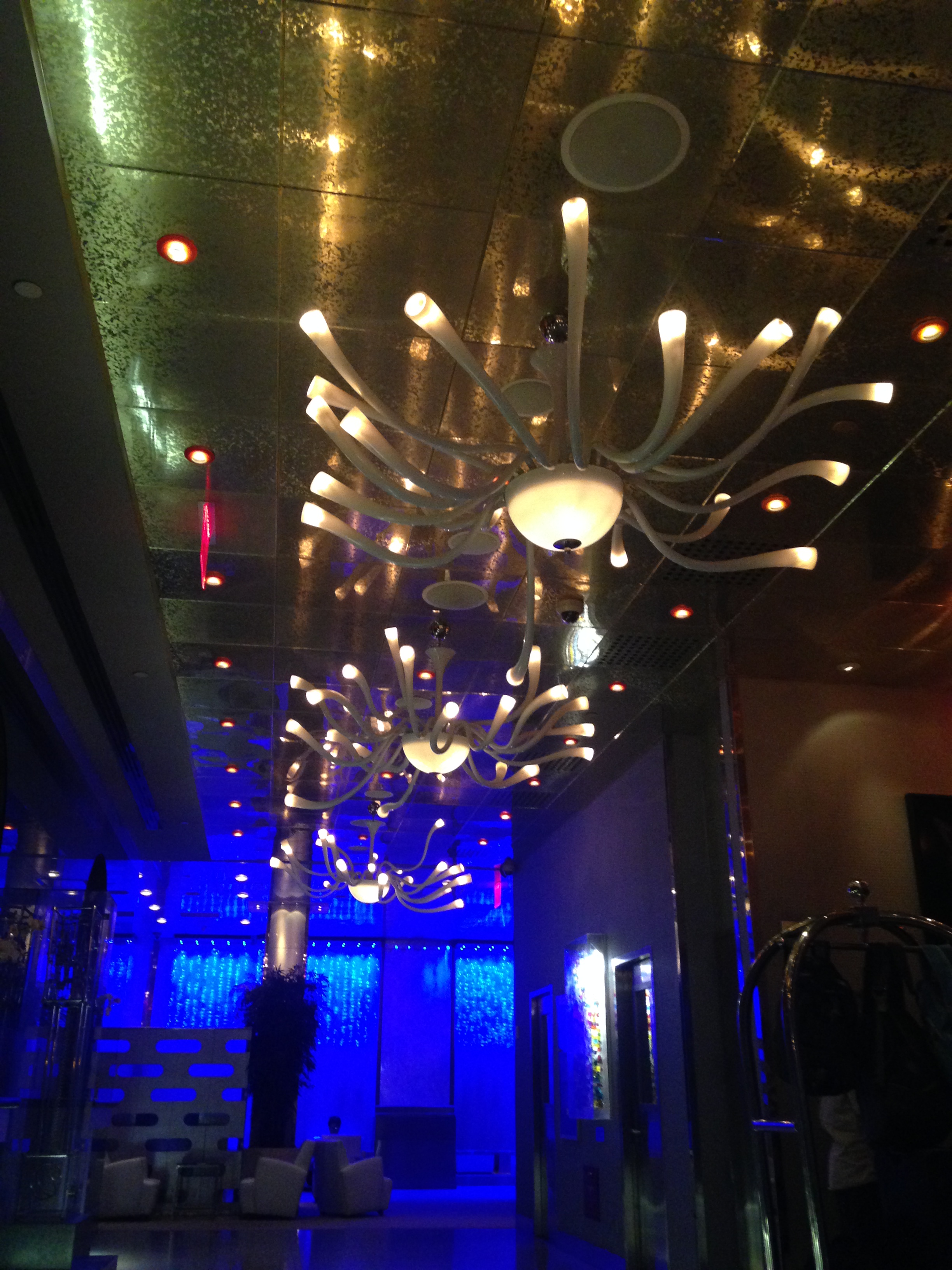 Worst place to get a taxi:
Everyone knows that the worst place to “hail a cab” is New York. But I got lucky there. So my personal answer is Arguineguín. When you ask a travel agency for an accessible place to stay in Gran Canaria they might suggest the (slightly Norwegian) fishing village Arguineguín. But this is no longer the best option in my opinion. Even if they have curbcuts most places and some of the hotels might be semi-accessible, parts of the town is very hilly. And to get to the taxi stand you have to wheel up a veeeery long and steep hill. Or wait for a very long time…