Because of Nelson Mandela’s death a few weeks ago, everyone wanted to go to Robben Island in December 2013. But fortunately for us on December 25th, everyone in Cape Town were busy opening their Christmas presents. So it was just us and a bunch of other forreign tourists visiting the island that day, where Mandela was kept in captivity for over 20 years.

Ingrid and I had been to Robben Island before. But we didn’t mind a little rerun of our experience, which is definitely a nice one (and a must do while in Cape Town). The boat takes you from Waterfront (at the clocktower) out to the island.

So I guess the staff were quite happy to see us show up (not). First we were three wheelchair users from Norway and then came another one from Botswana (who looked as if he had OI, but didn’t). The good thing about South Africans though is that they only freak out for a second or so and then they start looking for solutions (in a kind of relaxed way). And the solution was very simple in this case. Carry us the few steps to get onboard and then go to Robben Island with the wheelchairs out on deck (together with quite a few other travelers).

And since the day turned out to be both sunny and with smooth sea (should have been on Table Mountain today yes) it was absolutely no problem sitting on deck. On the contrary. We actually enojyed ourselves quite a lot in the sunshine.

Not too sure if the Japanese tourists agreed, sitting there with their masks and gloves on. But we really don’t cared. What’s that thing with the mask though? Pollution? Won’t find a lot of that here. Germs? Sunburns? None of us knew, and came to the conclusion that we just don’t understand the Japanese…

After beeing carried on land on Robben Island we were met (as last time) by a wheelchair accessible car with a very friendly and knowledgeable guide, who said he was studiyng history at the university. He told us that both his father and uncle had been prisoners at Robben Island. He drove us around the island, and along the trip he told us about the history of the island, including everything from lepracy institution, political prison and WWII historical site. Basically (to sum it up) Robben Island was a place where they sent ‘problematic people’ that they did not want around. He also told us some parts of the apartheid history and the ‘dompas’, which was given to black people as a permission to stay in Cape Town (that was a whites only city) for work or short time periods.

After the short drive around the island, you are met by one of the ex-prisoners who show you around the prison and tell you about its history and how it was like to be kept in captivity there. Our guide was very nice. Unfortunately his African accent was quite hard to understand, but we managed to get 40-50% of what he was telling us.

If you say you are from Norway, they usually give you a warm welcome on the island. First of all because we gave the peace price to Nelson Mandela, FW de Klerk, Albert Lutuli and Desmond Tutu. Second, because the doctor who came up with a cure for lepracy is from Norway and third (which none of us had heard about) – they had an exchange programme for ex-prisoners, who went to Norway to have lectures about apartheid. Outside our car, we met one of the ex-convicts who stayed in Norway for 15 months, so it’s basically a small world. But as the typical Norwegians we are, we are always happy that someone has heard about or small country waaaaay up North. 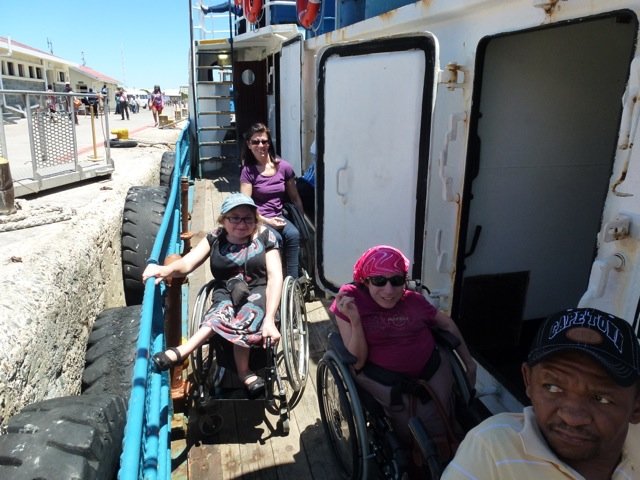 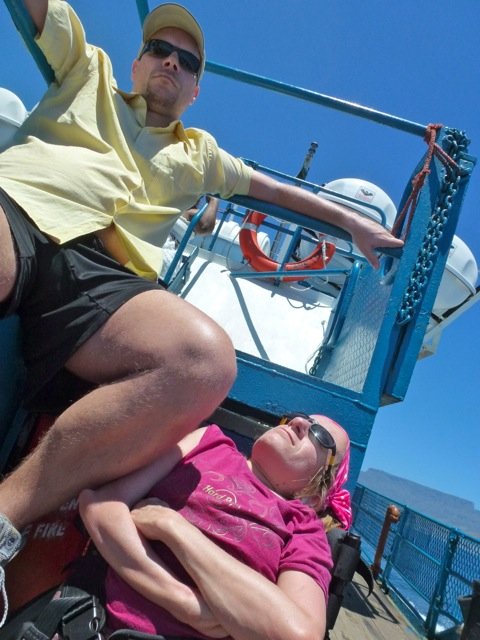 After enjoying a sunny trip back to V & A Waterfront we enjoyed a pre-booked lunch at Karibu. The place was nice (at least the springbok was), so we decided to book a table there for New Year’s as well. Something we would regret later, but that is a completely different story (and blog post).

Not dreaming about a white Christmas

On the road again (and again)