The Sidewalks of Rio

When I read about Rio de Janeiro on the Internet before we arrived here, I got the feeling that Leblon and Ipanema streets were fairly good regarding wheelchair access, but that Copacabana and the rest of the city was pretty hopeless. This is not completely true, since Copacabana is more or less similar to Ipanema, when it comes to moving around with a wheelchair.

I had also read that the Rio sidewalks are covered with stones in specific patterns, which turned out to be exactly true. There are different patterns for each neigbourhood, and according to the lady with the hot dog, the stones come from a small city in Portugal. 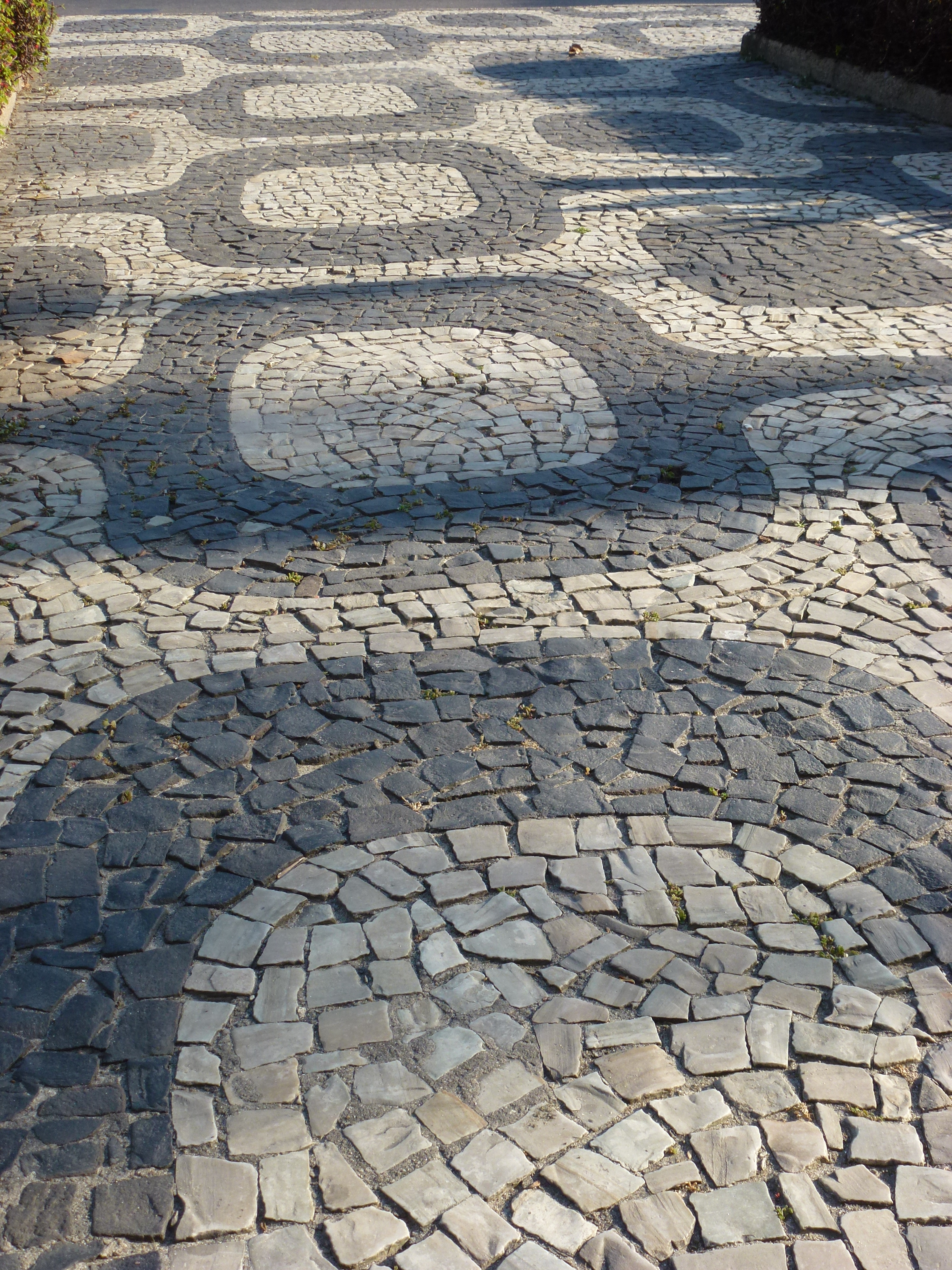 Both Leblon and Ipanema have nice curbcuts (better than in Oslo) most places. There are green lights and no problem to cross the street (move fast when the lights are green or flashing red). However, the sidewalks are all covered with ”Portugese stones”, which is smoother than traditional cobblestones but definitely worse than asphalt or other types of sidewalk. It is absolutely possible to wheel yourself in a wheelchair. However it can sometimes be a bumpy ride, and it definitely takes (probably 2-3 times) more energy than wheeling on asphalt. I am glad I had someone to push me most of the time in Rio. The bumpy sidewalks can also cause some backpain, but nothing that the magnificent view can’t make you forget about… 🙂

Sundays (and Dec 25th and Jan 1st) are great for getting around the beach areas. They close the lanes closest to the beach on both Ipanema and Copacabana, making it very easy to wheel further distances. Make sure you MOVE away from the street before 7 o’clock (sharp), when they open the street for cars again. We did not understand this until it was a bit too late. I must say, we felt like pretty silly tourists, suddenly being ”trapped” in the middle of Rio traffic!

On Copacabana I was less optimistic about the wheelchair access, but it turned out that the sidewalks are more or less the same as in Ipanema. The sidewalks are covered with the same stones (although with another pattern), and there are usually curbcuts (although some of them can be a bit steep) in most streets. You will find some holes and bumps in the sidewalks, but if you watch where you go, it is not a big problem to move around with a wheelchair.

We have also visited Rio’s City Centre (Centro), and we found that this area can be more complicated to move around in with a wheelchair. We started out in some small pedestrian streets (Rua Urugaiana) close to the Carioca subway station, and there were old fashioned cobblestones, narrow sidewalks and hardly no curbcuts. The area around the Old Square and the ferry dock was much better, as well as the bigger streets between Centro and the Lapa area.

Rua Urugaiana (at least I think so)

When we got to Lapa, the curb cuts were more or less non-existing. You will definitely need help to move around in this area. They have some nice bars with live music there though, and it is obviously the trendy place to go out at night. We ended up in Sarau Rio’s, where they had a very pleasant bossa nova music and some tasty capirinas with different kinds of fresh fruit.

The sidewalks of Rio are bumpy and decorative, but in our opinion – better than their reputation… 🙂

A Walk on the Green Side