Antoni Gaudí was an architect from Reus, Catalonia, Spain. He is the best known practitioner of Catalan Modernism. Gaudí’s work was influenced by his passions in life: architecture, nature, and religion. His work enjoys global popularity and continuing admiration and study by architects. His masterpiece, the still-incomplete Sagrada Família, is the most-visited monument in Spain. Between 1984 and 2005, seven of his works were declared World Heritage Sites by UNESCO.

The devil is in the details, they say. And since Gaudi was deeply religious, I guess he would rather say it is God. Choose which one you want! But whatever you choose – be sure to take your time when exploring Gaudi!

Now come and join me while I show you my highlights from my visits into the exceptional universe of Gaudí:

La Sagrada Familia
The first time I visited La Sagrada Familia (2004) I only saw it from the outside. I cannot remember if it was because it was not open for the public at the moment or if we just didn’t bother because the queues were too big. But the latter would be a big mistake. This church is like nothing you’ve seen before. My feeling when we first entered it, was like entering a science fiction movie. Wow, is not a strong enough expression. And since the church is still under construction (and probably will be for many years to come), it will probably be different every time.

The church is accessible for wheelchair users, but I cannot remember if you are able (or allowed) to go up in one of the towers with a wheelchair.

Get ready for an out of the ordinary experience…

Casa Batlló
Casa Batlló, which is probably my favourite Gaudi building, is the result of a total restoration in 1904 of an old conventional house built in 1877.  Gaudí used for it the typical constructive elements of the Modernisme (Catalan Art Nouveau) that include ceramics, stone, and forged iron.  Even though it was highly criticized by the city during construction due to its radical design that broke all the bylaws of the city, in 1906 the Barcelona City Council awarded it the recognition of being one of the three best buildings of the year. 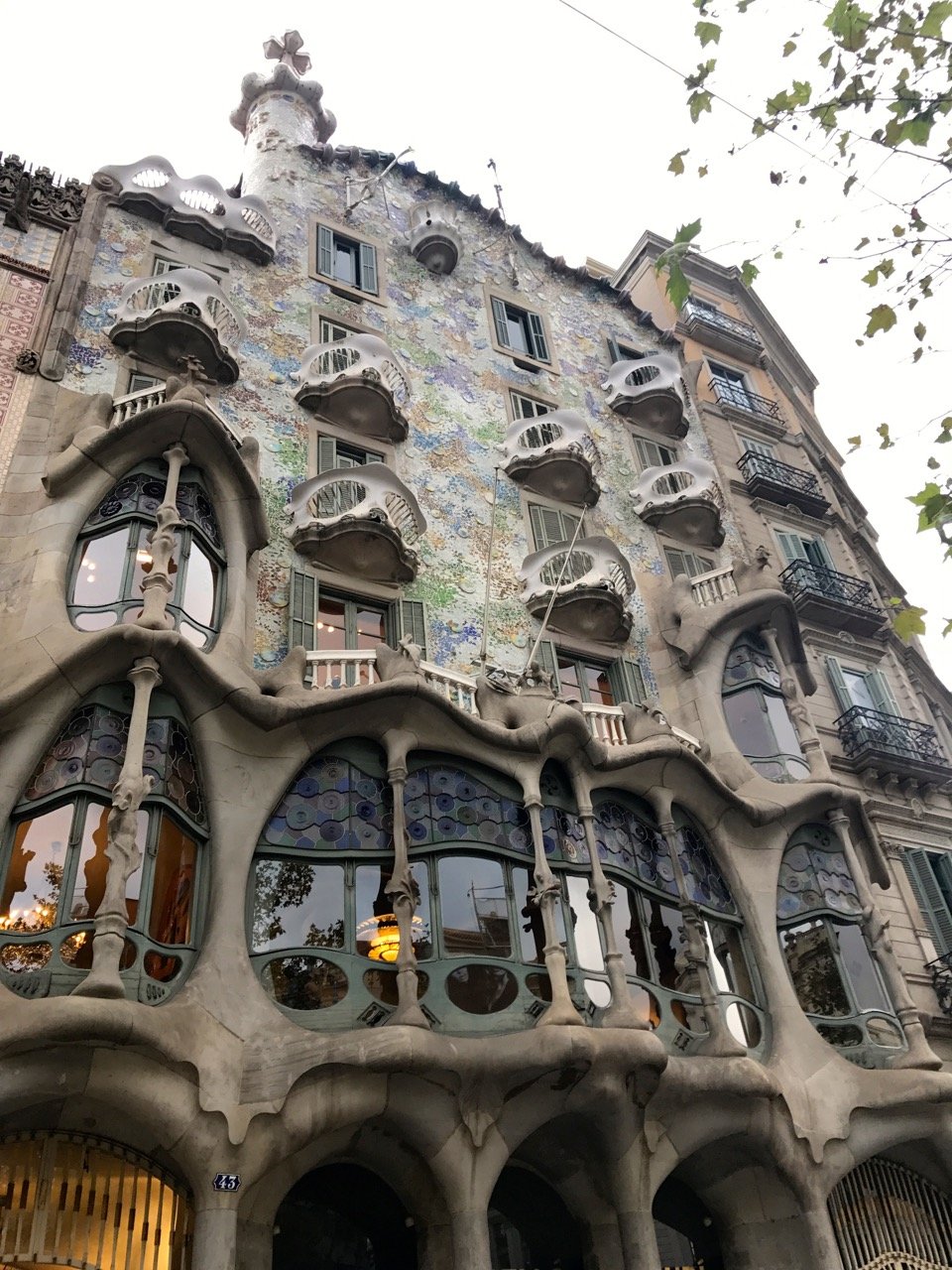 The house is only partially accessible for wheelchair users, because there is a quite high and uneven threshold to get in. So a power chair might struggle.

And the lift inside is old fashioned and super tiny, so only the very small (or even foldable) wheelchairs will fit. And it is the tour in the upper levels, that is really something to see. Only parts of the building is open for tourists.

Cascada Fountain at Park de la Ciutadella
The Cascada Fountain is over the top as much of the Gaudi’s work. But I love it. It is situated in a huge park, called La Ciutadella in the Eastern part of the city. It’s a nice place for a Sunday walk. And it is totally wheelchair accessible to wheel around on the different paths, where some have asphalt and some have sand. But we struggled to find an accessible toilet when we were there in 2010. Maybe it has improved since? 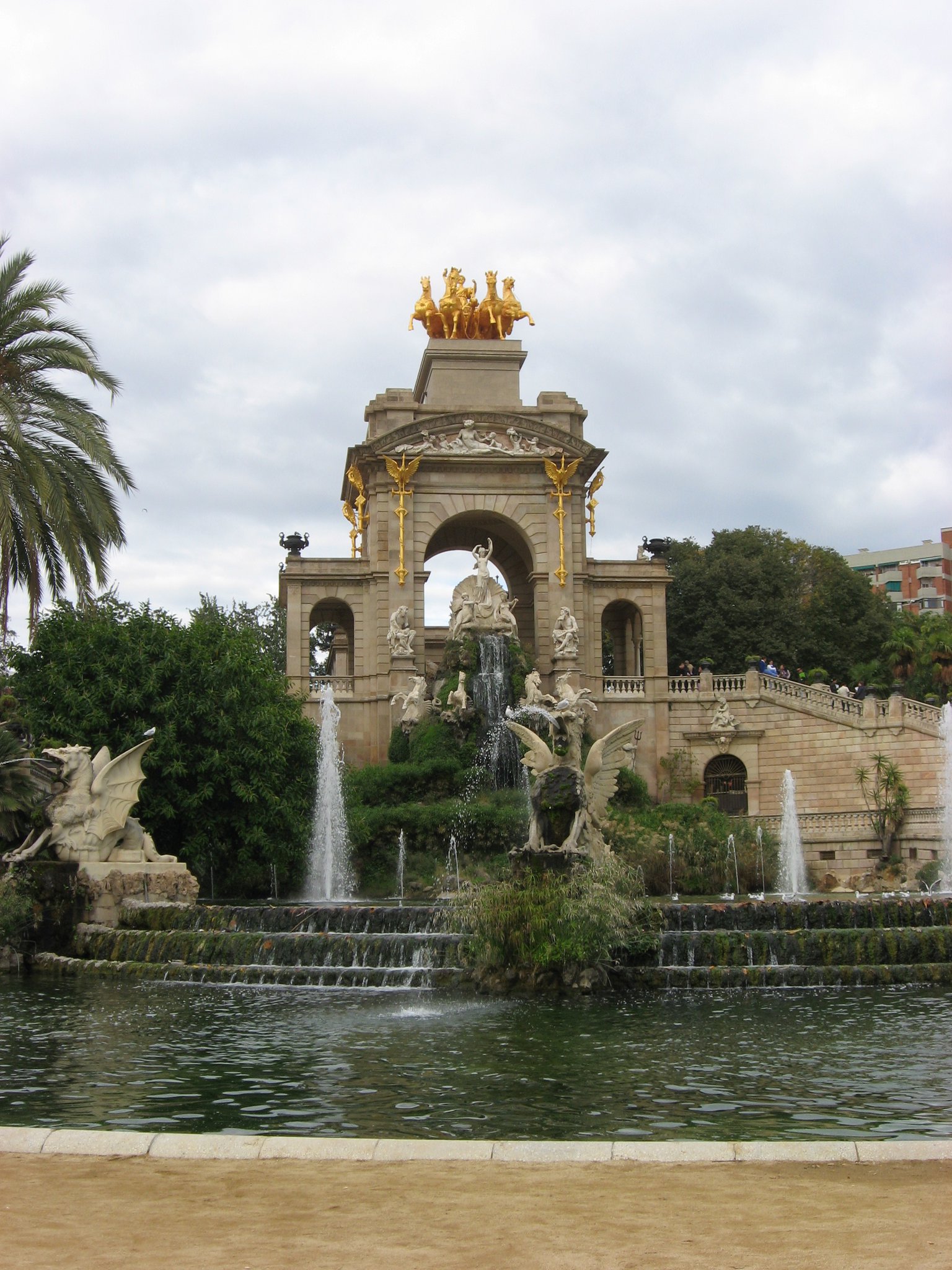 Palau Güell
This is the palace residence of the Güell family. The exterior shows a sober façade that doesn’t resemble other projects made by Gaudí. On the other hand, the interior and the roof make up for the lack of “Gaudiesque” elements in the façade. I have only seen it from the outside.

The Gaudi Hotel
I love Gaudi, but I cannot say the same about the Gaudi Hotel. The hotel is situated on a side street in the Southern part of La Rambla. The hotel was wheelchair accessible, but the main problem was the noise. Until late at night you have noise from drunk people in the street coming out of the various bars. And only a few hours later you get the noise from the garbage trucks. Between those hours, there was a problem with very low violin music coming through the ventilation system. Very low, but just loud enough to be annoying. So bring airplugs! Since we stayed there in 2008 – I cannot remember how the bed was, but my gut feeling tells me it was too hard.

The same goes for the hotel H10 Raco del Pi, which was the third hotel we tried in Barcelona. Super charming small hotel in a quiet street in Barri Gotic. But their beds were like sleeping on a rock. Horrible!

The first hotel we tried in Barcelona was called Hotel Regina, which is just around the corner from Hotel Jazz. I would not really call it wheelchair accessible, because their elevator was way too small even for a tiny chair and the ramp to get to it was way too steep. We needed help from the oh so charming receptionist, who gave us lollipops and announced that he loved Norwegian women. And oh…when the upstair guy showered, it kind of rained down through a lamp in our room. Probably not too safe…

Read more about Gaudi in the next blogpost!