Such dusky grandeur clothed the height,
Where the huge castle holds its state,
And all the steep slope down,
Whoose ridge back heaves to the sky,
Piled deep and massy, close and high,
Mine own romantic town! 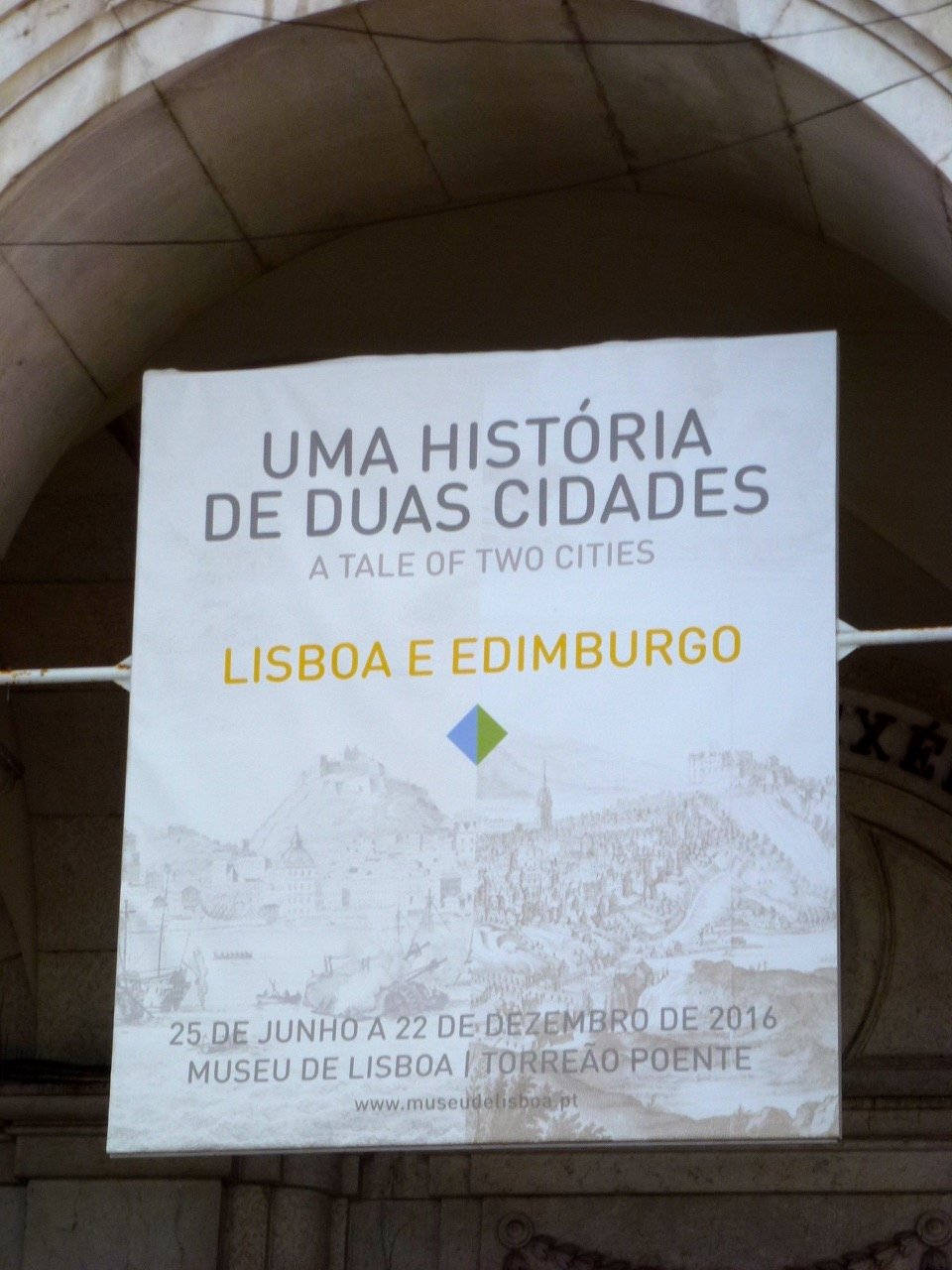 When I was in Lisbon I spotted this sign about a collaboration between Lisbon and Edinburgh. How fitting, I thought. The two cities I have visited in 2016 because of conferences, that I might not have chosen otherwise. 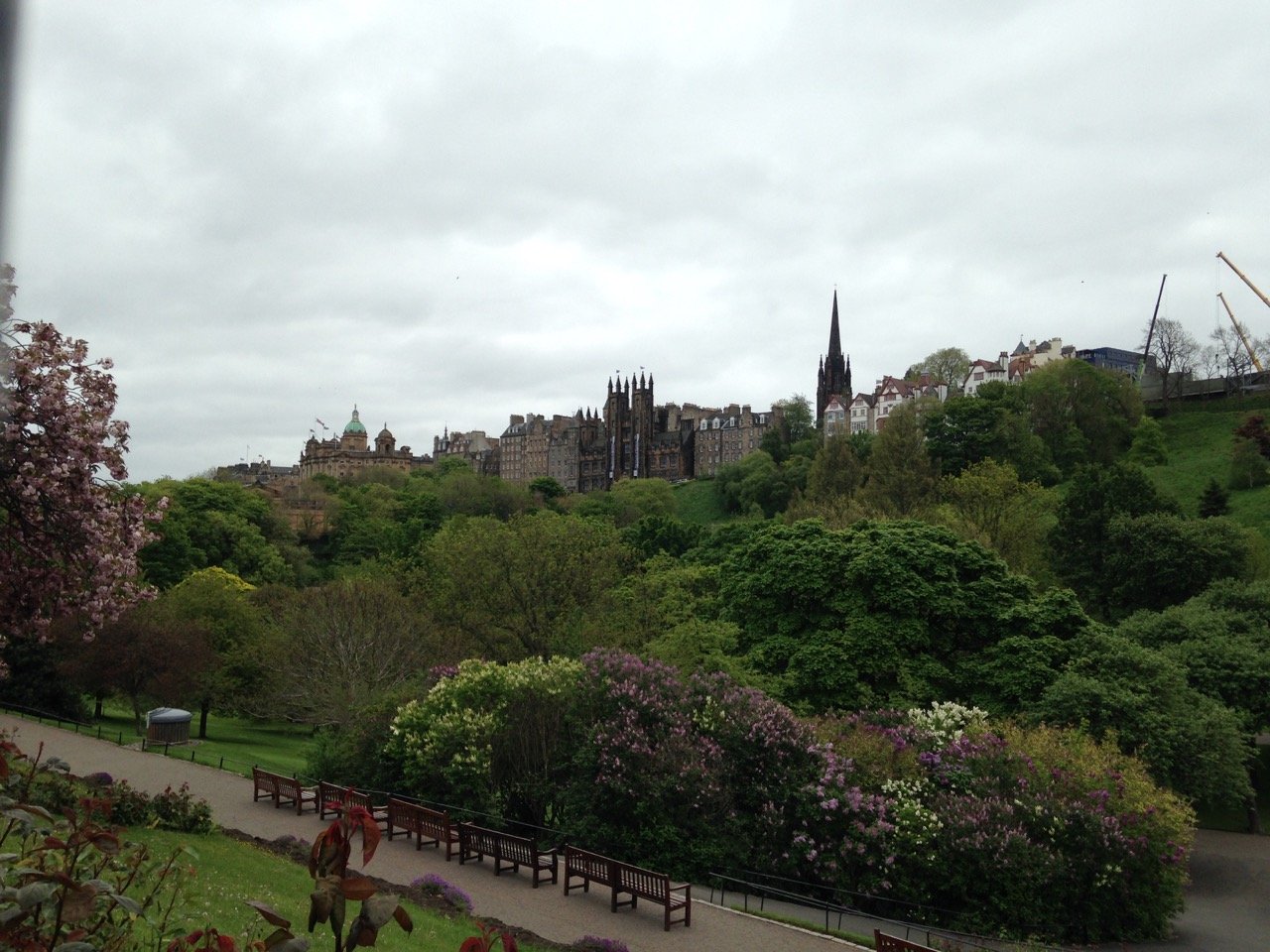 And to start with the most important message:
Edinburgh in Scotland, UK is ever so charming, but it is not very wheelchair accessible. As a wheelchair user, I would think twice before choosing it as a holiday destination. Unless you have some important business to do there.

At least bring an assistant! The reason for this is mainly steep hills, cobble stones (the bad kind) and few restaurants with wheelchair access and/or toilets. 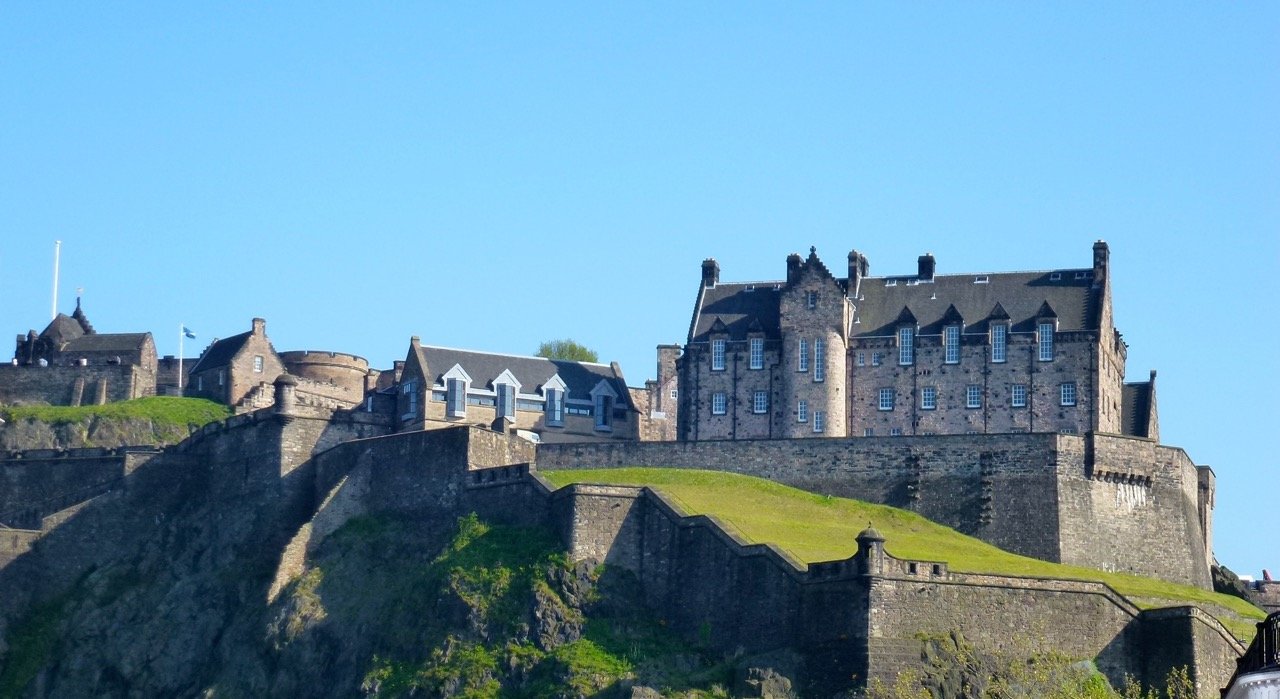 Well, I had business to do in Scotland the last week of May 2016. I had brought my companion Inger-Margrethe, who had offered to help me when the hills got too steep or the cobble stones too bad. We were attending the membership meeting of EURORDIS and a big European conference on rare diseases (ECRD) together with my neighbours Rebecca and Knut Erik. And before this, we were paying our colleagues in the Brittle Bone Society in Dundee a visit. So we also got to try public transportation, which was better than the wheelchair access in general.

Most trains, buses and trams seemed to have some form of wheelchair access. The black taxis had ramps (however quite steep), which made them easier to get in and out of than a normal taxi. Some of the sightseeing buses (Grayline) were accessible with an automatical ramp. The Grayline stop was next to the Waverley station and we did the Hop on Hop off tour on our last day in Edinburgh. It also seemed possible to take wheelchair accessible transportation to the airport (tram). But we chose taxi instead, because of our luggage. Carrying a bag in streets with nasty cobble stones is a risky project, and we did not want to go home with any broken bones.

We stayed in the Hilton Double Tree (Edinburgh city centre), which was mainly chosen because of walking distance to the conference hall. The Sheraton, where the conference took place was way out of our price league.

The disabled friendly room in the Double Tree was nice, with a big and not too hard bed. There were two major complaints though – and the first was the noise. Our room had a big oldfashioned decorative and poorly isolated window facing the street (see photo below).

And there were both traffic (from three streets) and drunk people late at night, creating some challenges in getting asleep. To be honest – I would be helpless without ear plugs, that I had fortunately brought by accident.

The second thing to complain about was the bathroom. The access was perfectly fine, with grab bars and a wheel-in shower. However – there was an intense smell of gas in the bathroom, that came through the ventilation system. Especially during the night. First of all it made me worry that the whole bathroom could explode. But the smell was also making me pretty nauseous. 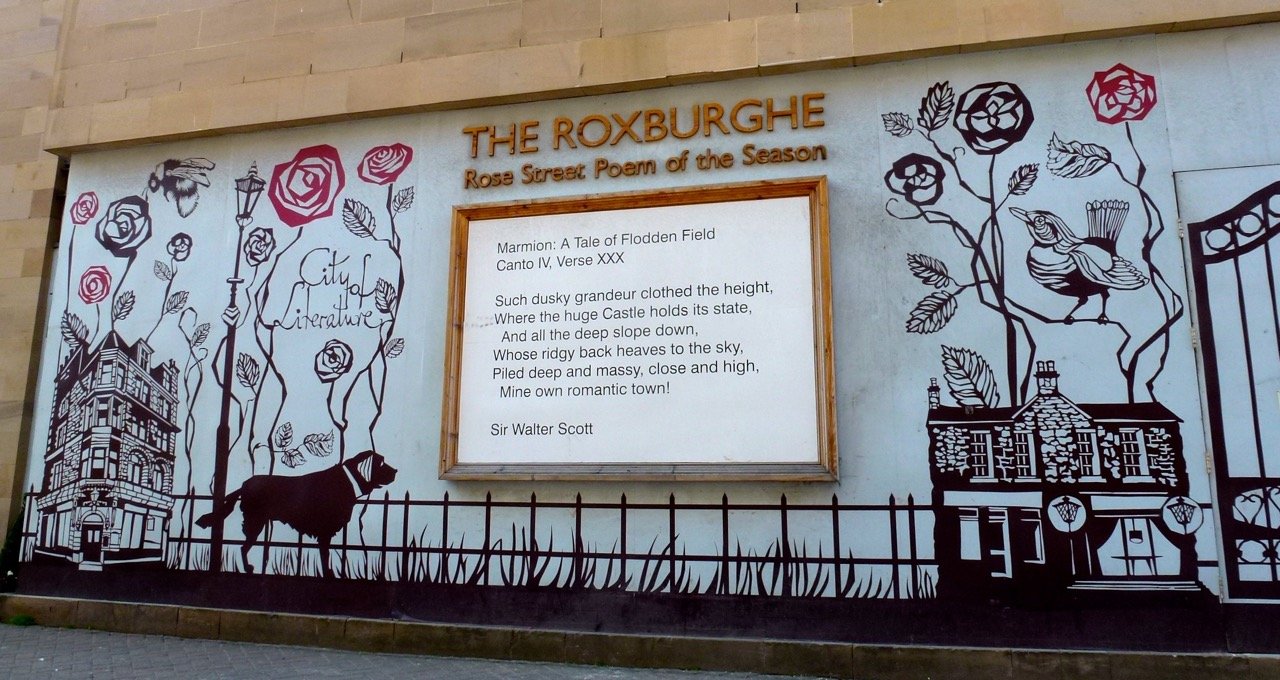 But…fortunately we did not explode. We lived to tell. And in the next blogpost you can read about my top 10 reasons for going to Edinburgh (as a wheelchair user).

Until then: Cheerio lads!