Wheeling Lisbon – You had me at hello

I long to see the sunlight in your hair
And tell you time and time again
How much I care
Sometimes I feel my heart will overflow
Hello!

To be perfectly honest, the title of this blog is not true at all. Because it took a while before Lisbon (or Lisboa as the locals say) got into my heart. Four years ago – during my first stay in Lisbon, we only stayed in a conference hotel (Novotel Lisboa). The hotel was situated in a street where the cobble stone sidewalks had none or few curbcuts. And it was almost impossible to wheel around by ourselves, without the danger of being run over by a car. So the sightseeing in 2012 was done through a three hour bus ride. The good thing about the bus ride back then, was that I got to know the different areas of the city. And I learned where the flat part of Lisbon was.

The first time André was in Lisbon was 12 years ago. And he got both terrified and annoyed while doing wheelchair sightseeing in the steep hills of Lisbon. And there are many of those. So when I told him that the next annual meeting of the OIFE was going to be in Lisbon, he answered me spontaneously:

A: Have you gone completely mad? Lisbon?! This is your first AGM as the OIFE president. Could you not have chosen a more difficult place to host a meeting with a bunch of wheelchair users?

Me: Ehm, well. I kind of had no choice. The big scientific conference about OI in 2016 is going to be in Lisbon. And it fits to have the AGM connected to that.

A: Well I think it’s a bad idea no matter what!

When I told the organizers about André’s reaction, they told me not to worry. Things were changing for the better in Lisbon. The city was getting more friendly to tourists, both with and without wheelchairs. And even if I did not feel completely reassured by this, I decided to book three extra days of holiday after the conference. Both because I felt we would need some relaxation after five long days of meetings. But also because I wanted to see how much it was possible to do in Lisbon (anno 2016) for two wheelchair users traveling without assistance. Reluctantly I got André along with the idea. And after searching for a hotel in the area that I knew was flat (around and below the Rossio square), we ended up with the Internacional Design Hotel.

Expensive, oh yes. I must admit. But it was only for three days. And the hotel had the perfect location at the lower end of the Rossio square. When I saw the photos from the hotel, I kind of got the same feeling as I did when I found 25 hours hotel in Zürich. A playground for happy hipsters. And I secretly started dreaming about having a room with a view. A balcony facing the pedestrian area and the Rossio square… 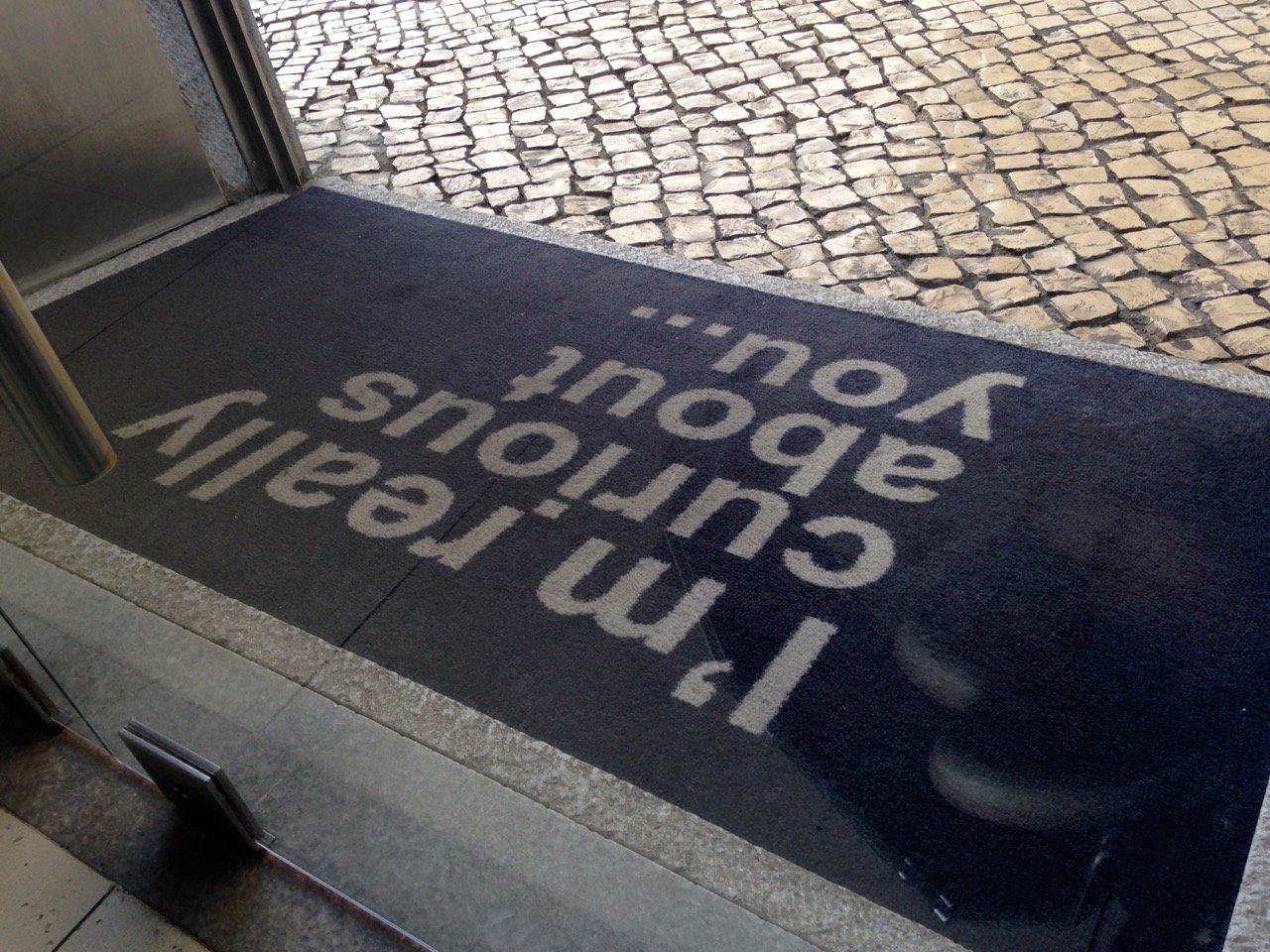 Fast forward to October 11th. We had checked out of Novotel Lisboa and said goodbye to Taco and his friend. A friend that he accidentally bumped into on the streets of Lisbon a few days earlier. They had not seen each other for more than 20 years and now they had decided to catch up and have a coffee together. André and me had other plans. We stuffed our wheelchairs and belongings into a normal taxi and headed for our hotel in the flat area. Taxis are really cheap in Lisbon, so you mostly pay between 5 and 8 euros within the inner city (zone 1). But according to Taco’s friend, they might try to fool you.

We did not experience anything like that however. To be honest, during our holiday in Lisbon, André and me only encountered friendly people and received good service. It started on the sidewalk outside the Benetton shop at the Rossio square.

We were getting all our pieces out of the car and had just put our wheelchairs together, ready to pick up the bags when a friendly looking guy approached us:

Receptionist: Hello? Are you going to the Internactional? May I help you with the bags?

Receptionist: Oh, we were expecting a couple with wheelchairs. And that doesn’t happen thaaaat often. So I thought it might be you. I was outside to help some other guests find a taxi.

Me: Oh great! Thank you.

Receptionist (inside again): So we have upgraded you to a suite because of the wheelchairs. No extra charge.

Receptionist: …the one with the balcony yes. I hope you will like it here! The room is not ready for a few hours yet. Would you like to have a free welcome drink in the bar, while you wait?

Me (overwhelmed by all this friendlyness): Yes, thank you. That would be nice.

So we took the elevator up to the the bar & restaurant Bastardo. Where we were had some lovely dry white wine. Dry as dust actually. And then the whole situation started to sink in. Finally my days as an AGM workoholic were over. Five days of conferences were successfully finished. We were on holiday. 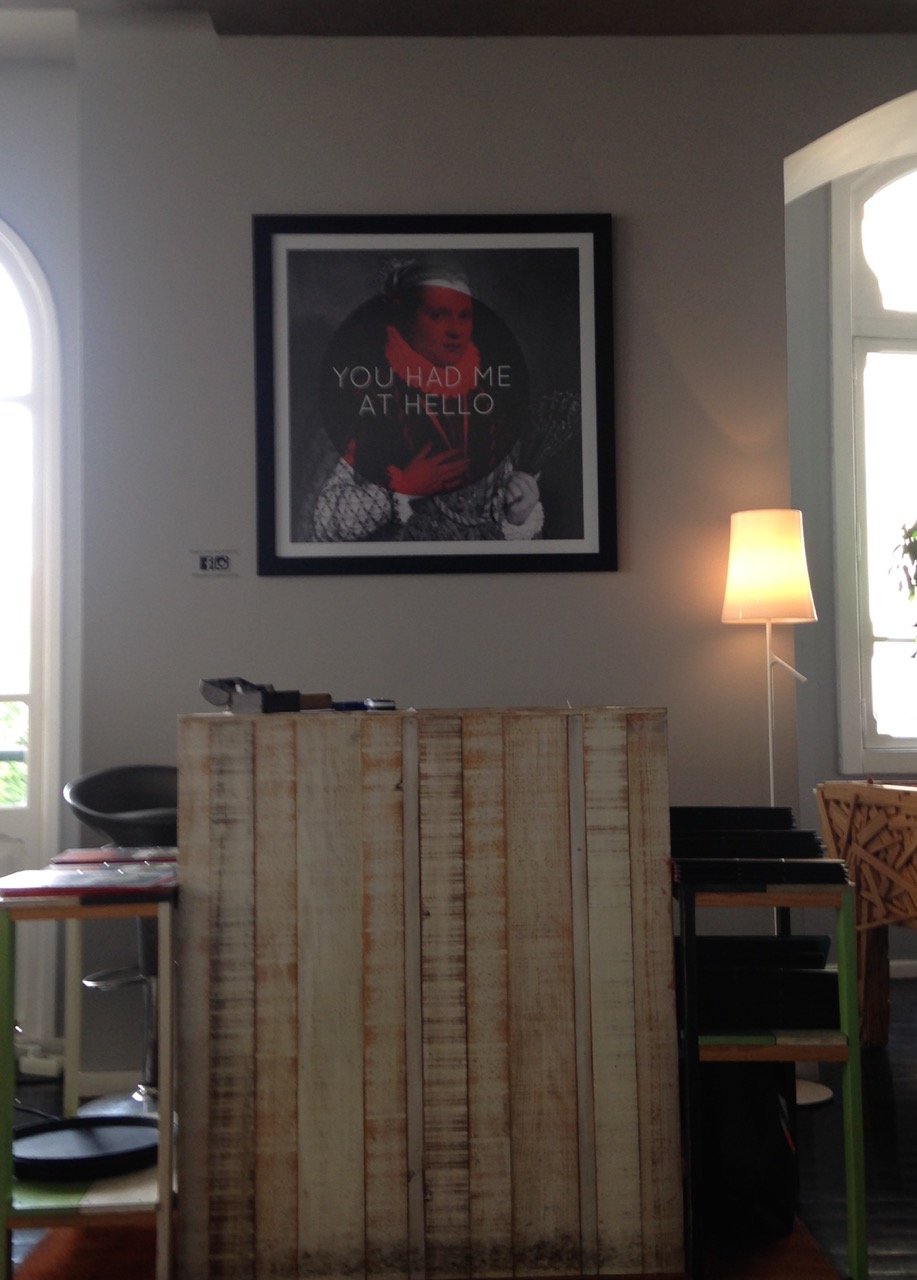 However, the trip to Lisbon did not start that well to be honest….

Come Fly With Me – Part II