Wheeling Zürich – With One Hour Extra 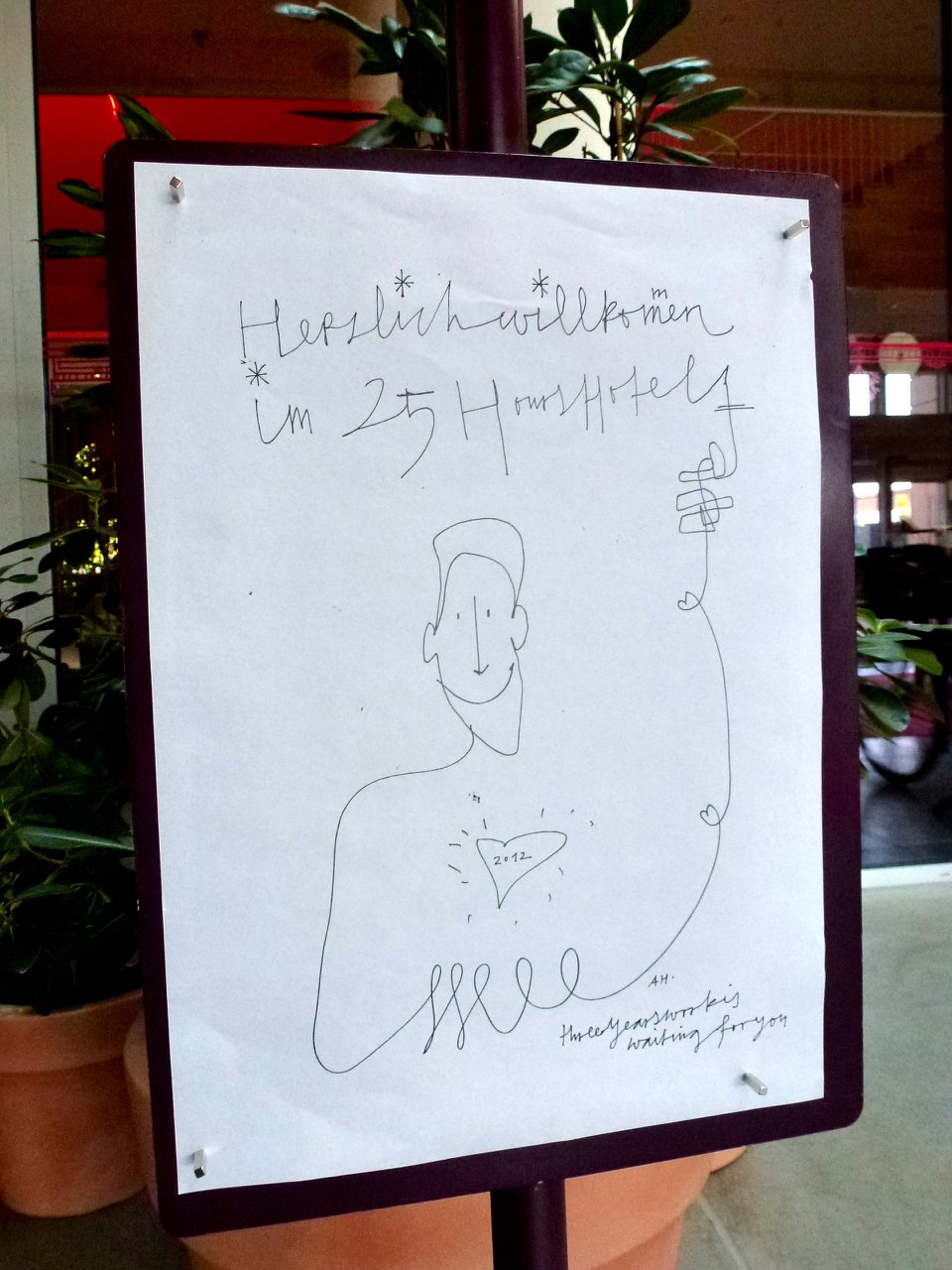 When I was searching for hotels in the Zürich area, I had several alternatives (all overpriced of course), when I came over The 25 Hours Hotel. The price compared to the location was doable. And when I saw the photos from the hotel I totally fell in love. And when I read the reviews, I was sold (4,5 out of 5 on both Tripadvisor and Hotels.com is good). Especially since they claimed to be wheelchair accessible and situated in an up and coming part of town called Zürich West. In the reviews the main concerns were construction work and some people complained that the bed was hard (and that always worries me).

But here’s the truth:

The construction work we didn’t see (but if you have a room facing the street you might hear the cargo trains), and the beds were fine.

And the 25 Hours Hotel in Zürich IS hipster heaven (as I thought it would be). The people at the reception is friendly and you can buy all kinds of alternative stuff there, from trend magazines to Freitag wallets and ecological soap (you can test it in the room). I am sure you can buy environmentally friendly toothbrushes also… 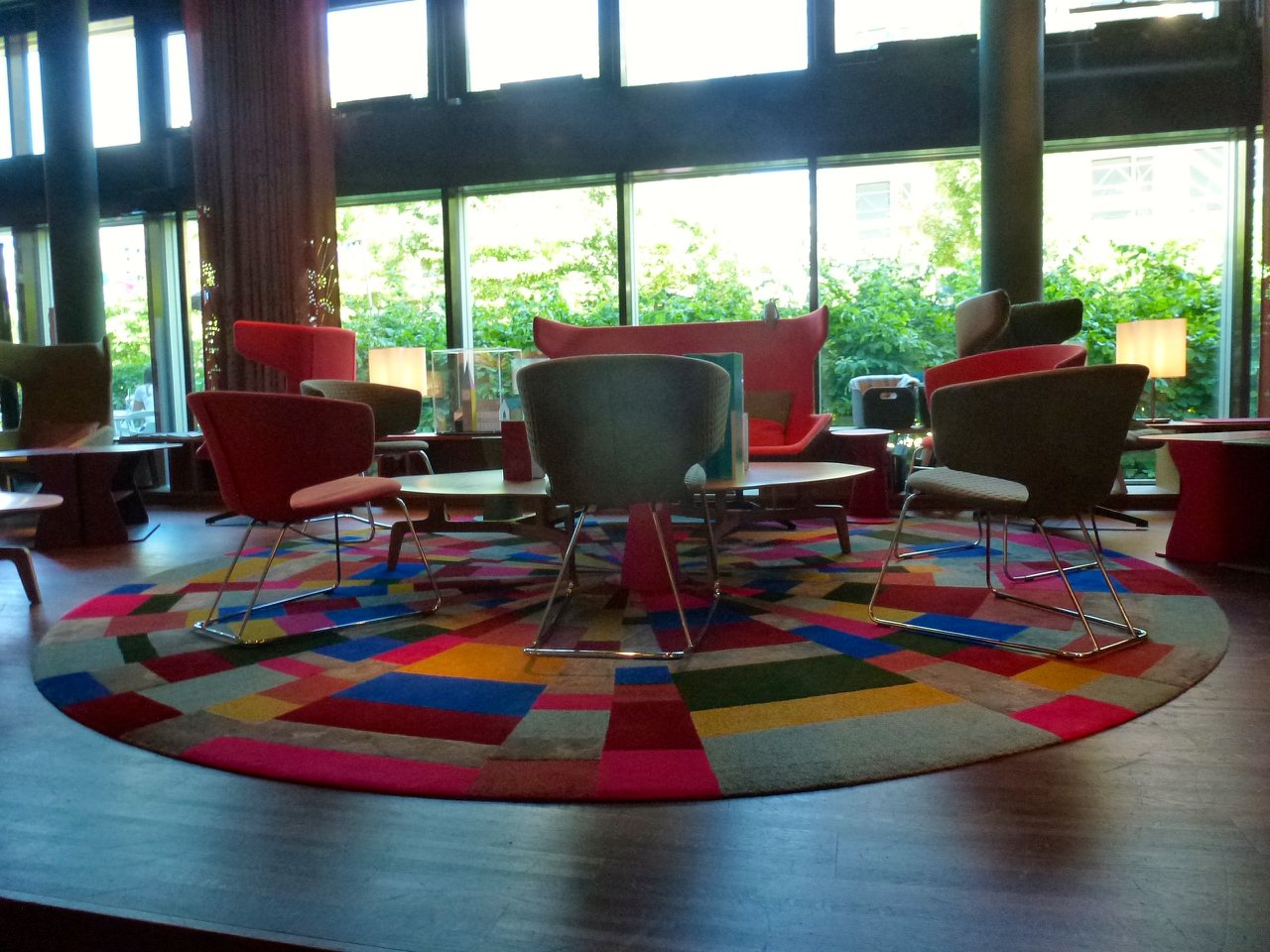 The rooms were spacious enough and the disabled friendly room has one of the nicest accessible bathrooms ever (maybe only beaten by Andels Hotel in Berlin). The fixed shower seat was big and very stable and everything except the ordinary mirror was in correct reach (or adjustable).

The entire design of the hotel was tailor made it seemed, by someone with a quirky mind. Everything from the elevators, the mini bar menu (in a bottle), the mirrors, the pillows, the carpets and the signs you hang outside your door were special. The devil was truly in the details…

And they even had a ping pong table and books or magazines you could borrow on a rainy day. And in the evening, when you looked up at the sauna window from the front of the hotel, you could see a text saying: “We are all a little bit crazy here.” Since this text is not visible in the daytime, there are no photos of it online. And this kind of makes me worry that this was only happening in my crazy mind… 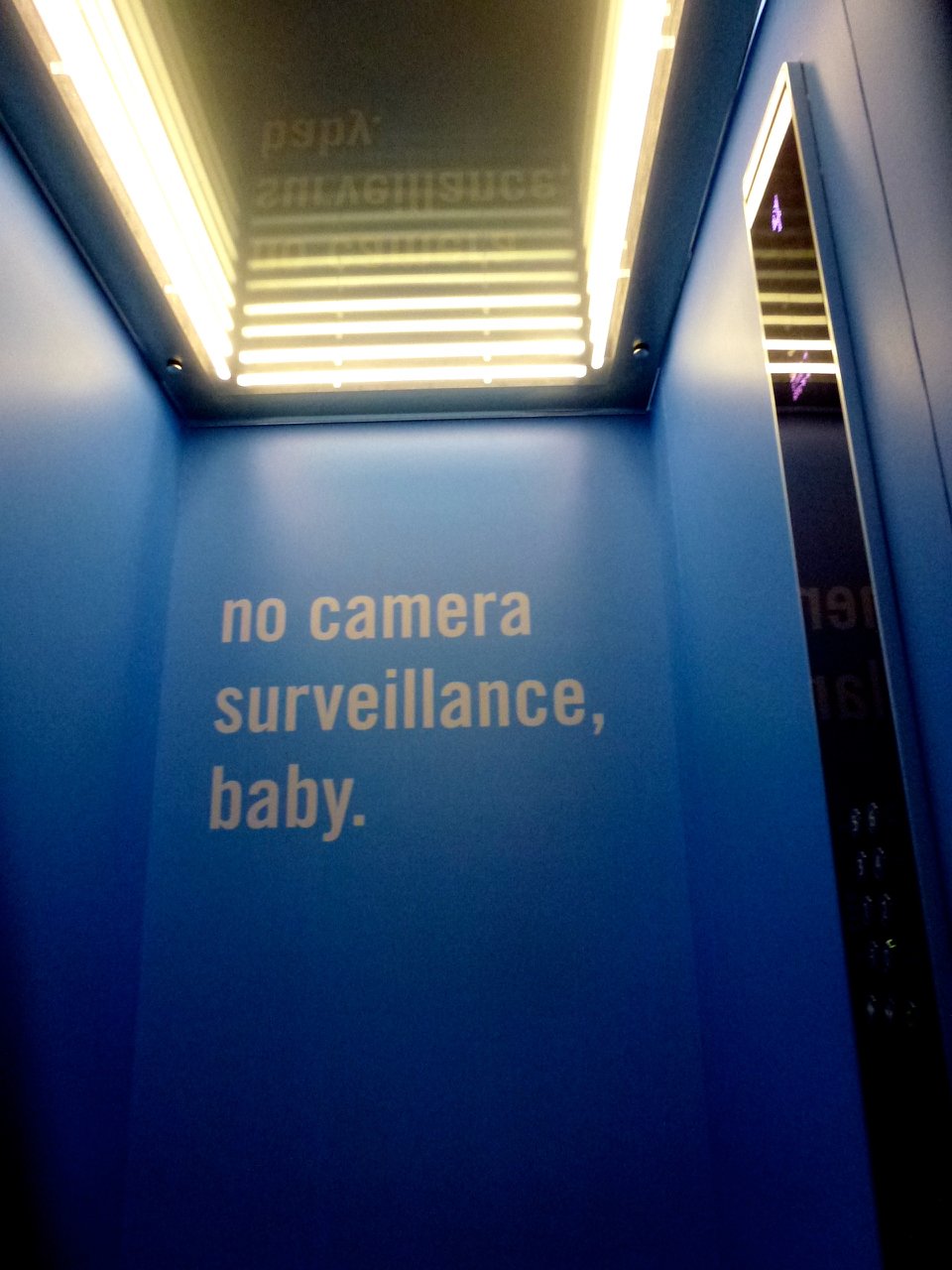 The hotel restaurant Neni served alternative food from the Middle East and some more traditional courses (with several vegetarian alternatives), beer, wine and overpriced drinks. The restaurant played elevator music (also known as electronica), that was cool for drinking on the patio but too loud for dining. And simply having that thought made a horrible feeling creep into my brain: “I cannot handle loud music while eating in a bar anymore. I’m officially old.” 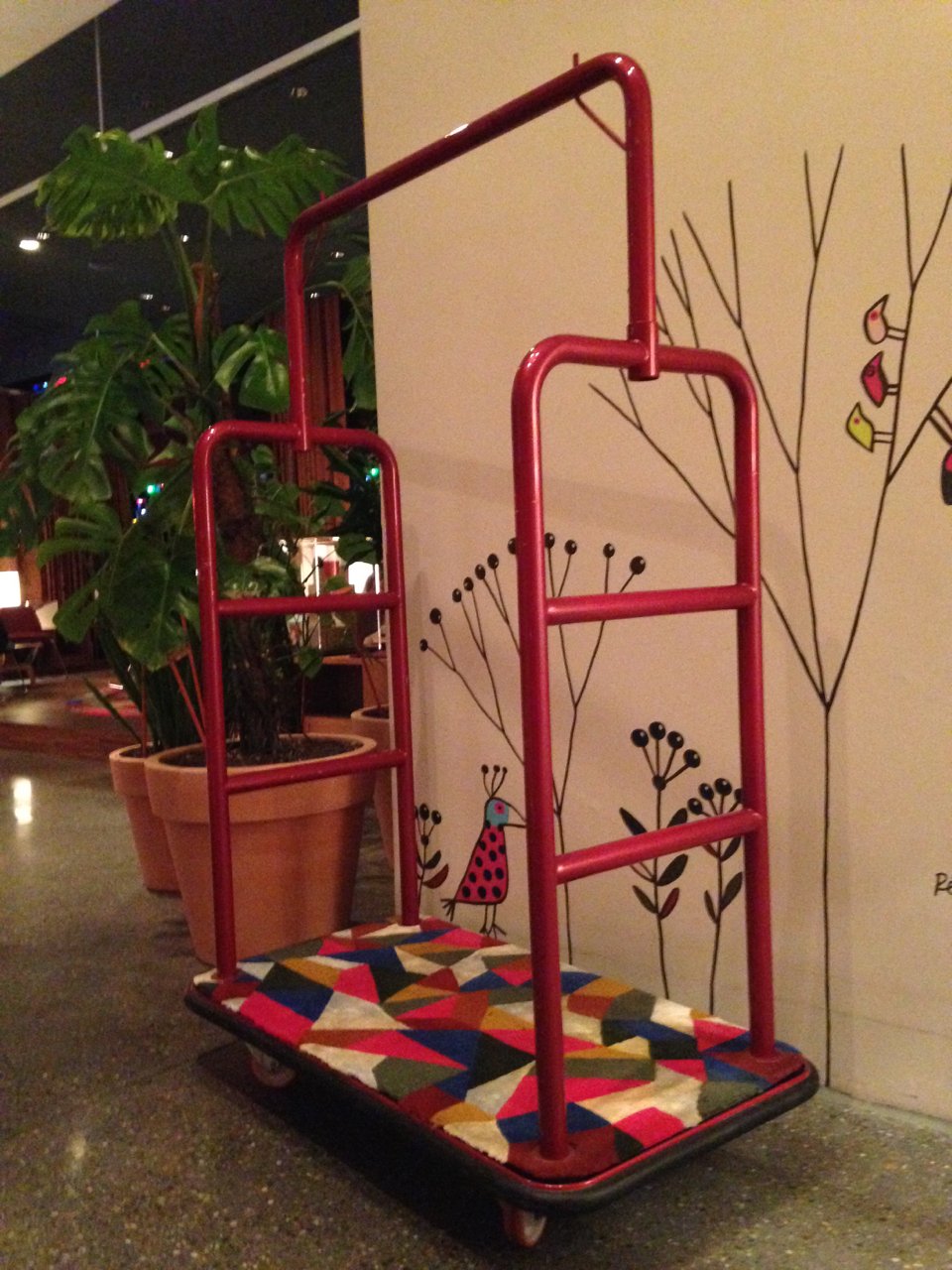 There were other restaurant alternatives in the neighbourhood, but they were not always open. Maybe this had to do with the holiday season. Who knows…

The breakfast was ok – nothing more, nothing less. The best thing about it was that they served it until 2 in the afternoon at week-ends. Originally it cost 25 CHF per person. This is insanely expensive in any other country than Switzerland – but here it is normal. With a 6 CHF discount from Tripadvisor is was acceptable (sort of). They had scrambled eggs, bacon, bread and fruit – but everything was served on the bar counter – making it totally inacessible for wheelchair users. But the staff was friendly. And the coffee was good and freshly made… 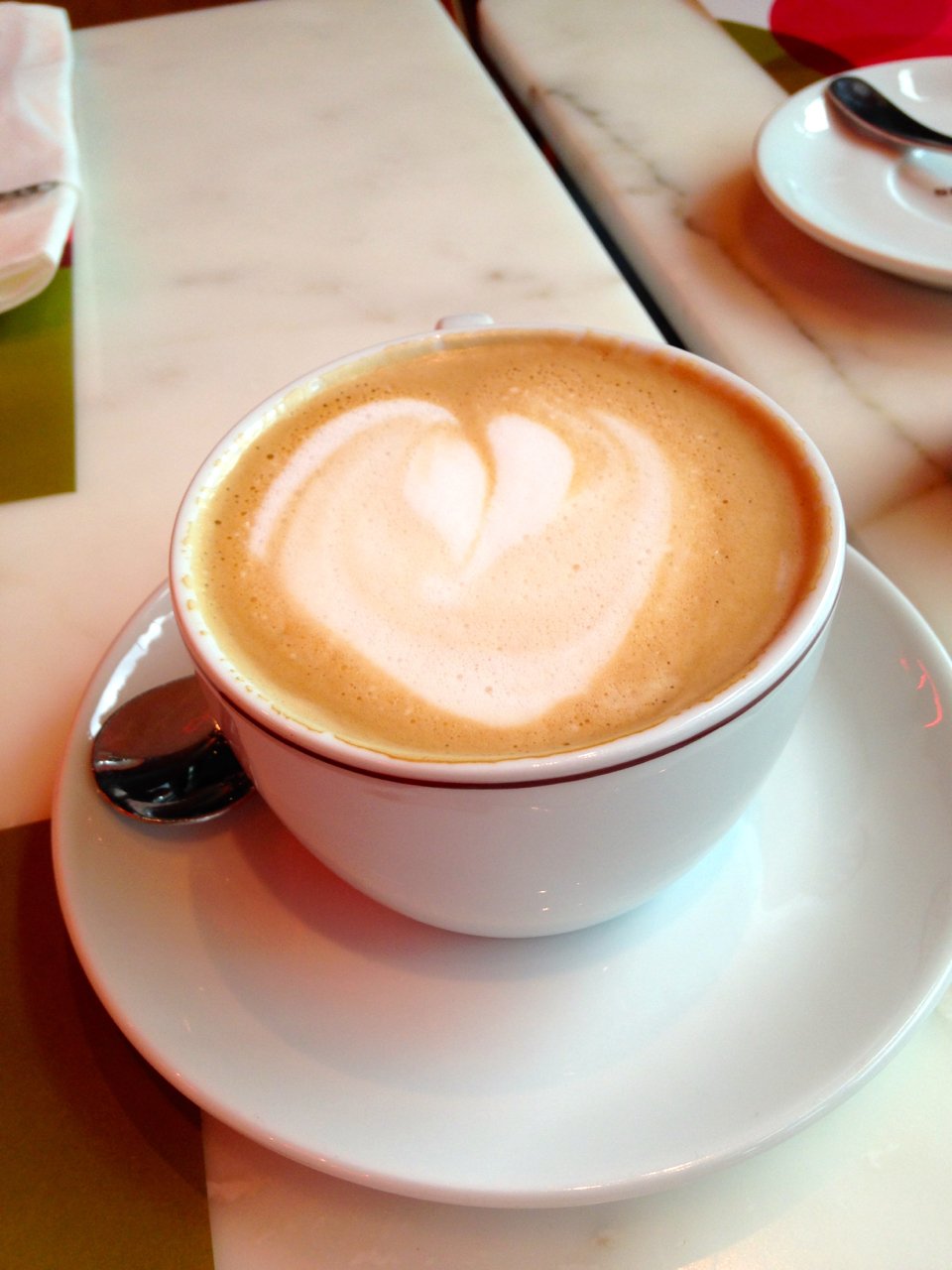 Regarding the area – the hotel is situated in Zürich West, which is an old industrial area now being transformed into hotels, apartment buildings, restaurants, art museums, clubs and alternative shops. Under the railwaybridge they have created a whole new ‘shopping mall’ called Im Viadukt with alternative stuff you can buy (from design to organic food) and there is also a food court and some restaurants.

We didn’t try out the nightlife very much though. This was partially because we are old and partially because all the hipsters were hiding on Saturday night. The whole Zürich West seemed completely dead. Or maybe we just went to the wrong places?

During the daytime we had a drink in Frau Gerold’s Garten in the daytime, which seemed like a cool hipster playground with several bars on different levels. 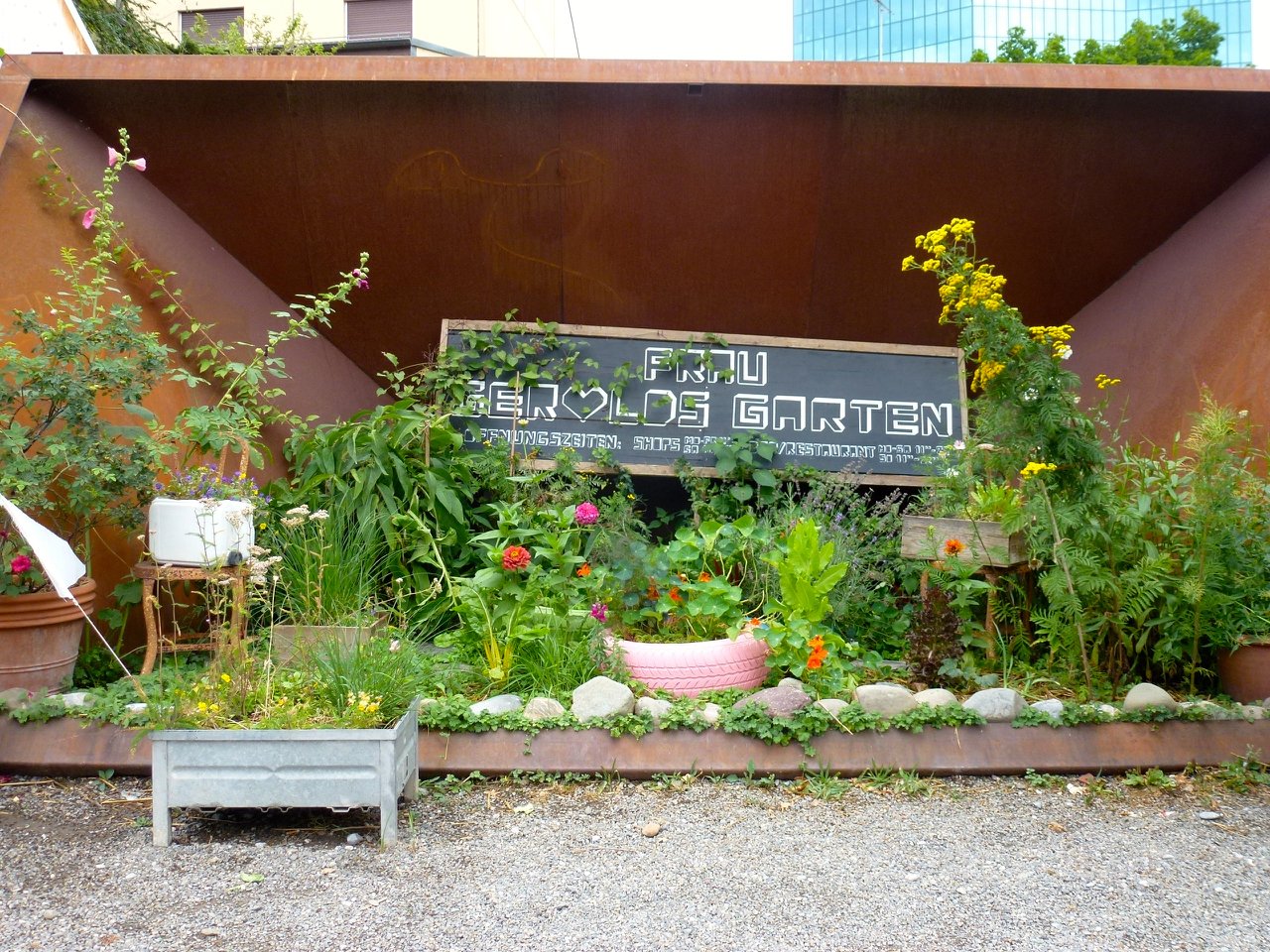 And I also tried the cosmo (very very good) at LaSalle restaurant in Schiffbau. For some reason I have a feeling that Zürich West is a much more vibrant area outside the main summer holiday weeks (especially the week-ends). But it was a nice place to stay anyway.

And on Saturday night a thunderstorm settled the question on staying out longer or not. We once again escaped to the safe premises of the 25 Hours Hotel, seconds before the weather gods got really angry. And in the middle of the night, I woke up again because of a violent argument between angry hipsters on holiday.

Another good thing about the 25 hours hotel, was that it was only 3 minutes to walk to the tram stop. And by line nr. 4 it took less than 10 minutes to get to the main railway station. Not all the trams were wheelchair accessible (I would say maybe 50%) – but the brilliant thing was that you could see in advance if it was an accessible tram that came or not. And the gap was non-existant. The last day, I could easily manage to take the tram by myself with a bag on my lap, and get to the railway station. 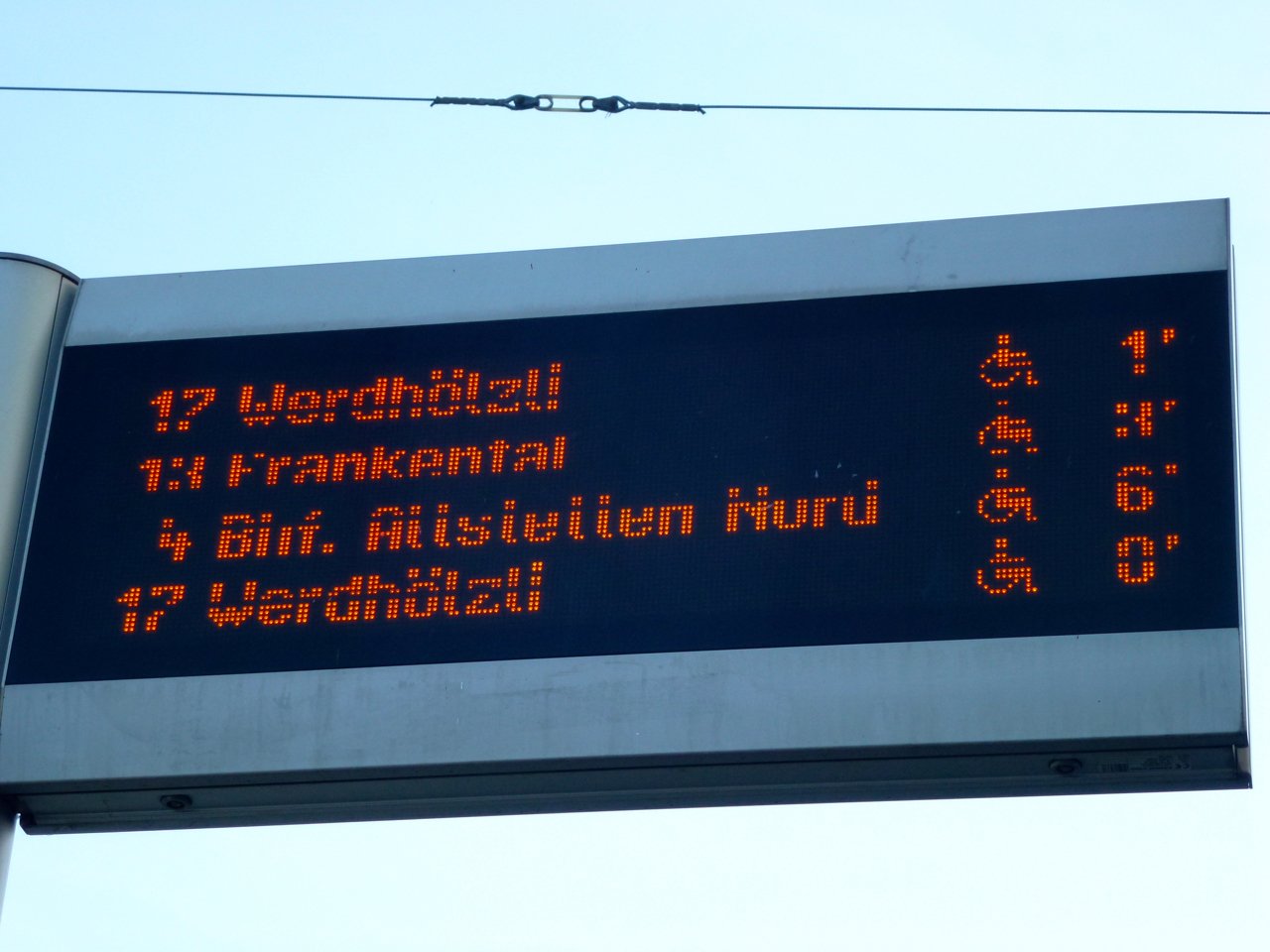 And I also tried out the train to the airport by myself, and with pre-ordered assistance (1 hour in advance) it worked out fine in spite of the big gap. 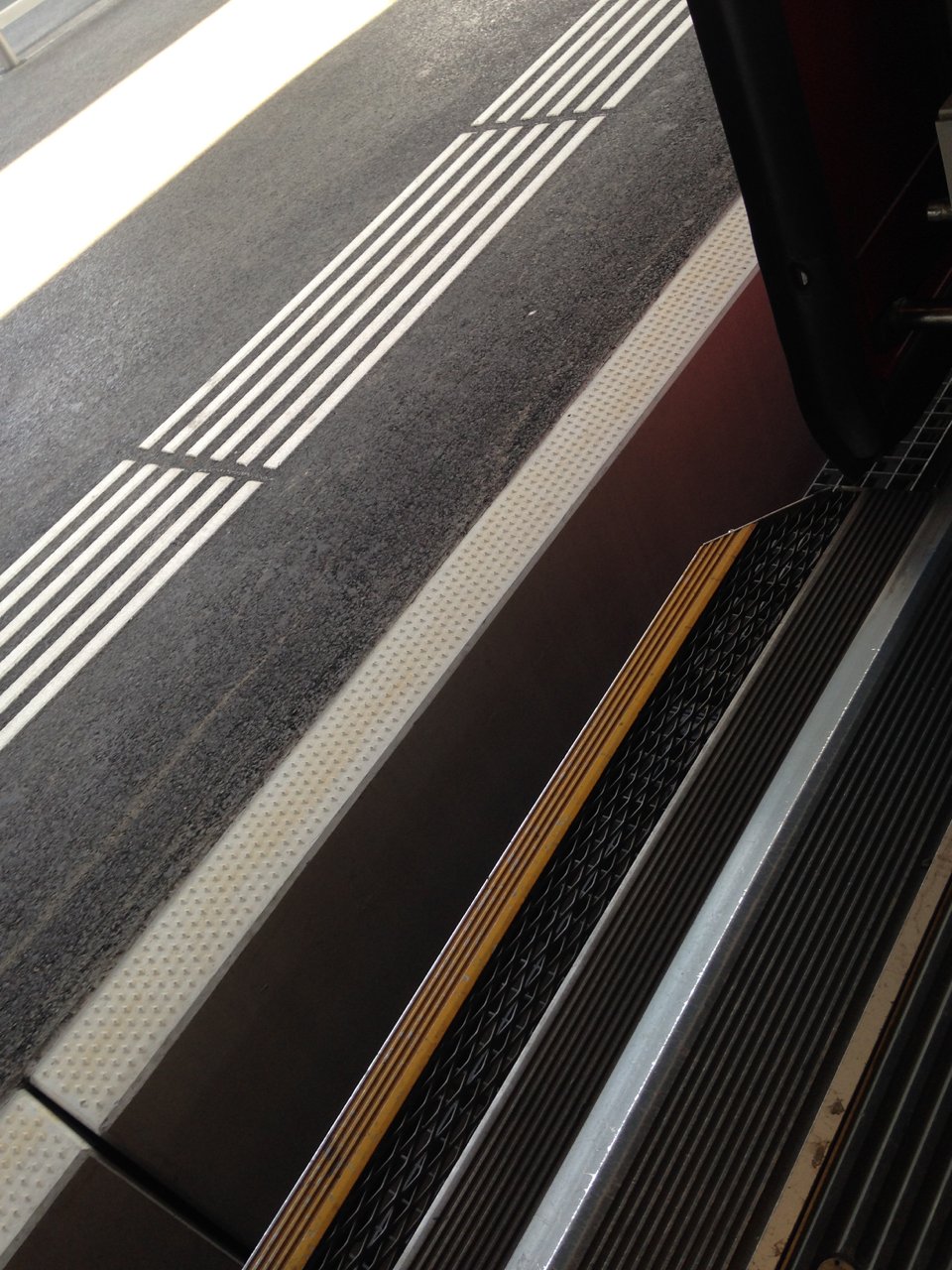 And when you are leaving from Zürich airport, make sure you have at least 2 hours – because it is a maze of different levels, corridors and terminals (and a spaceship). And it is almost impossible to find the lifts compared to the escalators. So it was good to have one hour extra there as well… 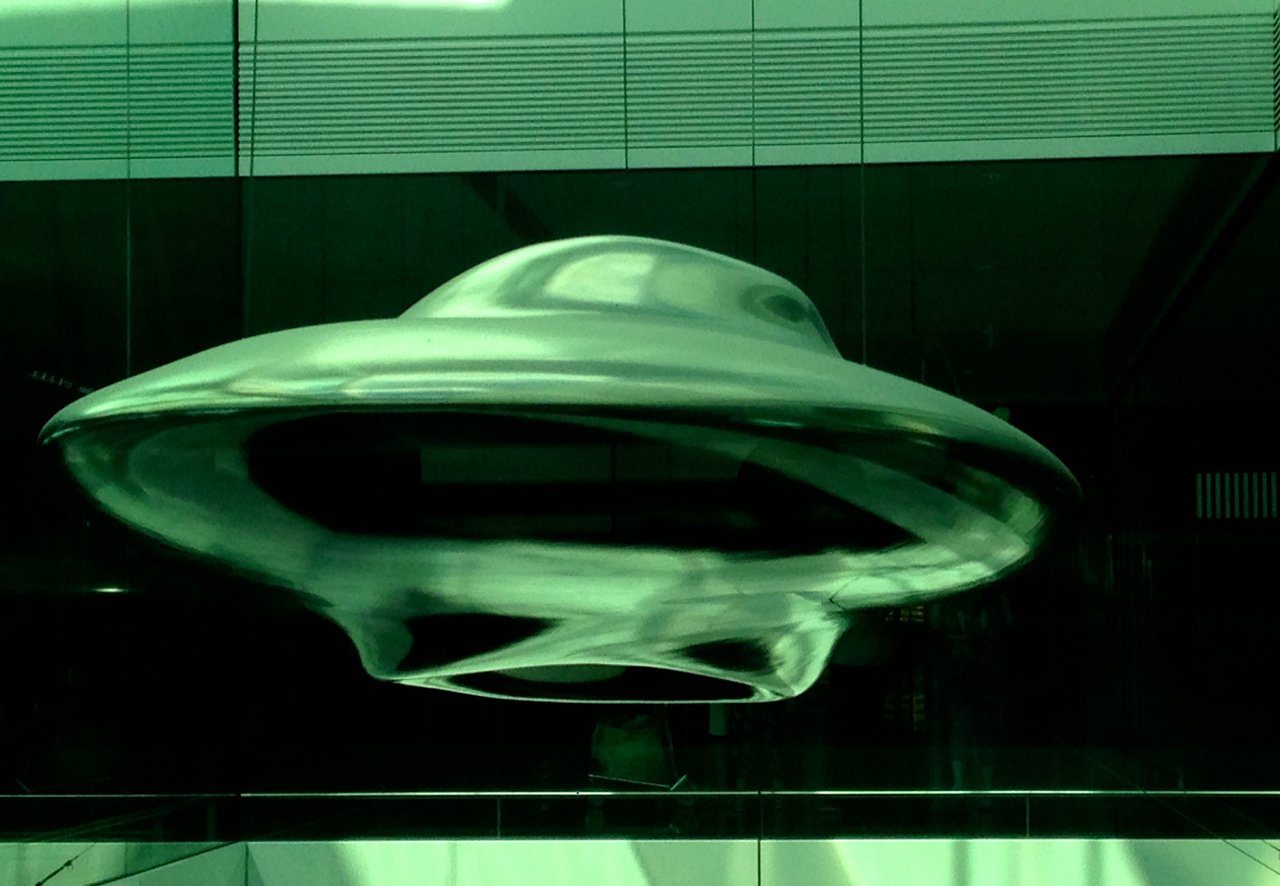 Wheeling Zürich – What to do (or not)?

3 thoughts on “Wheeling Zürich – With One Hour Extra”