Mashed Potato, ya, ya, ya, ya
It’s the latest, come on baby
It’s the greatest, oh honey
Mashed potato
Feel the groovy beat now

I must admit that the greatest experiences I had in 2015 were not really related to food. Or maybe I have just forgotten about the best culinary experiences? To be honest, I think most of them happened in Oslo. And maybe this is because I know the city and how to avoid the worst tourist traps. Because avoiding the traps in an artform. And even if I am quite an experienced traveler by now, I must admit that I do not master this atform yet. Even with the help of Tripadvisor…

Best meal:
I guess it helped that we were hungry as wolves after driving the long way back from Key West. But the steak I had at YUCA (Young Urban Cuban-Americans), South Beach was probably one of the best I have ever had. Yummy! 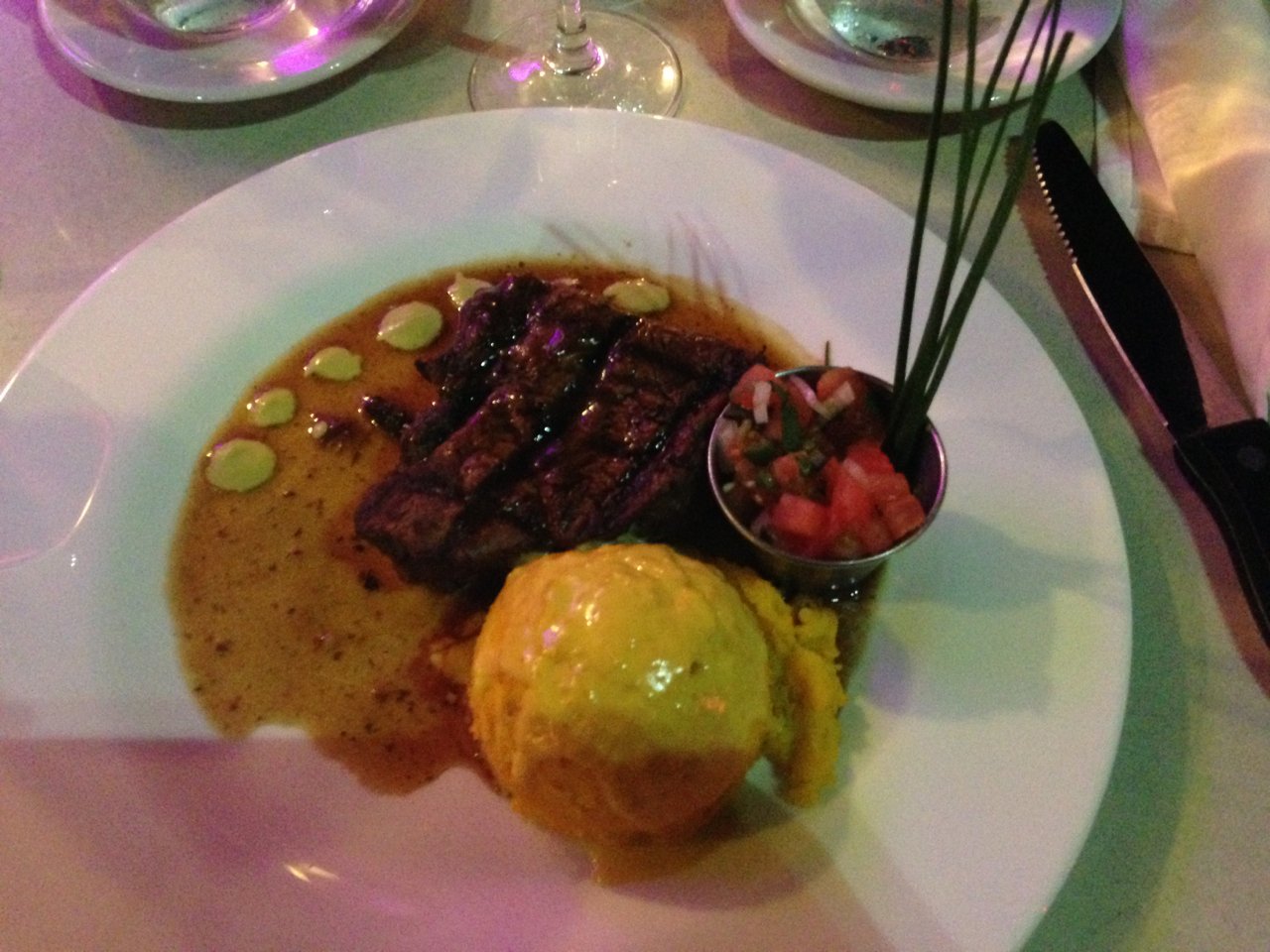 Most annoying concept:
More and more restaurants over the world (including Oslo) are adopting the concept from Barcelona with high counters, high bar stools and high tables. It is f… annoying! Please stop this stupid development, right now! 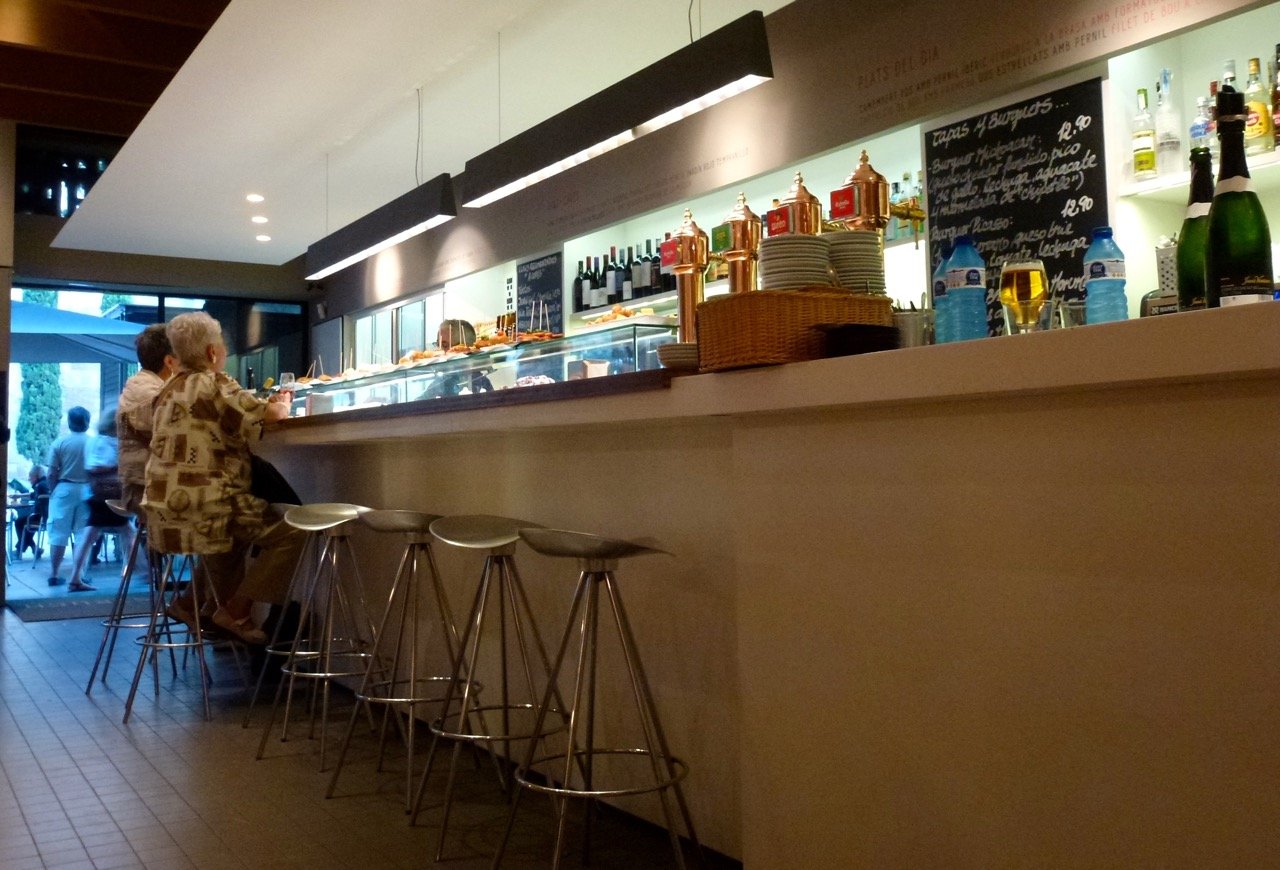 Best pizza:
Best pizza we had at Ivo a Trastevere. We got completely lost when searching for this place in Rome. And when we finally got there, we almost went deaf because of the crazy sound level in the stone wall restaurant. But after we moved outside, things improved. And the pizza was tasty and a real bargain. Just as the guide book promised… 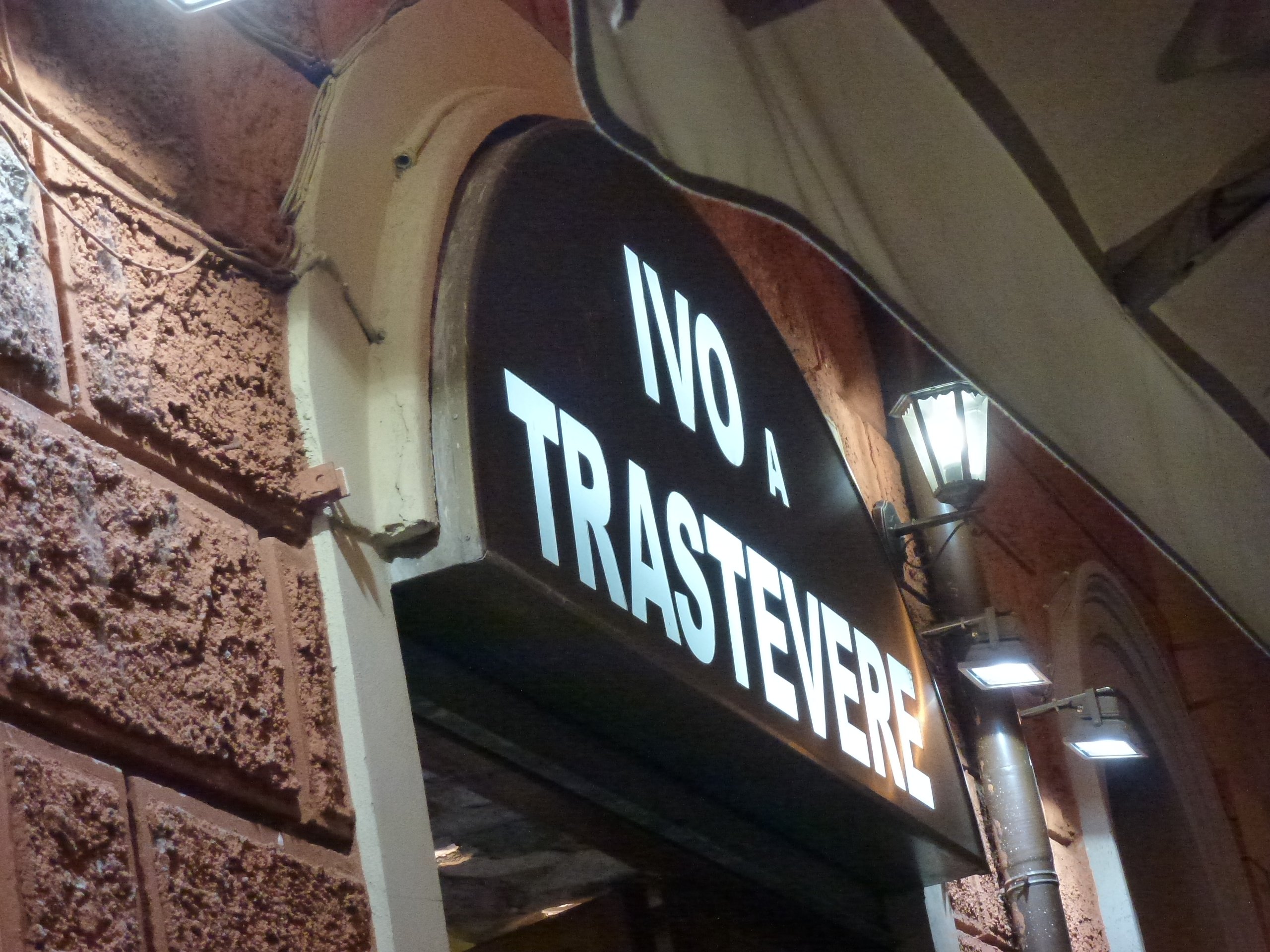 Most romantic meal:
When you’re in Puerto de Mogán, Gran Canaria you should definitely eat seafood. Unfortunately I cannot remember the name of the restaurant where we had this very tasty dish. I guess my brain was just too occupied with other things… 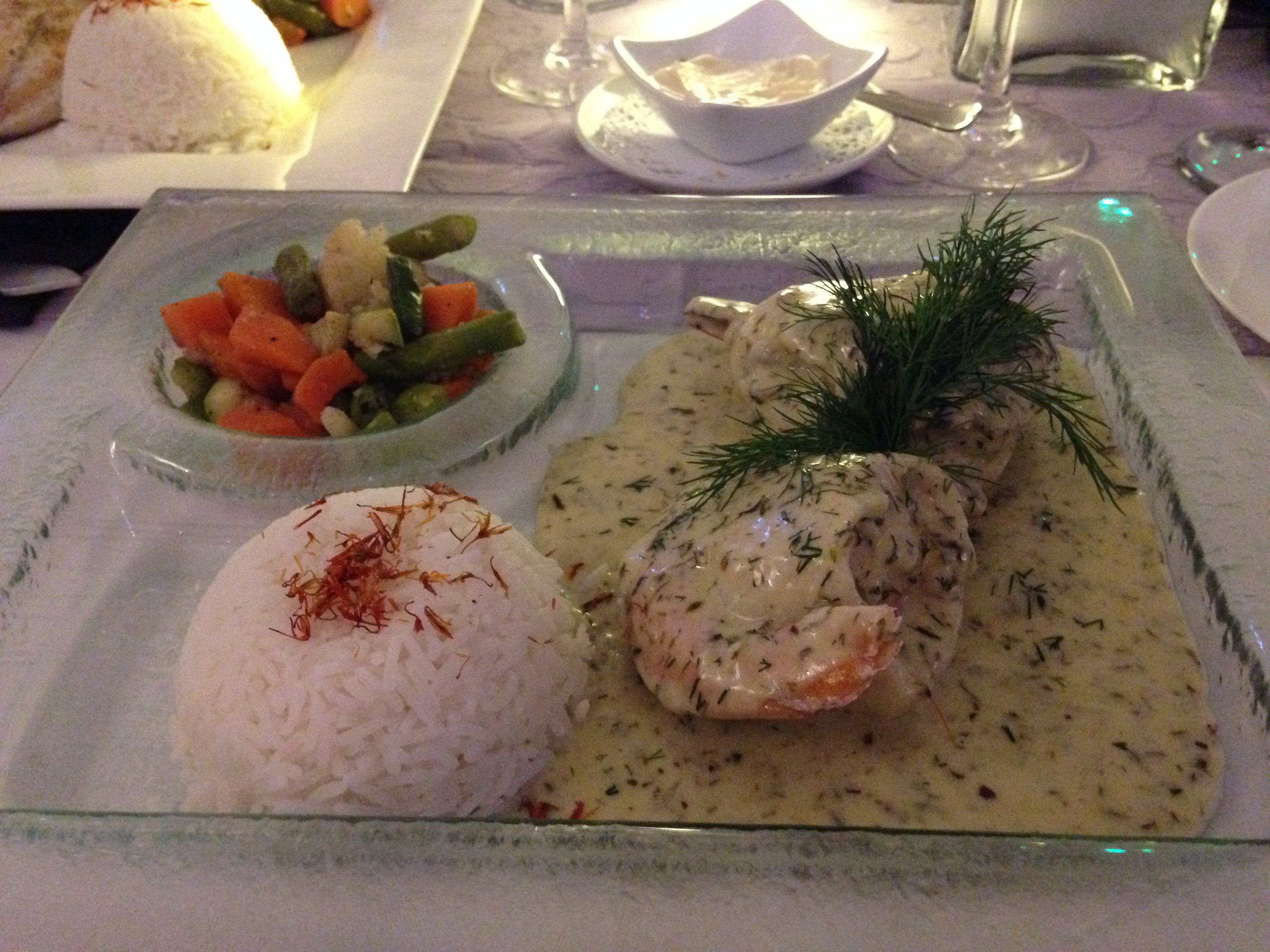 Worst service:
The Spanish do not practice the siesta anymore. But if you turn up at La Proa at Meloneras Beach between lunch and dinner time, you must be a very patient soul. The staff was grumpy and ignoring us the best they could. Something the the local pets (the flies) unfortunately did not. However – when the fish finally arrived, it was tasty enough. But the whole experience was ruined by the incredibly bad service. And the flies… 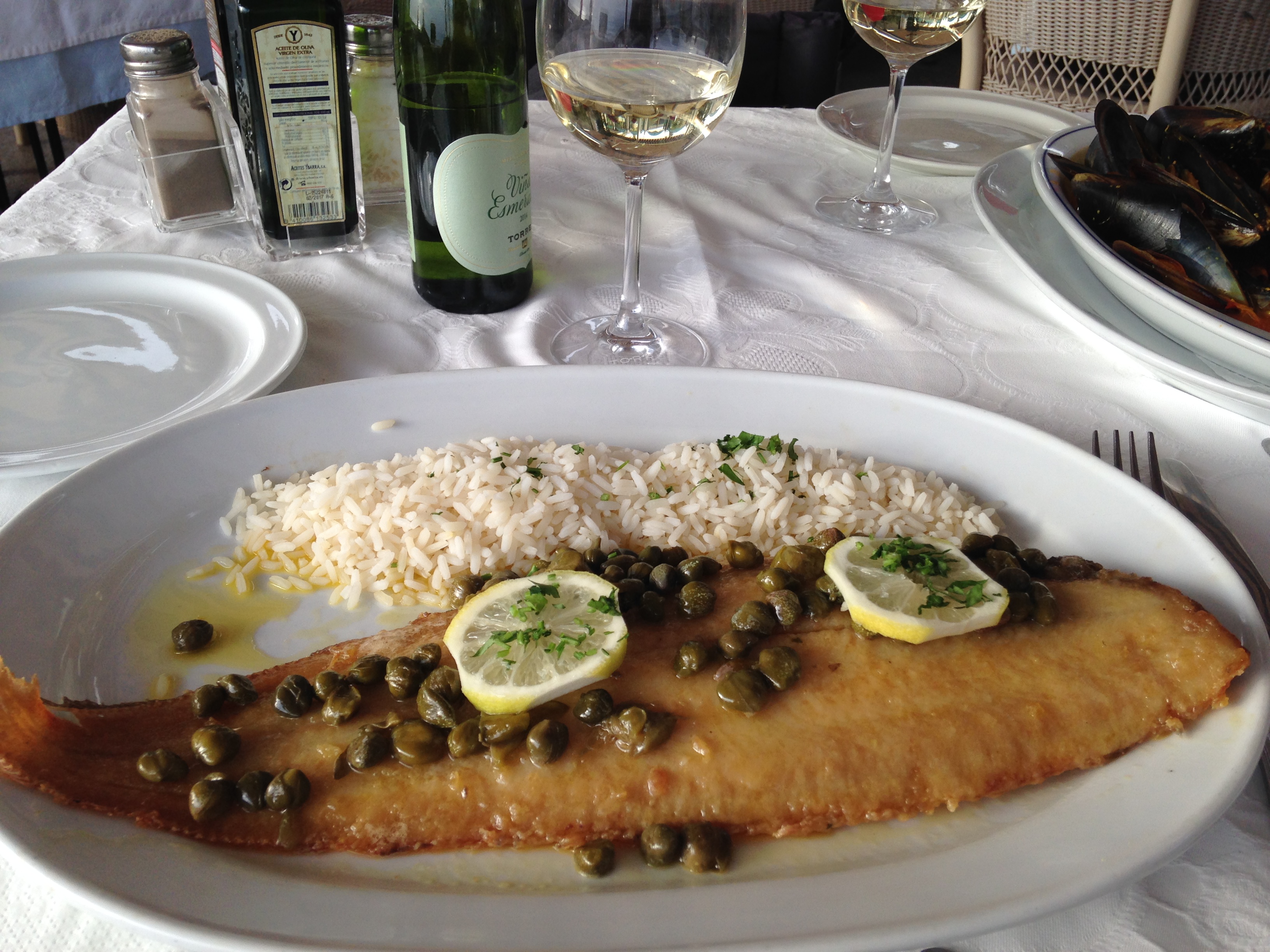 Most ‘useful’ skill:
In Eurordis Summer School in Barcelona I learned a lot. It was probably the most intense course I have ever been to. But the funniest skill I learned, was to isolate DNA from a banana. You are never too old to play with food. Feel free to try this at home!

Worst lunch:
I guess it was not a big surprise, that the food at the Health Directorate in Norway would be of the healthy kind. But when it’s so healthy that it’s impossible to eat, they have gone too far. Even the director himself didn’t finish his sandwich. It was just too healthy… 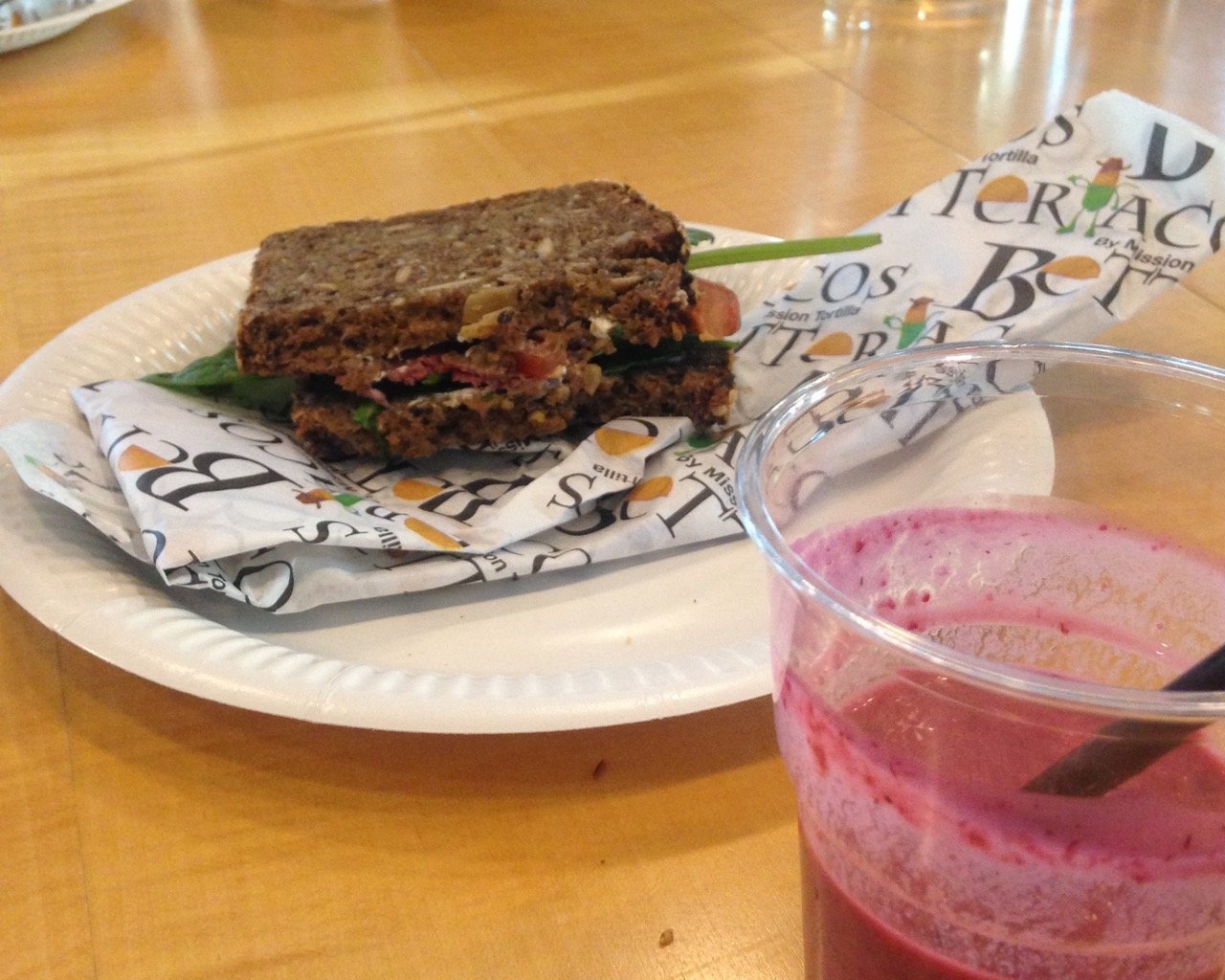 Best steak house:
El Churrasco Steak House, Meloneras (Gran Canaria) had the most tasty steaks you can get, and we enjoyed several meals there while in Gran Canaria. Just stay away from the stroganoff!

Best hotel breakfast:
If you are looking for a diverse hotel breakfast – the Lopesan Costa Meloneras Resort has it all. The pancakes became my favourite. But don’t combine them with champagne… 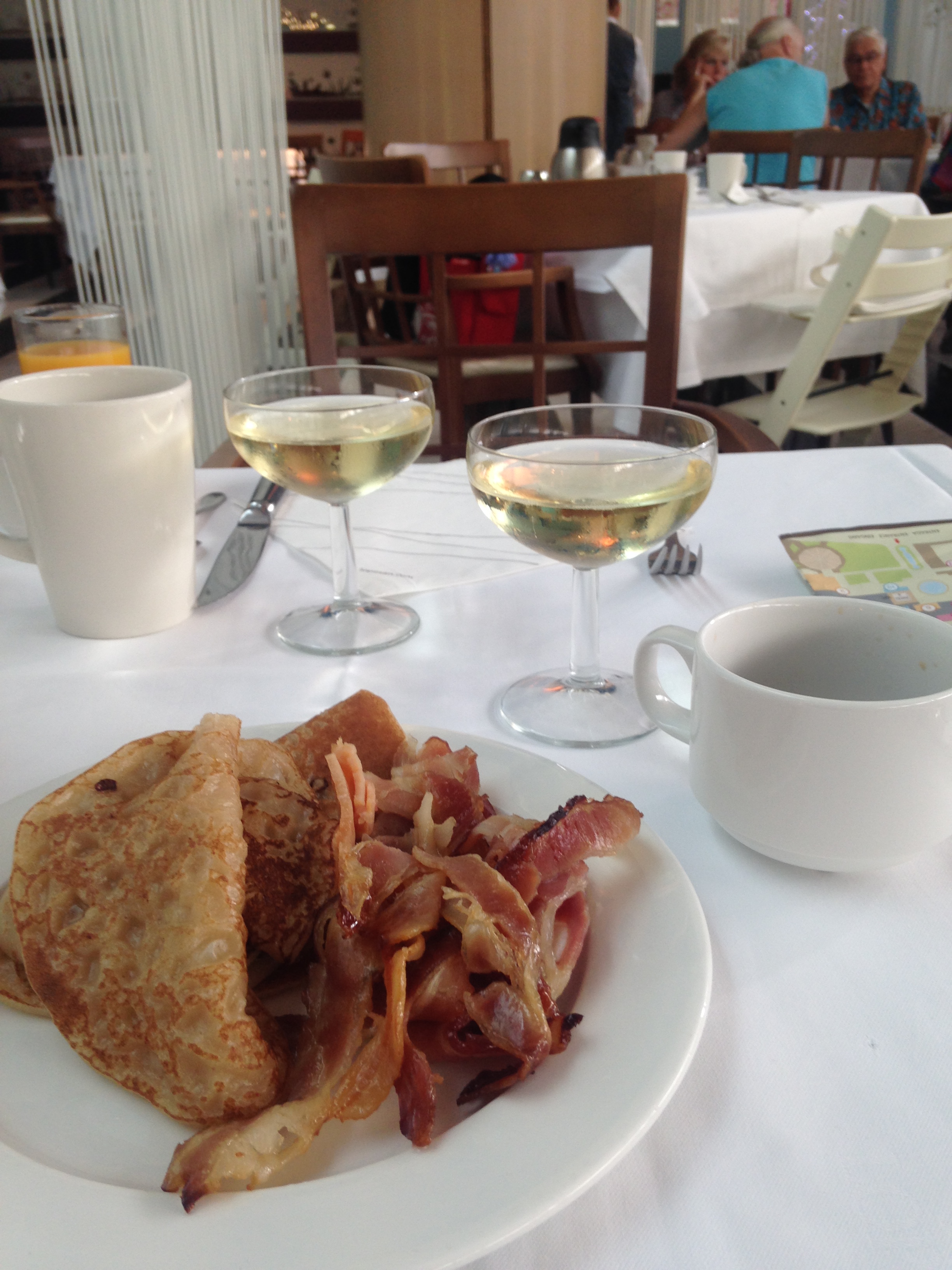 Craziest food:
Christmas Eve 2014 we spent at the restaurant Barton G in South Beach. The speciality at Barton G is taking the meal over the top. The food was good, but what you are most likely to remember is the accessories…

Most exotic taste:
In Madrid some friendly Danish people invited us for tapas. And the very eager waitor made us try one of the local specialities – oxtail albondigas.

Most disappointing food:
Restaurants in Paris were in general a big disappointment to me. Maybe I went there with too high expectations? Or maybe we just did not find the right place. Anyway – the ambience and the decór was nice…

Best concept:
In Salzburg and Zürich they offer you super late breakfast. We like!

Best salad:
American food is heavy. Sometimes you are just longing for a salad. The cobb salad is not exactly diet food, but it is one of my favourites when in US. This one I had in News Café – one of the nicest and most traditional cafés in South Beach. 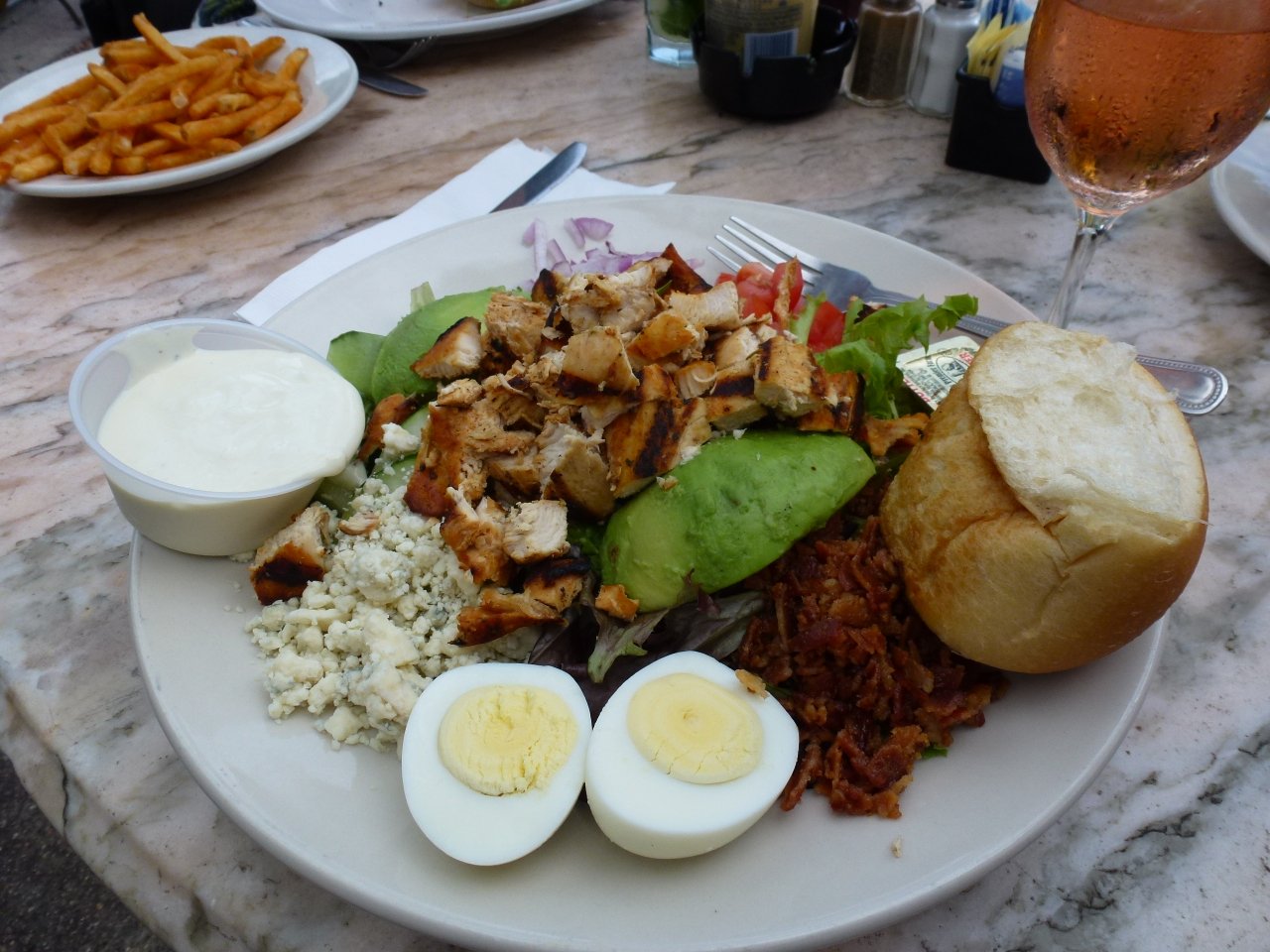 Best hotel restaurant:
To be honest I think the best hotel restaurant is in Soria Moria, Oslo. But the meal we had in Rafaeles Hoteles Atocha, Madrid was also quite memorable. And the tapas served at lunch was both tasty and beautiful.

Best restaurant in Paris:
The Beau Repaire is situated on a small side street not so far from the Book market. Both food and cutlery was nice.

Most lazy concept:
In Florida you don’t have to cut your vegetables. The shop has already done it for you… 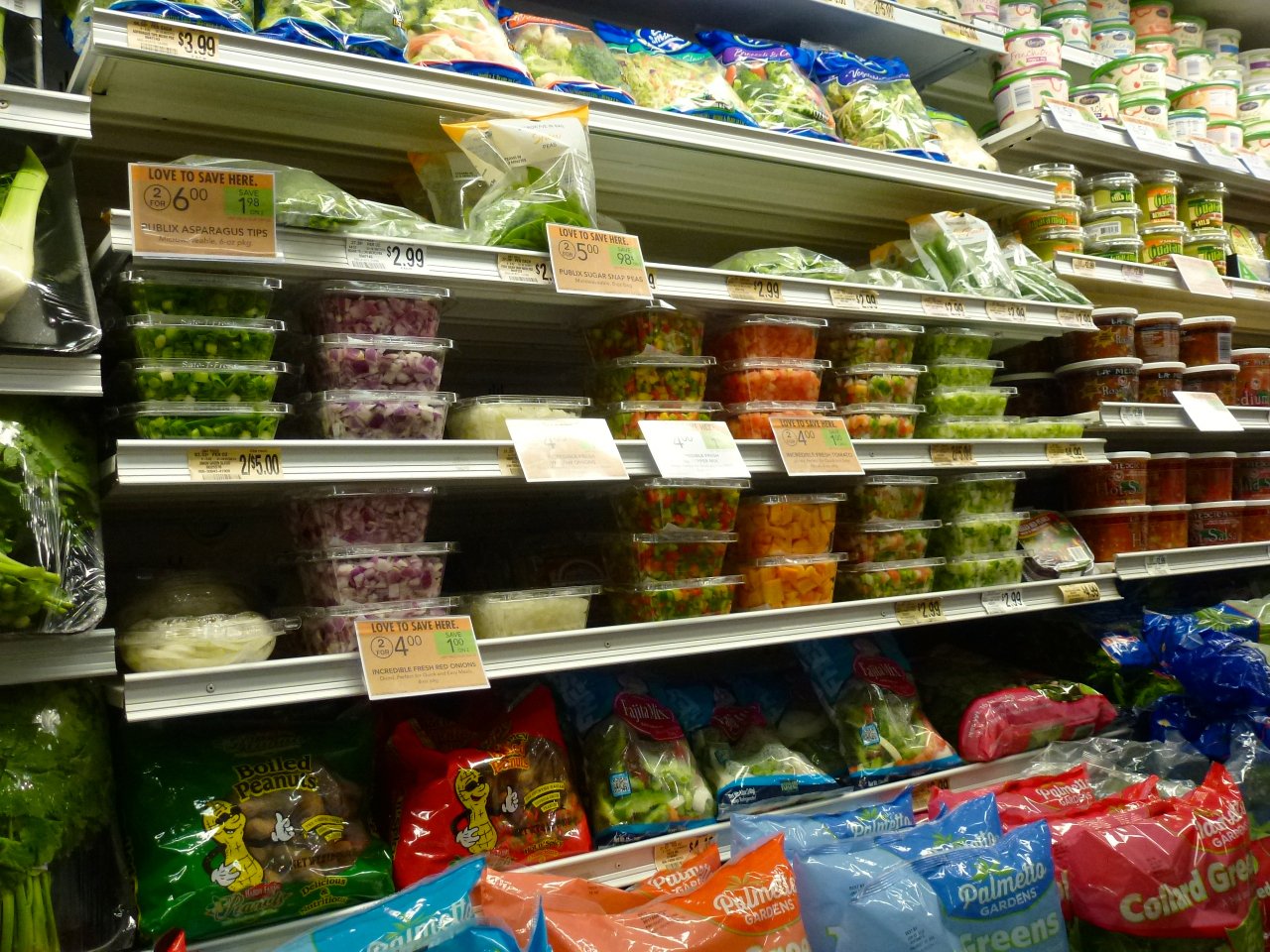 Biggest disappointment:
When I’m in Spain I like to eat patatas fritas. Little did I know that in Madrid, this means ordinary boring potatoes. Not my kind of snack… 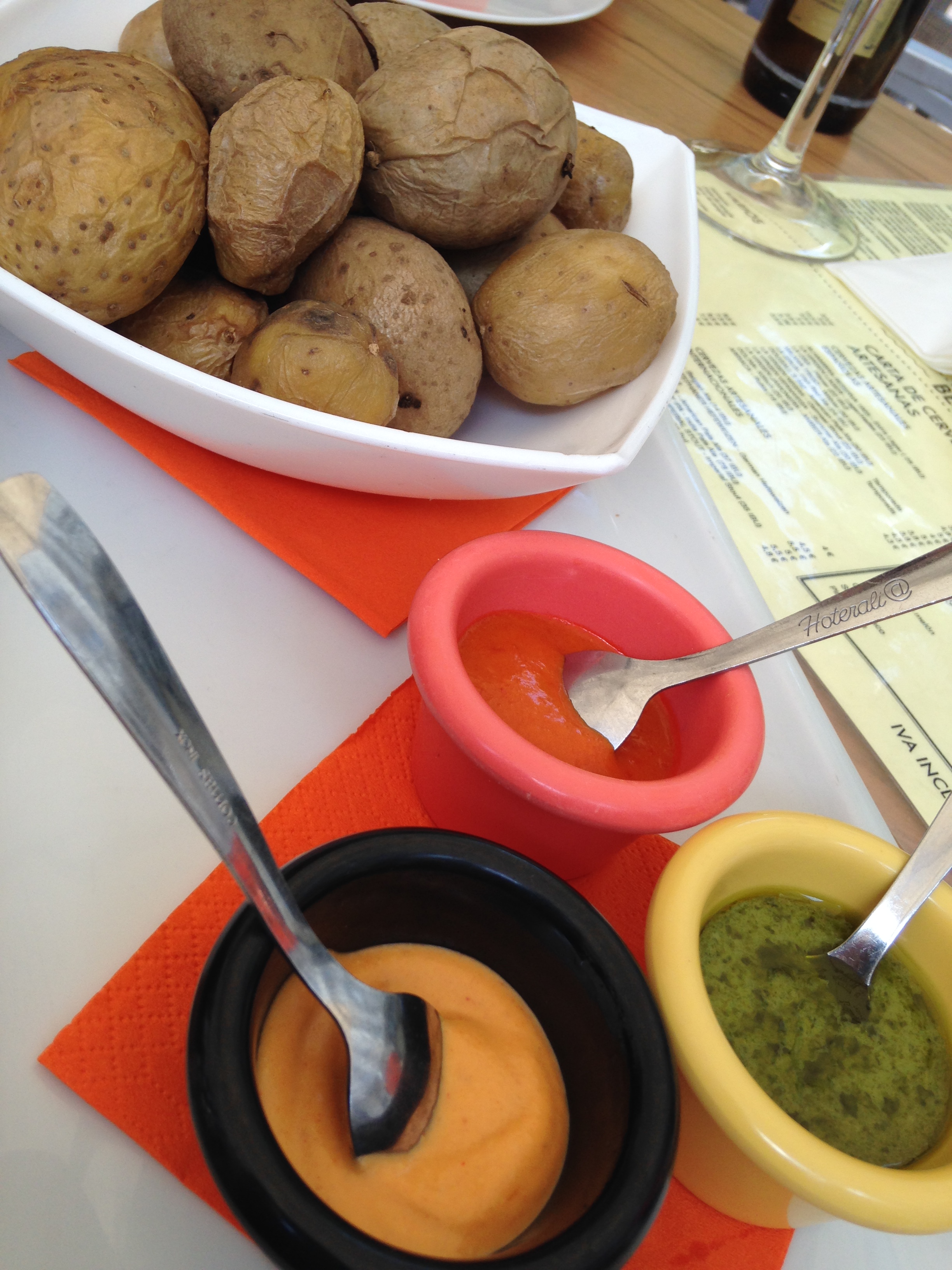 Best pasta:
I had high expectations to the pasta in Rome. But it was nothing more than average to be honest. The pasta we had in Beau Rivage, Thun (Switzerland) was much better. Or maybe it was just about the ambience…

Funniest souvenir:
After you have eaten, you should also buy some of the local food back home. How about some penis shaped pasta? Kitchy as hell! But how can you not like penis pasta…? 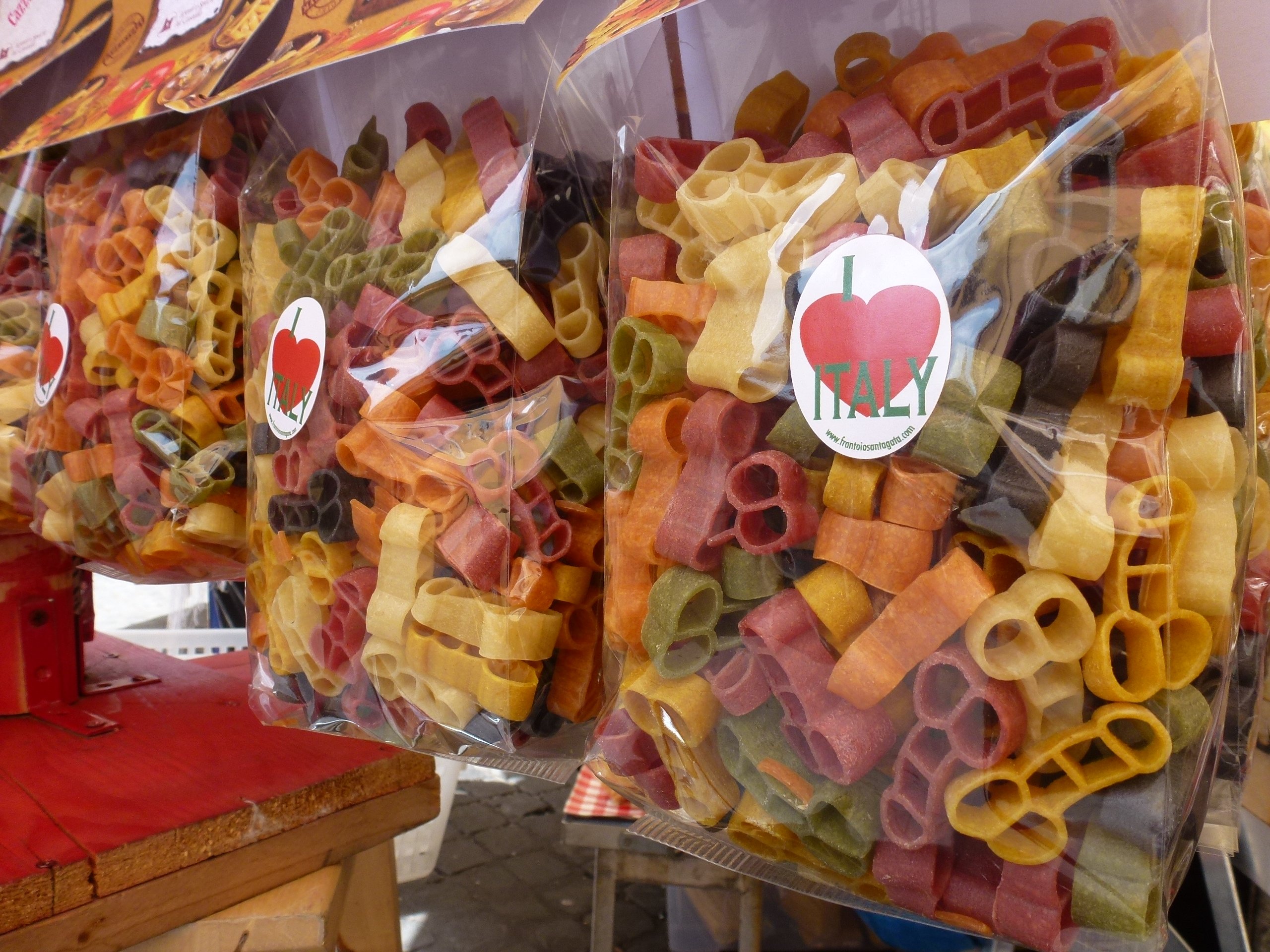 And that was the last of “Best & Worst” from 2015. But don’t worry! There are more travel reports from last year to come…