I set fire to the rain,
And I threw us into the flames
Well, it felt something died
‘Cause I knew that, that was the last time
The last time
Adele
It was exactly six years ago since we were there. In July 2012. The same two friends & colleagues, the same city, the same street and the same weather. We had been to the same conference, hosted by the same organization – the American OI Foundation.
The two friends were Inger-Margrethe and I, the city Washington DC, the street Pennsylvania Avenue and the weather was…let’s say brutal. 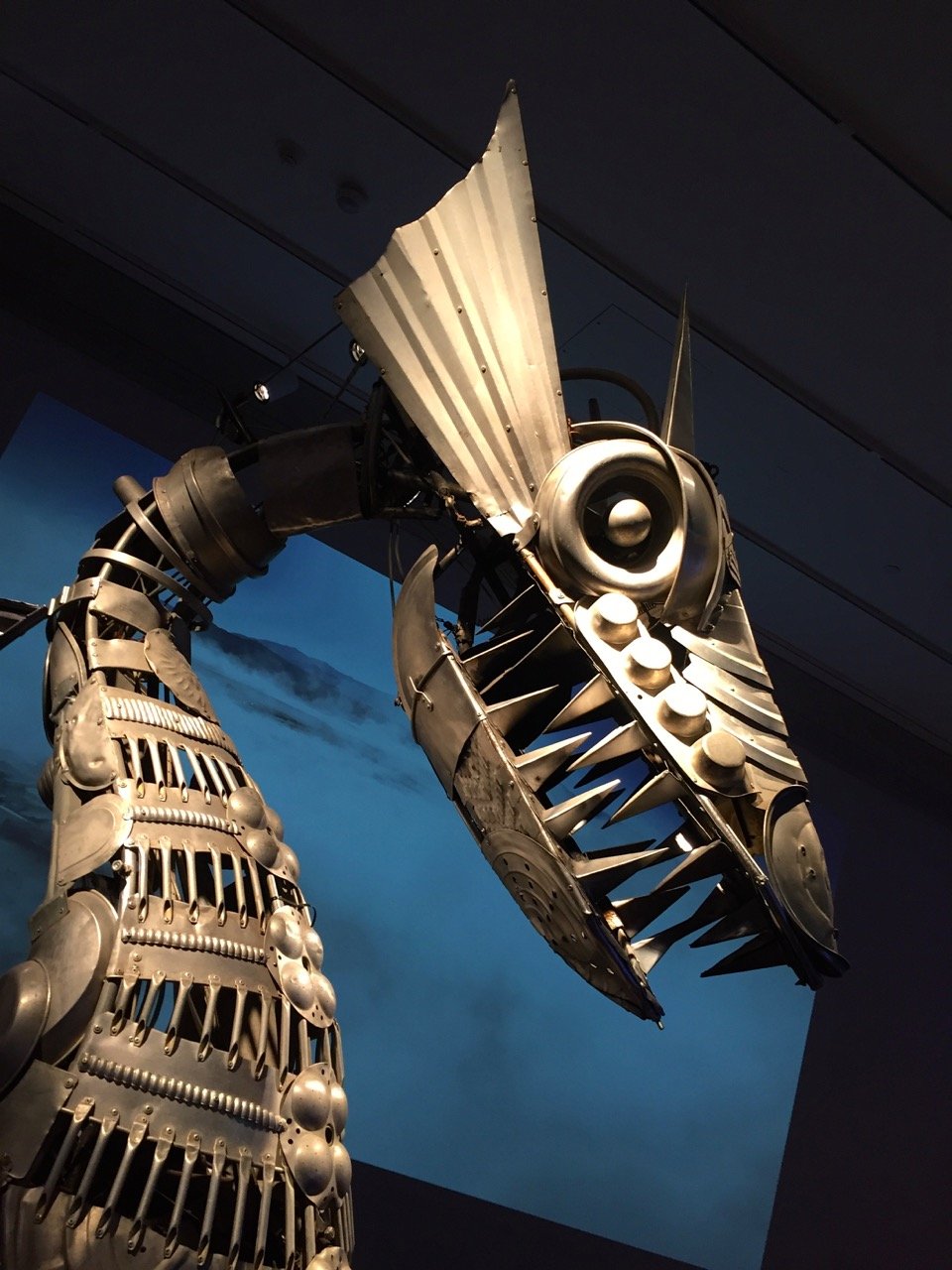 The first time, we were not prepared neither mentally or equipment wise. So just a few hours before our flight was going back to Oslo via Heathrow, the weather gods decided to poor a big bucket of rain on us, on our way back to the hotel in Washington DC.
In 2012 we stayed in the Liaison hotel, which was at that time affordable. And with the tropical temperature, it was a great experience with its rooftop pool and the duck pancakes from Oprah’s former chef. 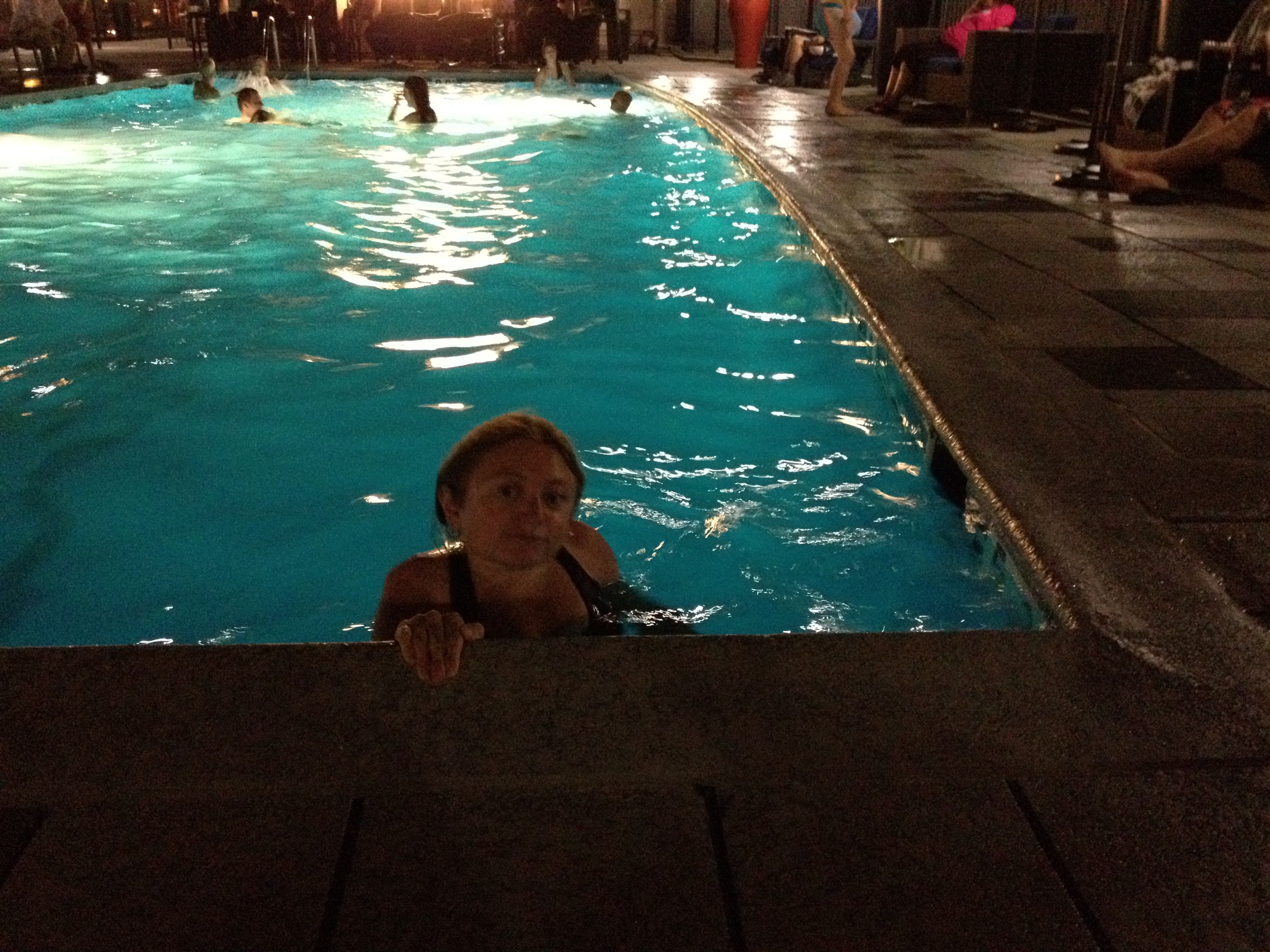 This time around (2018) the Liaison had grown completely out of our price range, so we stayed in the AKA White House instead. And I suspect that the AKA White House is also normally out of our price range. But we got a very good deal at Hotels.com for the 24 hours we were spending there. Especially since we were upgraded to a gigantic suite without extra charge. Sometimes it can pay off to have a wheelchair and bambi eyes. Even if they are only exposed in an email.
But enough about hotels. This blog post was supposed to be about burning men and wet women. Or art & the weather if you find the original topic a bit cheesy.
Back to 2012 and Pennsylvania Avenue. The sky opened and the rain poured down on us. First we got wet and then we got soaked. We tried to get a taxi. But nobody would stop. Especially with the wheelchair in sight. So we just had to walk & wheel back to the Liaison. Wet, wet, wet. Before we could rush to the airport, we had to visit the accessible toilet at the hotel, remove all our soaking wet clothes and put on dry ones. Just minutes before our taxi came to pick us up and drive us to the airport.
This time around it was July 2018. Not as intensely hot & humid as in 2012, but pretty close. Because of the weather forecast we had bought an umbrella (which I forgot at the first café we visited) and rain capes. But the weather looked good. No use for the rain capes. Before we were outside the Trump Towers…
Then the sky opened again and the rain started to poor down accompanied by intense lighting and thunder. First we sought refuge under a sun screen and then in an Italian restaurant. But it did not seem to stop. And we soon had to go back to the hotel and our pre ordered shuttle to the airport. But before that we were planning to stop by the Renwick art gallery to check out the exibit Burning Man. Might as well hit the road…
So out we went out again. In the rain. And the flooding streets of DC. And when we passed the White House, a security guard came and told us agressively to get out of the way. The area was flooding and it was not safe to move outside anymore. Security warning! A few minutes later we more or less dived into the basement entrance of the Renwick and a voice came over the loud speakers:
– “Security warning: Because of heavy rain and flooding, it is not safe to move outside. Please stay inside the building for the next 3-4 hours.”
Oh there goes our trip to the airport, we thought. While trying to remove our raingear, which had caved in during the most heavy downfall. Once again I was wet inside out including the pillow of my wheelchair. I was seriously hoping that the art would get my mind off my wet underwear. 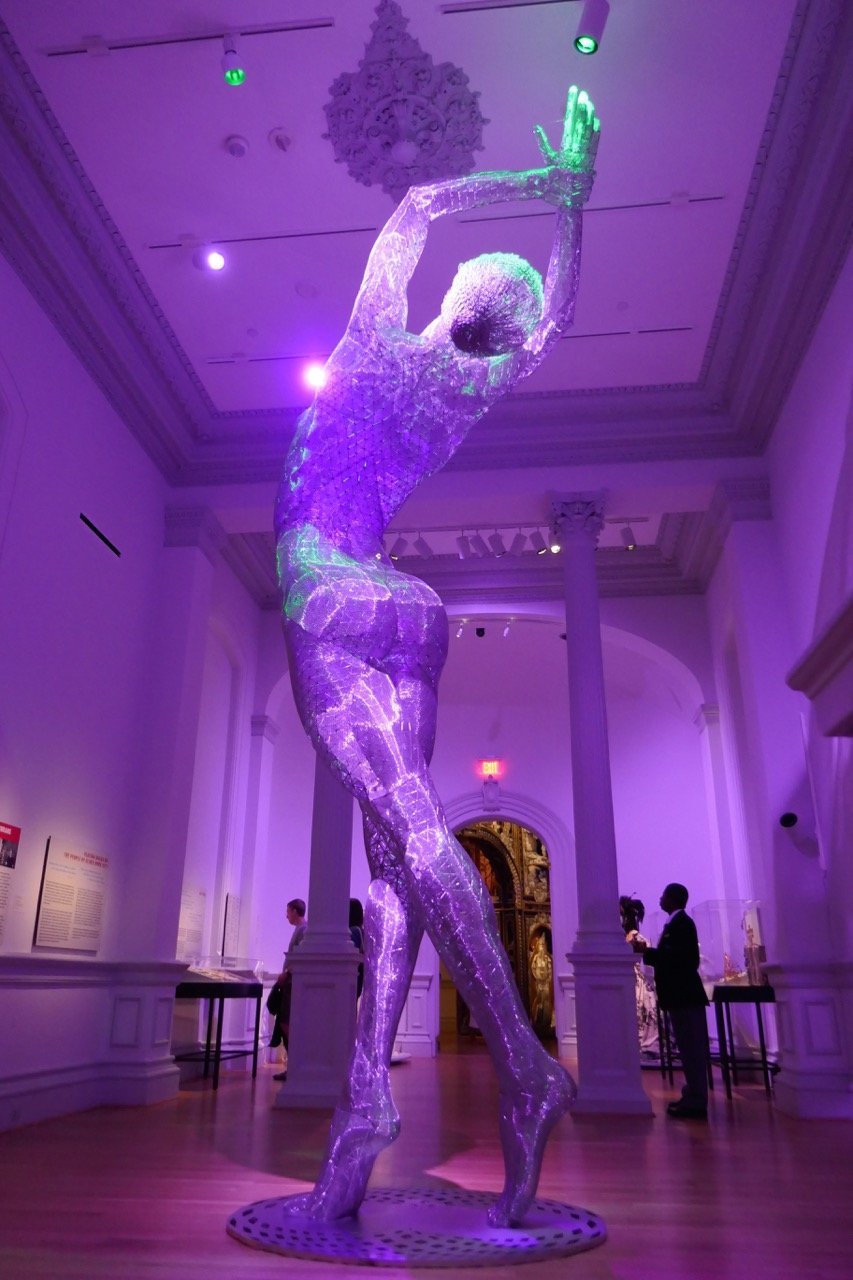 And it succeeded! Burning Man was one of the most fascinating art exhibits I’ve ever been to. You don’t know what Burning Man is? Google it! It just takes too many words to describe. And since I’m too lazy to climb mountains or write a lot of text – I’ll let the photos speak for themselves.
And the rain stopped less than one hour later. We managed to get back to the hotel and even managed to get some food on our way. Same procedure as last time. The problem was that my pillow was more soaked than I thought. So even if I put on dry clothes at the hotel, my bottom was wet again when we got to the airport.

Fortunately Dulles International Airport (dull as it might be) have lower dryers (or whatever they are called) at the airport bathrooms. So there I was. Drying my behind and my pillow on a drying machine at the airport. Because the thought of sitting 8 hours on a night flight on a wet pillow didn’t seem particularly tempting nor healthy. 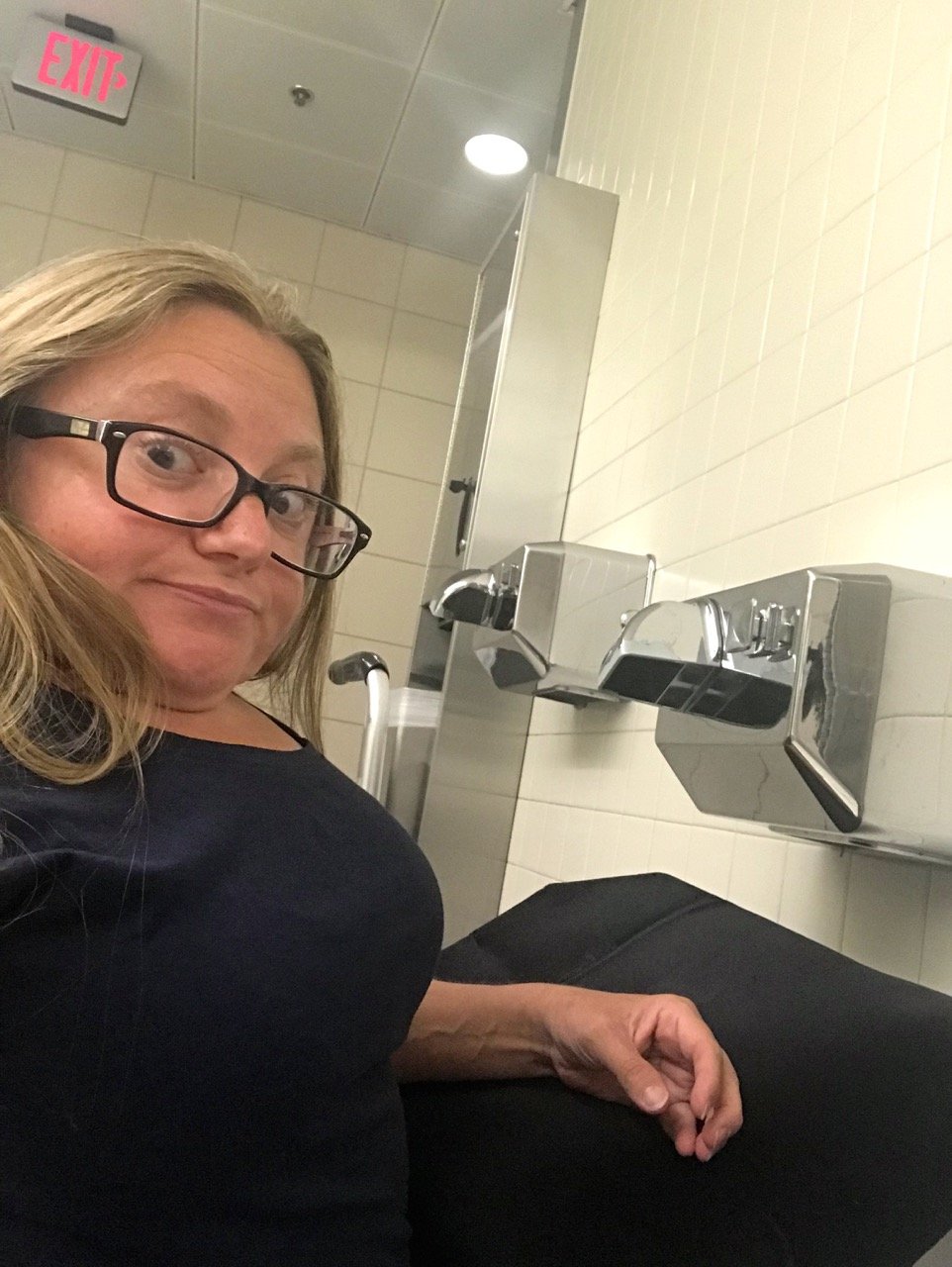 Mission accomplished. Pillow and bottom dried up.
Plane delayed, but only a little bit. 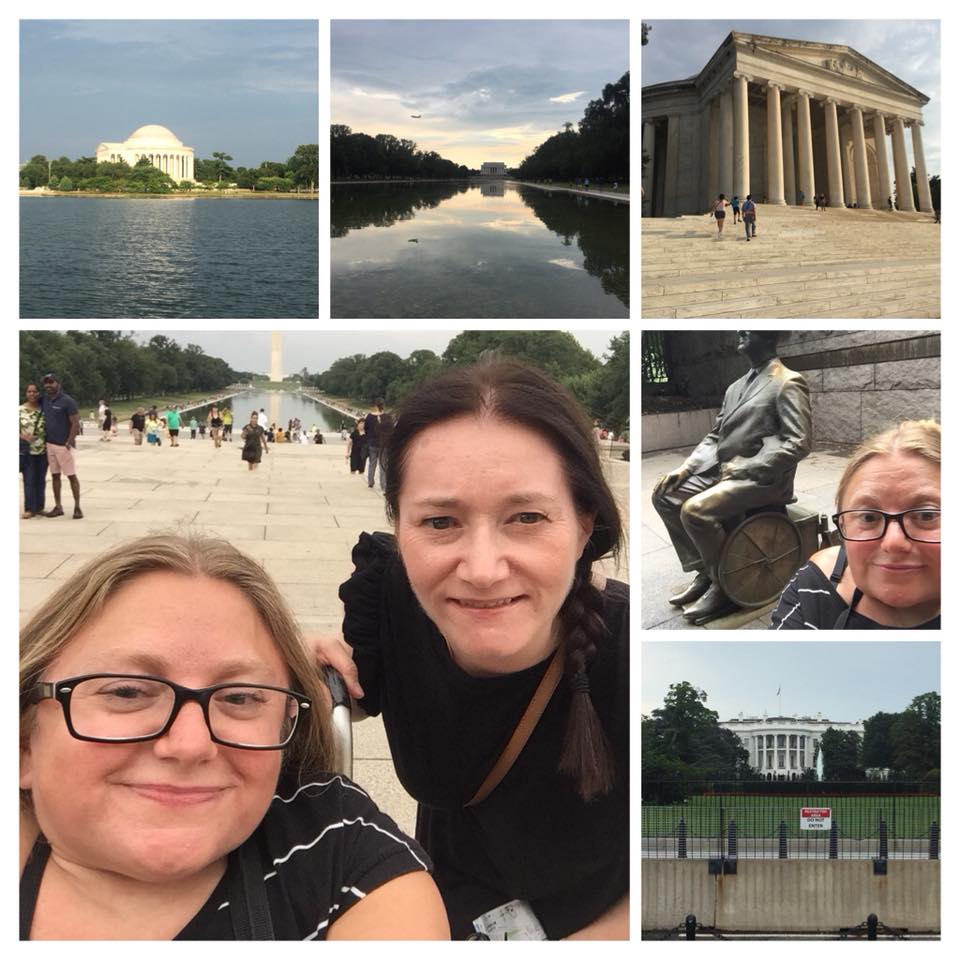 We were on our way back from Washinton DC again.
After the weatherwise deja vu of a lifetime.
Come rain or come shine.
We’ll be back.
Some sunny/rainy day.
Sometimes you have to look carefully to see the whole picture…
(Peepholes from the exhibition Burning Man) 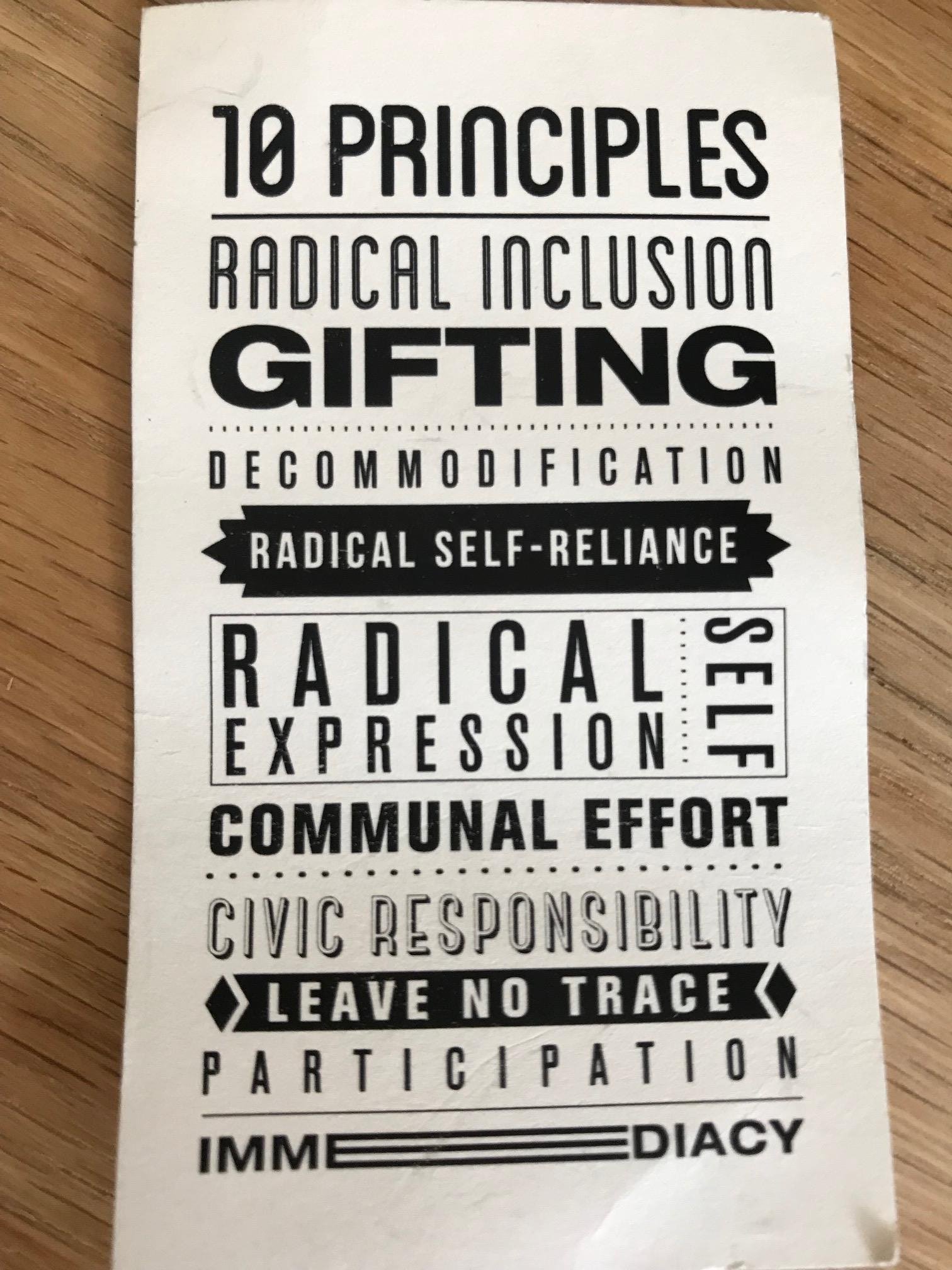 Wheeling Oslo – The Secrets (The House)