Everyday is like a blank canvas
You know you can paint it anyway you want it
You can draw black clouds, you can make the sun shine
Color in a rainbow, or use black and white
Open up your eyes and, your imagination 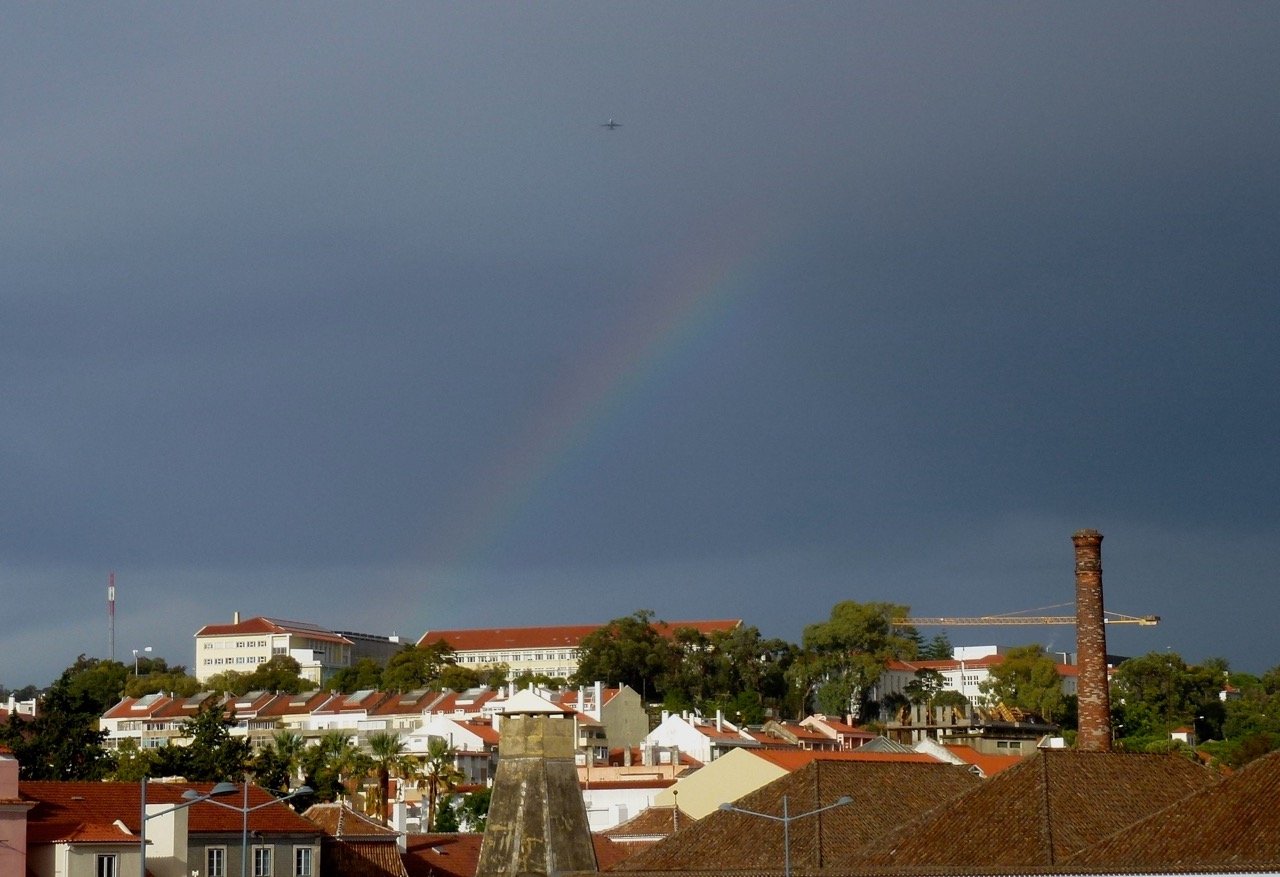 What to do on a rainy day in Lisbon? We thought it would be a good idea to take a taxi to the new modern art museum MAAT and see what it was all about. MAAT is situated by the river West of Lisbon and it takes around 20 minutes to drive from the Rossio square (around 10-12 euros with taxi). When we got into the car, the sky opened up and heavy rain poured down. According to one of the waitors the day before, it had not rained properly in Lisbon for 3 months – so I guess the locals were happy. We were not equally thrilled by the timing of the weather gods, but it was a nice excuse to do something cultural. 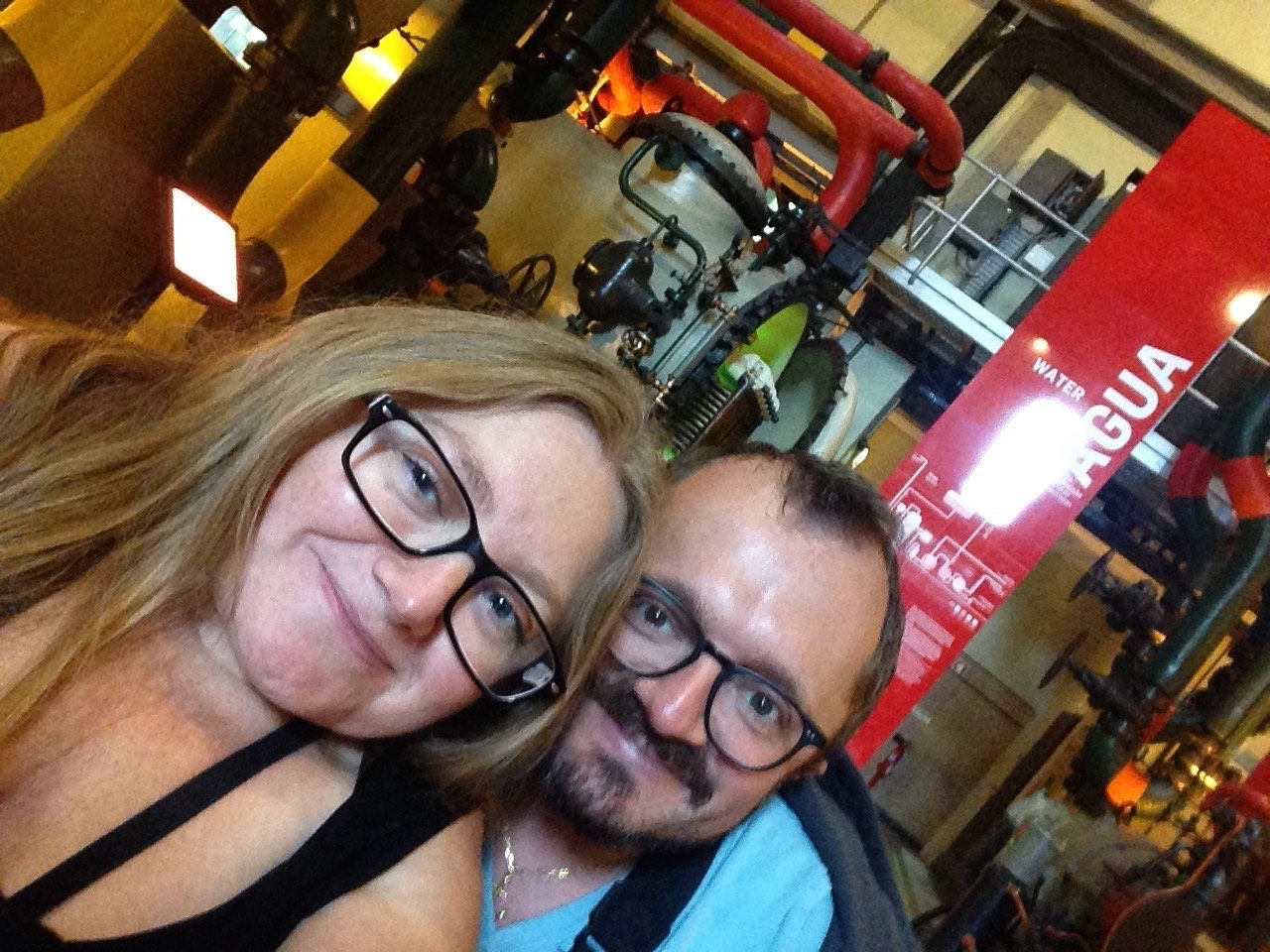 The taxi let us out in front of something we thought was the MAAT. Turned out to be the Electrical museum. Since it was raining cats and dogs, we decided to check out this museum first, before we wheeled the last meters along the river to MAAT.

The electrical museum was…a museum about electrical stuff. Lightbulbs, switches, turbines, water power, power plants etc. Maybe not in the middle of my interest field, but it was a nice pedagogical museum with good wheelchair access (except for one step to the ticket office). There were ramps and lifts as well as nice wheelchair toilets. It also had a pretty special exhibition about photos and objects from murder crime scenes. Unfortunately the texts were all in Portugese, so it was not that easy to understand what it was about, and how death was related to electricity… 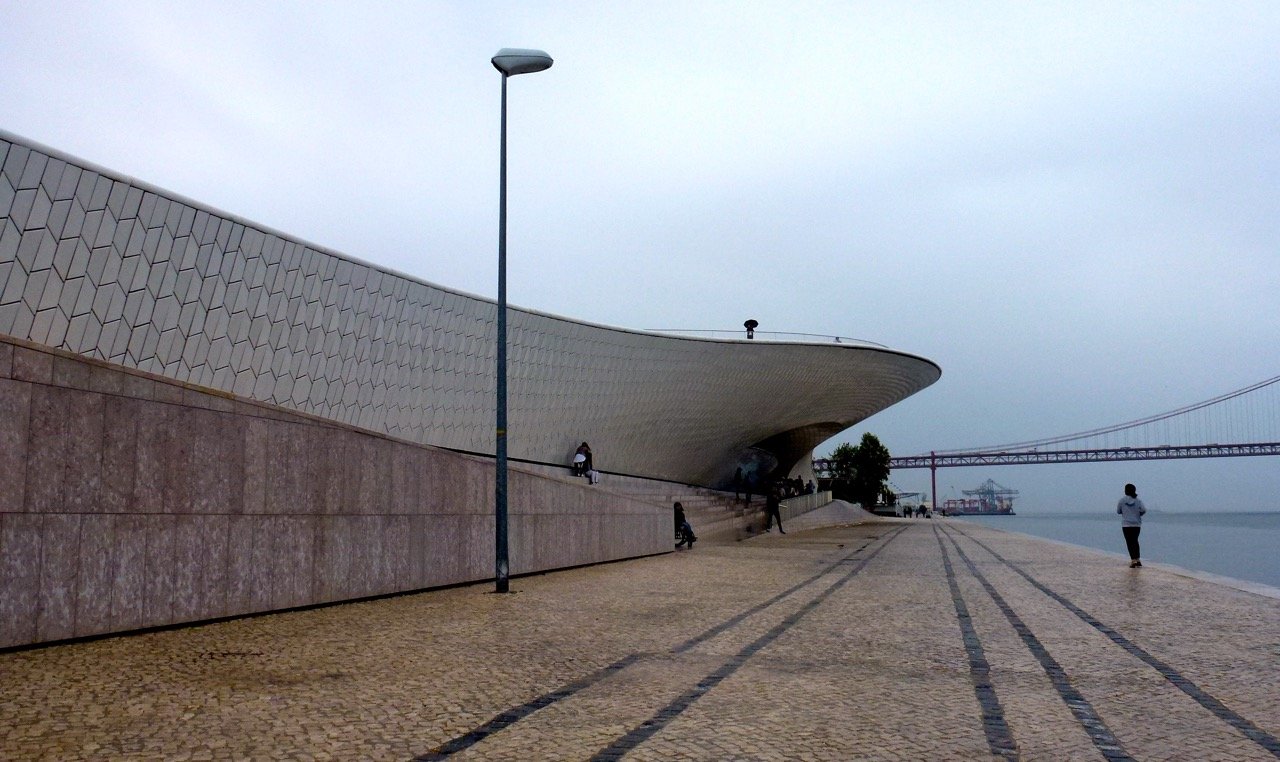 The MAAT was a peculiar experience. The entrance was free, and we soon realized that this was because the museum was not 100% finished. There were still construction work being done one some of the windows and the toilets were not working yet. And where was the art? It was not a lot of it. Perhaps they ran out of money after constructing this nice monumental building? I guess it would not be the first time in history that such a thing happened.

The main art piece at the moment was a big installation/performance with the topic of UTOPIA:

“Once upon a time in a city near a river and close to the ocean, there was a place called Pynchon Park. A group of extraterrestials had decided to gather humans in order to observe their behaviour. The place looked like a huge white arena surrounded with ramps, covered by a net and filled with giant coloured carpet books and balls for the humans to play and flirt together…” 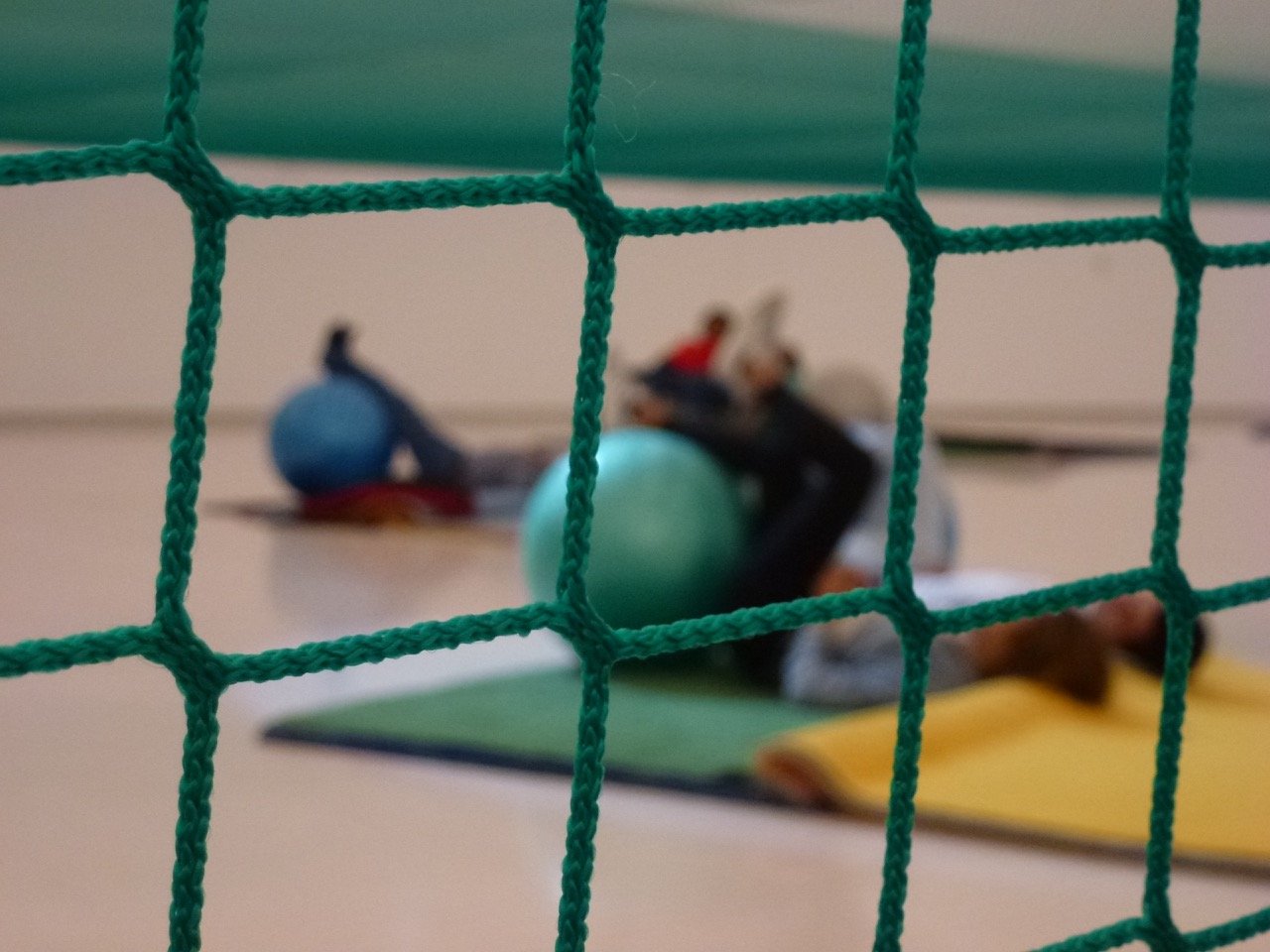 Somehow the topic reminded me a little of Fadlabi’s project Kongolandsbyen in Frognerparken in Oslo. Who’s watching who…?

To be honest, the piece did not do it for me. And I continued into the main exhibition area, which consisted of some video installation and a few artpieces. In spite of the lacking art, the building was very cool. I really liked it. It was kind of a mix between Kiasma in Helsinki and the Oslo Opera House. With lots of nice photo opportunities.

And I liked the design symbols. And also the fact that the ramps were perfectly made, according to the rules of universal design. Even the rooftop was easily accessible with manual chairs, because they had made the ramps in perfect dimensions. MAAT is definitely worth a visit. Just don’t have to high expectations regarding the art. Yet.

And the MAAT is also a perfect starting point for a hike along the river. We did a photoshoot under the bridge and ended up in the sailboat harbor, where they had a lot of newly built restaurants. All accessible with ramps. 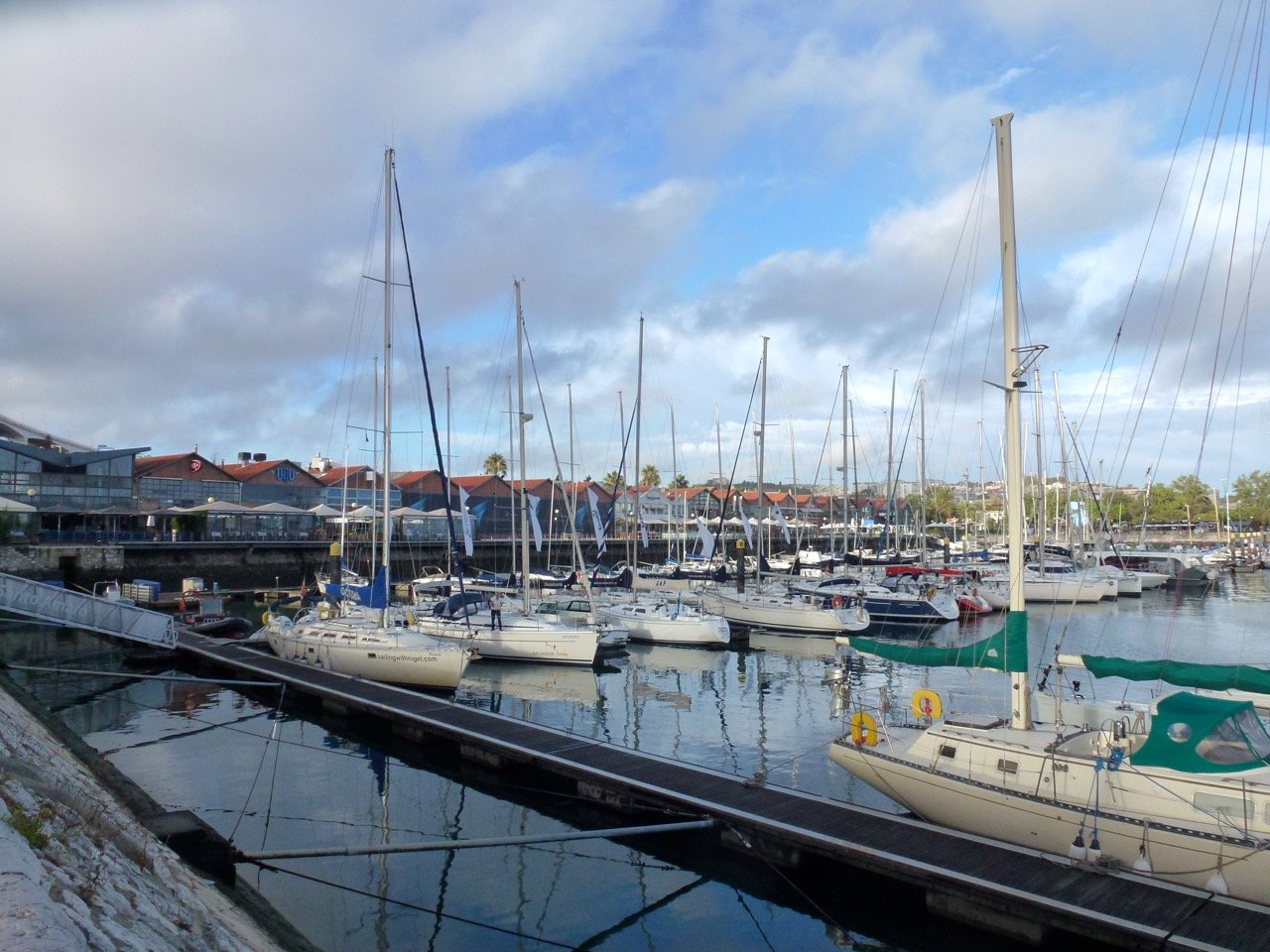 From the symbols in the bicycle lane, the path seemed to go 3-4 km further. I guess it would be possible to wheel/walk along the river until you reached the city centre again. But it was soon getting dark and we were getting hungry. So we saved that for the next visit.

And since this is the last blogpost from Lisbon, I guess there is only one thing left to say:

Wheeling Lisbon – Under the Bridge