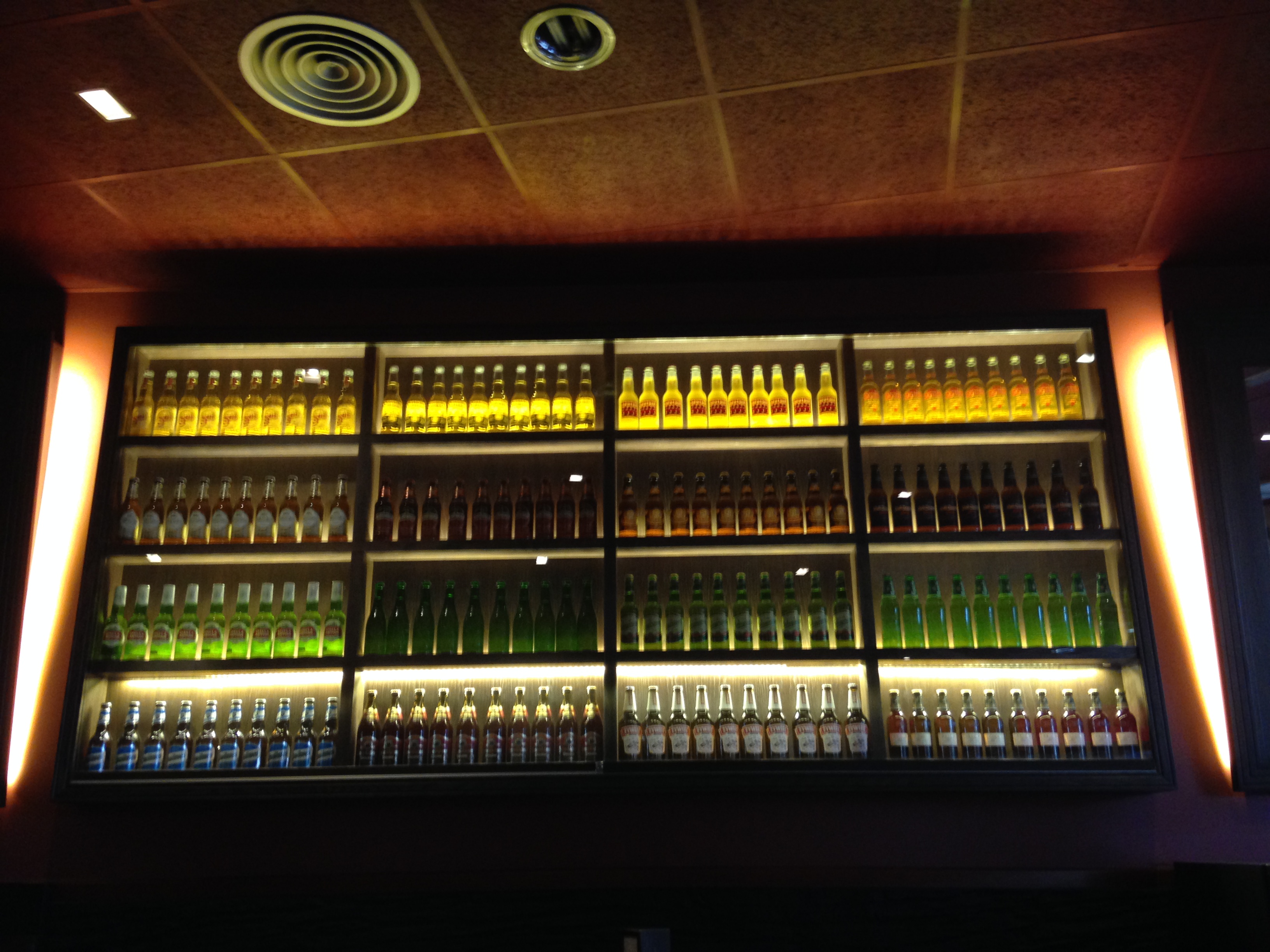 An important part of travels is tasting the local specialities whether these are edible or drinkable. And if you’re in the right place – an excursion to the local bar scene can be quite interesting. Or annoying. Or devastating…

Here are the drinkable highs & lows of 2015 – a year that was more about cocktails than discovering new wines.

The Absolution! Barcelona is easy to get lost in because of the many small streets leading in all kinds of different directions. But after my first visit to the bar Dostrece in the Raval area, we managed to walk 2-3 km in the wrong direction (East) when we were going back to Hotel Jazz, my favourite place to stay in Barcelona. We even managed to cross La Rambla without noticing. Quite impressive! Going back to Dostrece in 2015, I had decided not to repeat that performance. But this was before I had tasted the Absolution. A little bit too late I understood that an Absolution is a mix of vodka, vodka, vodka & vodka. Pretty powerful you might say. Fortunately I did not finish more than 40% of it. Then we decided to find our way back to Hotel Jazz. I was so sure we had the right direction. Still sure. Until I was not so sure anymore and checked the GPS. Turned out we had been walking 900m in the wrong direction. This time to the West. Next time I visit Dostrece, I will turn on the GPS immediately. I think…

Best cosmo:
At La Salle in Zürich I had the perfect cosmo.

Worst cosmo:
There are many of those. So many bars claim to be able to mix a good cosmopolitan. But they have no clue. The recipe is very easy: 4 parts ice, 3 parts cranberry juice, 2 parts vodka, and 1 part cointreau and a third part of a lime. Lopesan Costa Meloneras was among those who did not get it. I got my first cosmo with strawberry lemonade…

Coolest Bar:
Frau Gerold’s Garten in Zürich has a wheelchair lift to get to the second level, which is the only one open on Sundays. It is the slowest wheelchair lift in the world. But the staff was friendly, and it’s the perfect hipster place to watch the sunset, if you disregard the fact that the toilets are downstairs…

Best drink (and bartender):
When I read the decription of the Hipsteron Proteron in the bar menu at the Hotel Rivington & Sons in Zürich, I was not convinced. But I thought: “What the heck, let’s try something new!”. Turns out that the drink was super good. The bartender came over and asked if I liked the drink, and I told him that I did. He then declared very proudly that he had invented it all by himself. And then he gave us a lecture about the wheelchair access to the different restaurants and bars in the area. He even remembered how many steps it was to enter the different places. Pedestrians never ever remember those kinds of facts. I was so impressed…

Best rooftop bar:
Conversation between me and the doorman at the Standard Hotel in New York:
Me: “Is the rooftop bar wheelchair accessible?”
Doorman: “Yes, but you have to take a special second elevator to get to the rooftop.”
Me: “Ok, can I get up there now?”
Doorman: “Yes, are you going to the party of ‘Harry & Sally’ (not their real names)?”
Me: “No”
Doorman: “Oh, but then I guess you are meeting someone else up there?”
Me (thinking strategically): I guess I should say yes here.
Me: “Yes!”
Doorman: “Brilliant. I’ll take you there”.

So I had a drink, enjoyed the view, listened to the conversations between the 20-somethings, felt slightly old, got told that I tipped too little by the same 20-somethings (and felt slightly Norwegian because of it). And what’s the point of having grass carpets? Not very easy to wheel and carry a cocktail graciously on grass, is it?

Drink finished. Mission accomplished. I had found (and lied myself into) the coolest rooftop bar in New York. And on my way down I got stuck in the elevator room in complete darkness with some gas bottles. Nice! But then luck changed and a wheelchair accessible yellow cab stopped right in front of me when I left the hotel. And I threw myself into the car, even before the posh 20-somethings had managed to get out! Ta-daa!

Coolest bar:
The Rum House is situated in the Edison Hotel in the Theatre District (Broadway), NY. It is one of those places where you have no expectations when stumbling inside. And then it turns out to be this super charming place with live music (dixie jazz and bossa nova), original and super strong drinks, a diverse crowd and friendly staff. We loved it!

Coolest drink:
The cosmo at Barton G in Miami Beach was definitely the coolest… 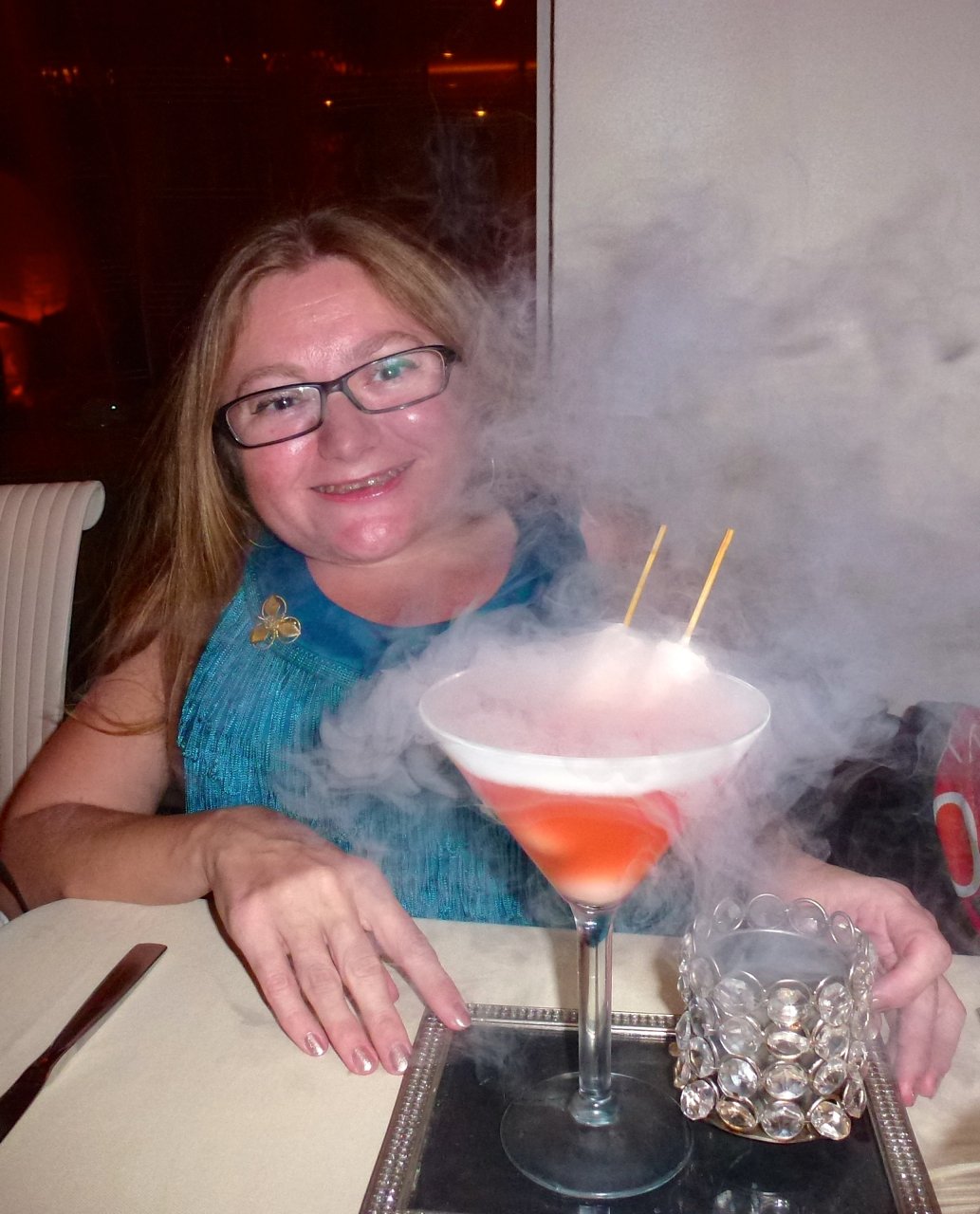 Best newcomer drink:
The Hugo is made of elderberry syrup/liquor, lime, mint and prosecco. I tasted the first on top of Üetliberg in Zürich. But we found it in Meloneras also, in Maximillian’s – the best bar for both coffee, cocktails or seaview… 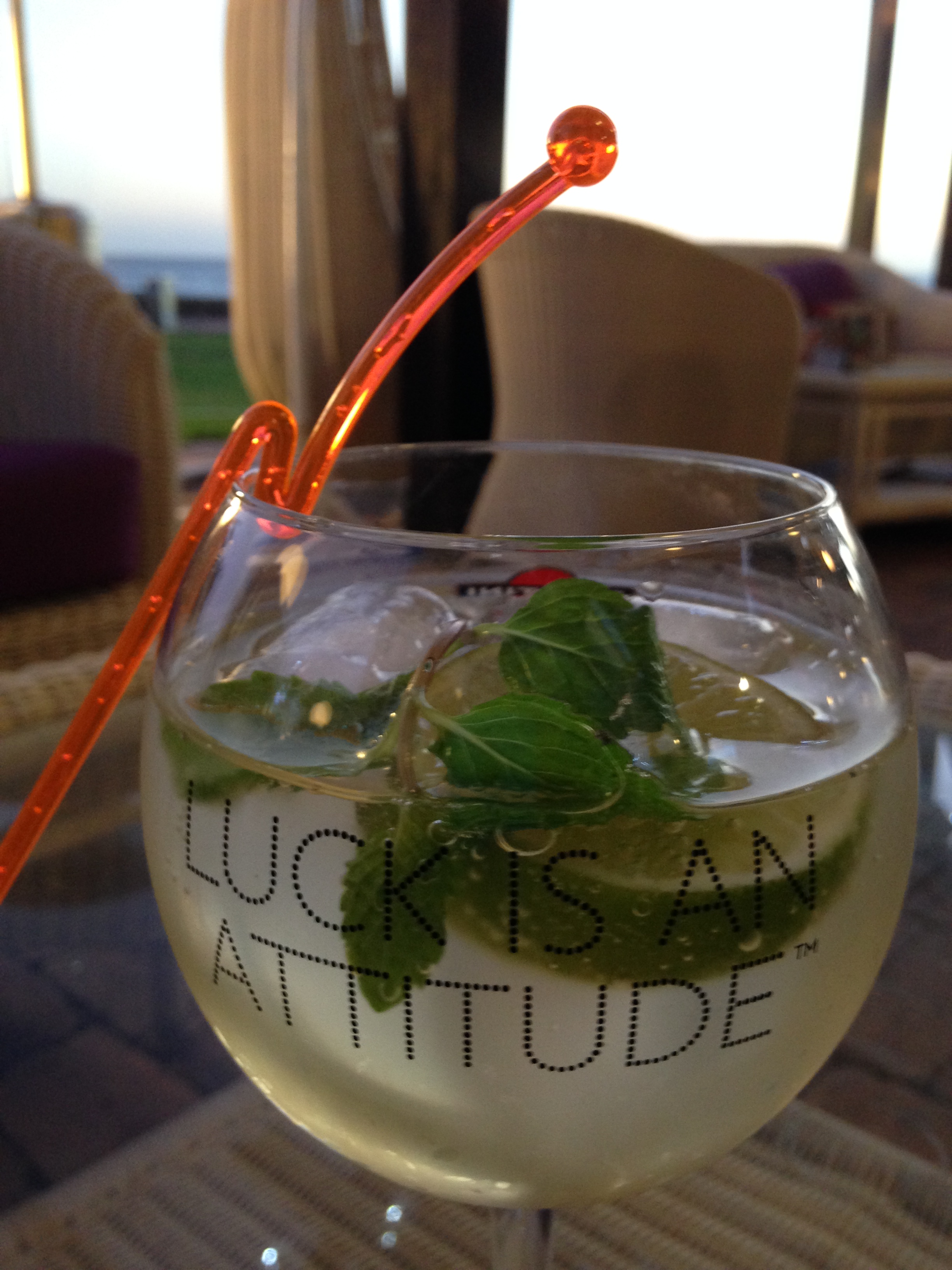 Worst drink:
The Sangria at Puerto Mogán (but the sunset was nice). 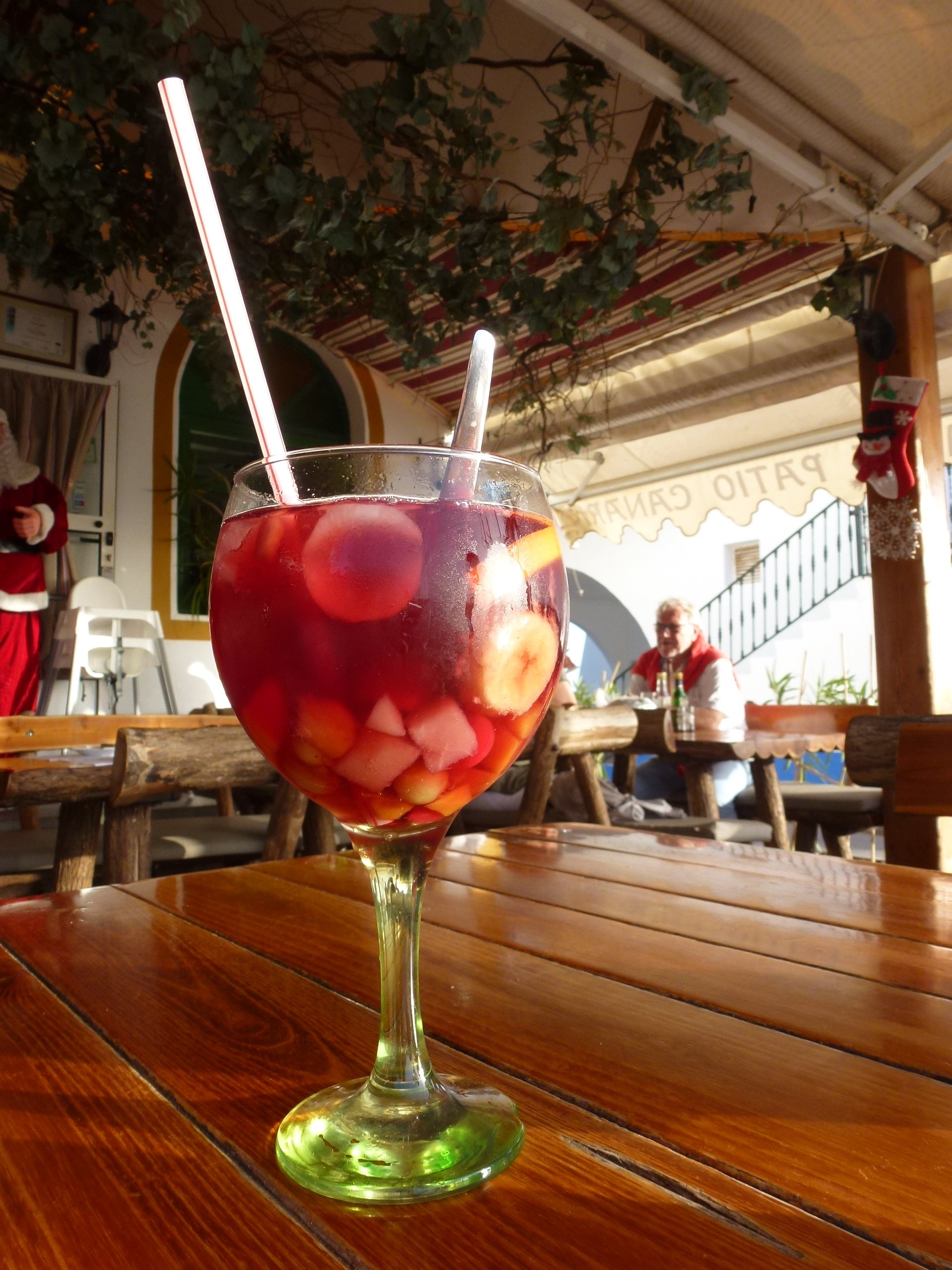 Most expensive cosmo:
Bookmarks Rooftop Lounge at the Library Hotel has a wheelchair accessible entrance behind a secret curtain. Search and thou will find! The cosmo was good, but cost the extreme amount of 25 USD! And the view was not worth that much money to be honest…

Most disastrous drink:
The G&T at the 19th Hole, Meloneras. Say no more…
But the guitar player was good! 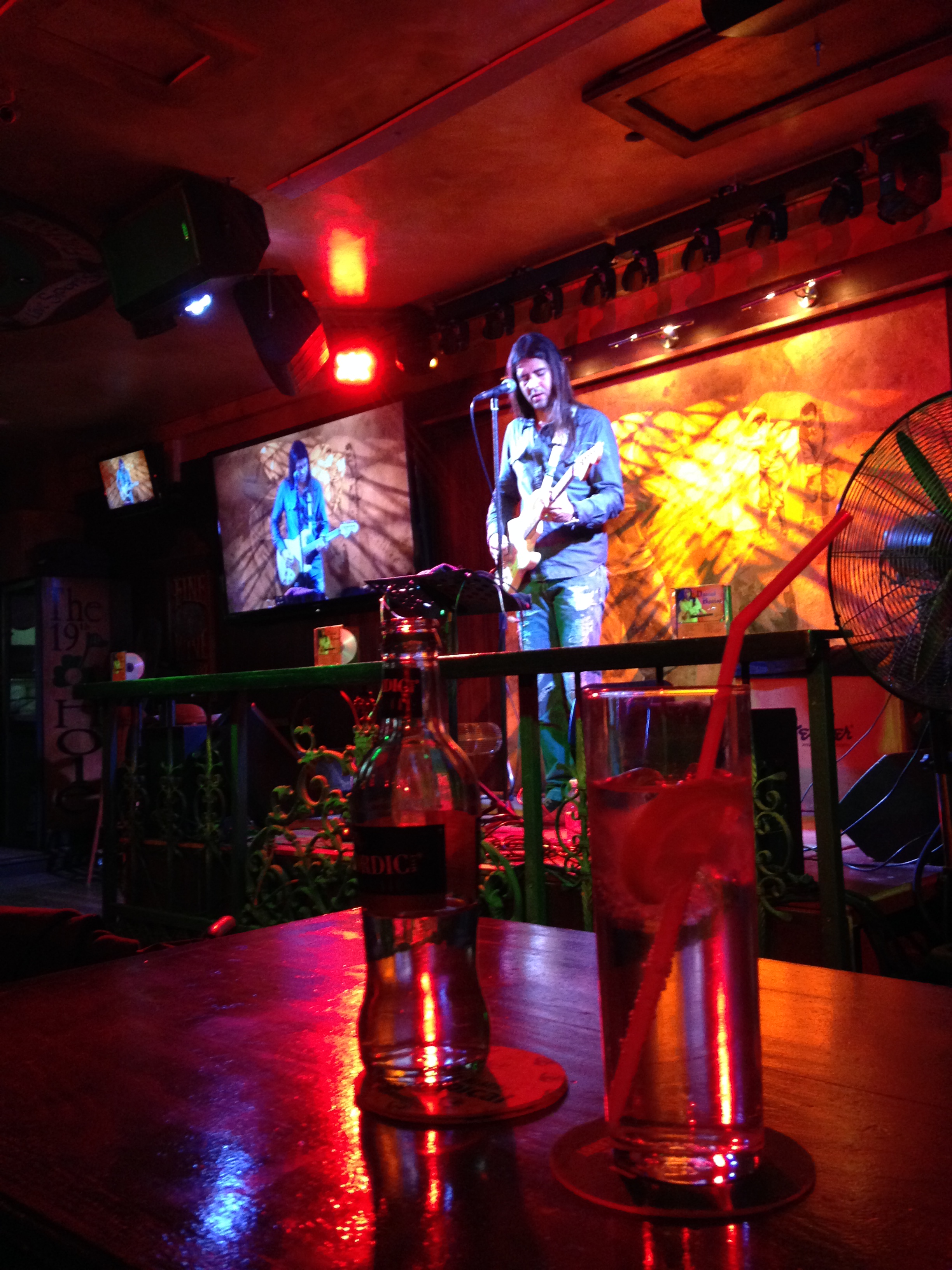 Best bargain:
A bucket of booze, Trastevere. The Argentinian couple next to us had fallen for the temptation. Luckily we didn’t… 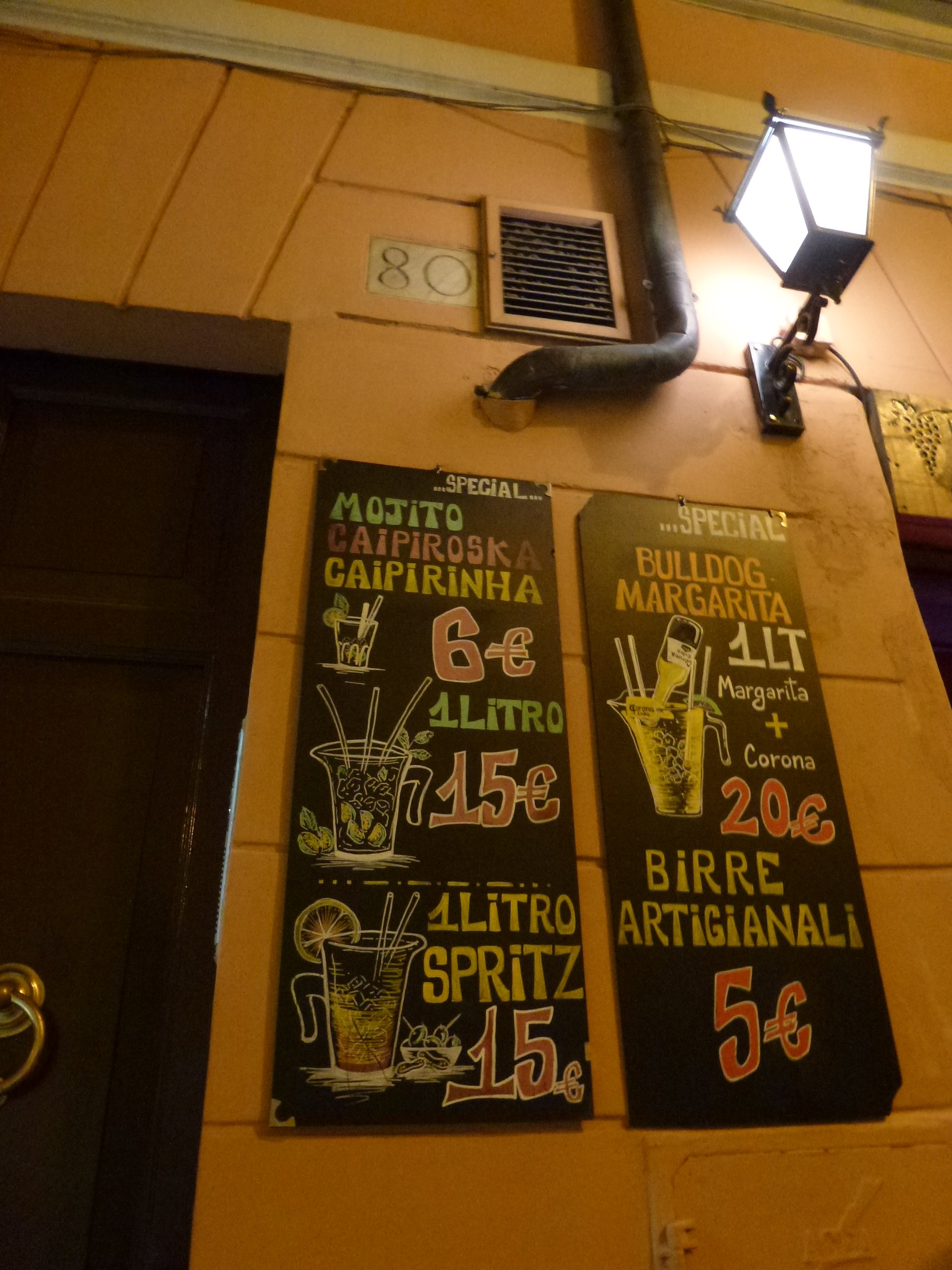 Best hidden secret:
The Sukkerbiten bar in Oslo is situated behind the Opera house. As close to the Oslofjord as you can get. Cheap beer (according to Oslo standards), sunshine and seagulls… 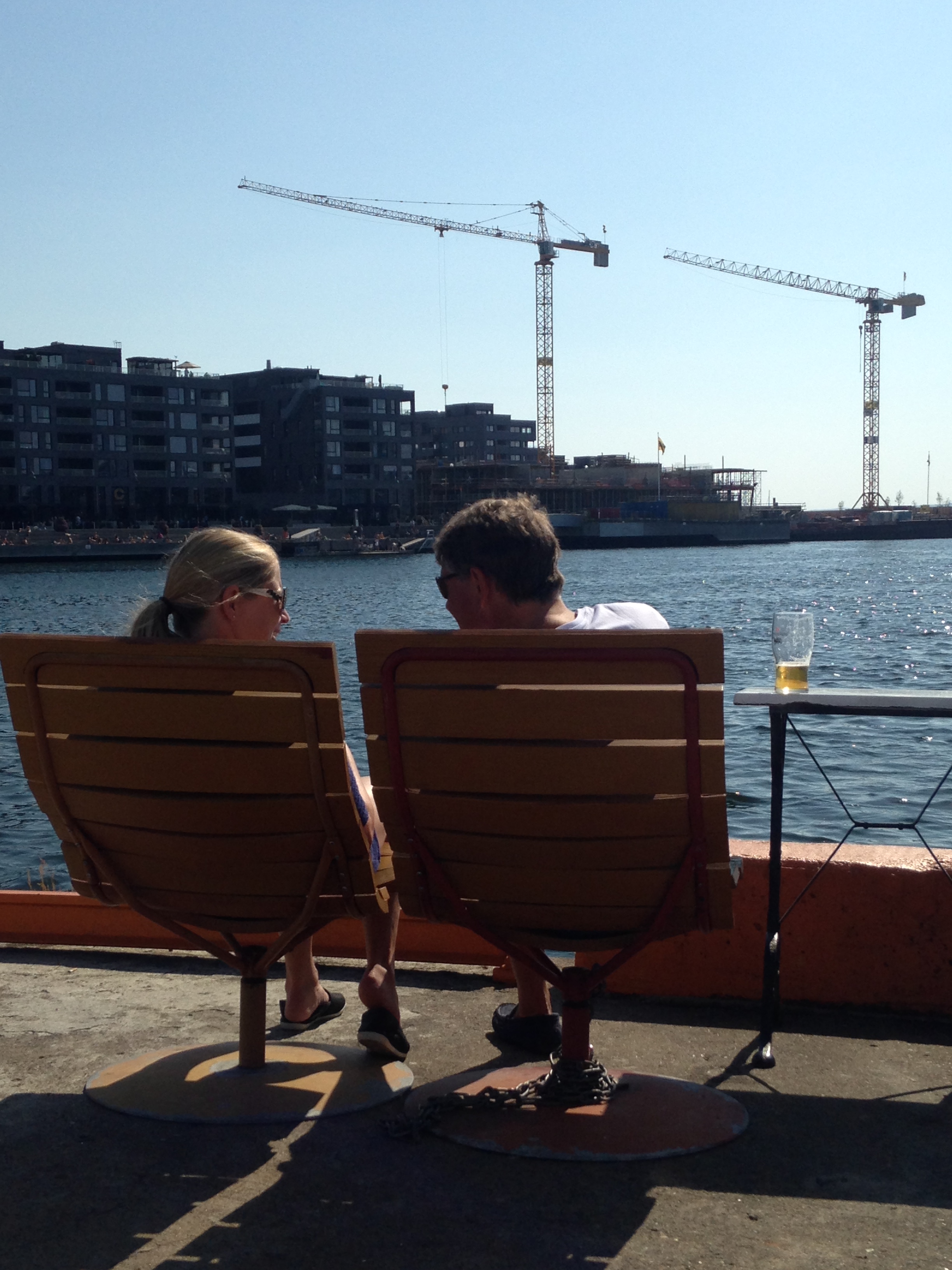 Best wine tasting:
My friends gave me a great Christmas present – wine tasting at Gamle Logen, Oslo (surprisingly wheelchair accessible). In one night we tasted eleven French wines. Everyone was paying attention during the champagne and the white wine. But since Norwegians have some trouble spitting out the wines (and they were soooo good), the concentration level of the crowd was not too good during the last red wines…

Best hotel bar:
The 25 hour hotel in Zürich. But don’t be too late! They might be closed… 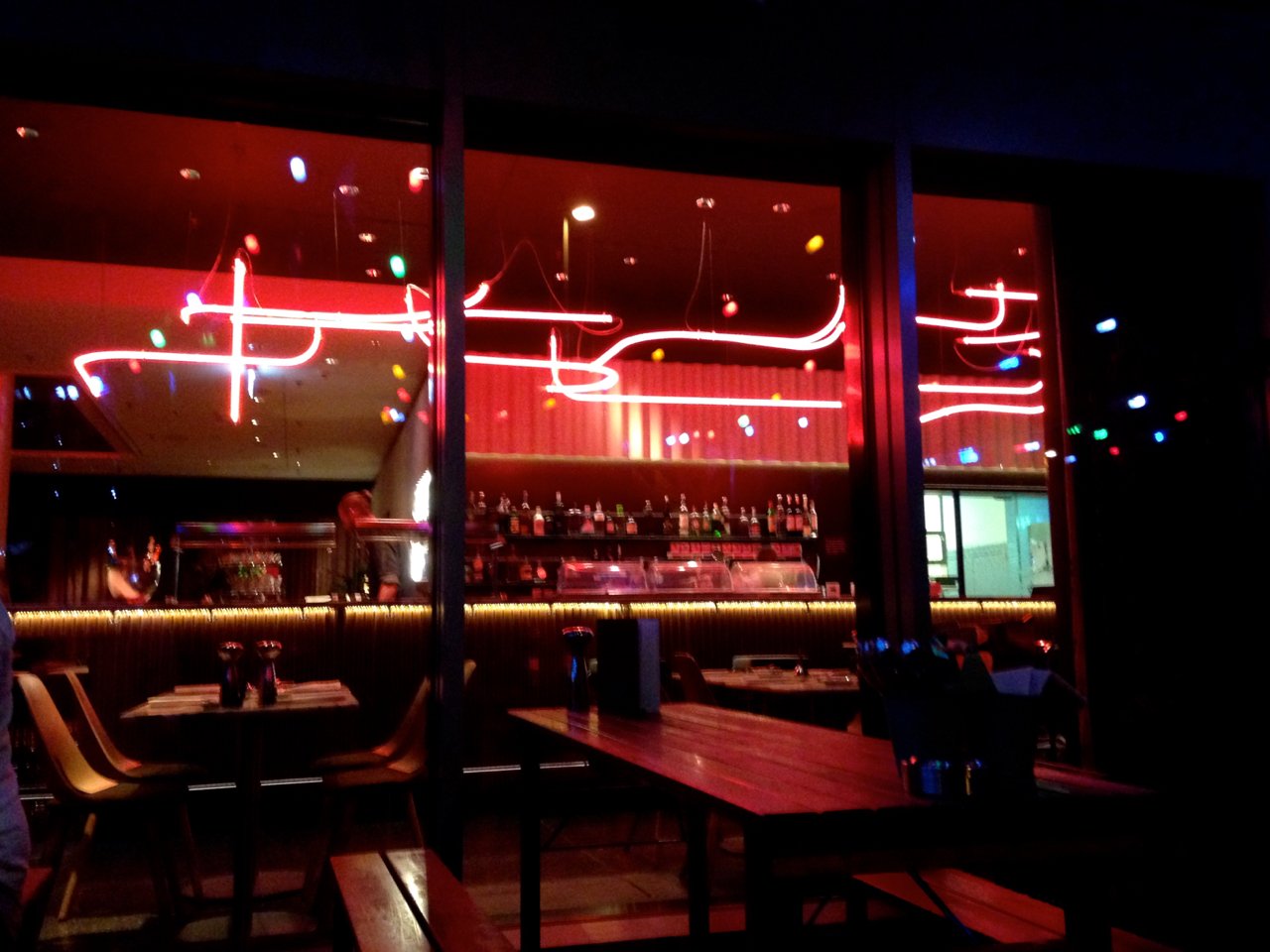 Best pool bar:
At Lopesan, Costa Meloneras you can enjoy a beer or a cocktail with a view to the beach and the Atlantic Ocean. Try the sliders also! Mmm… 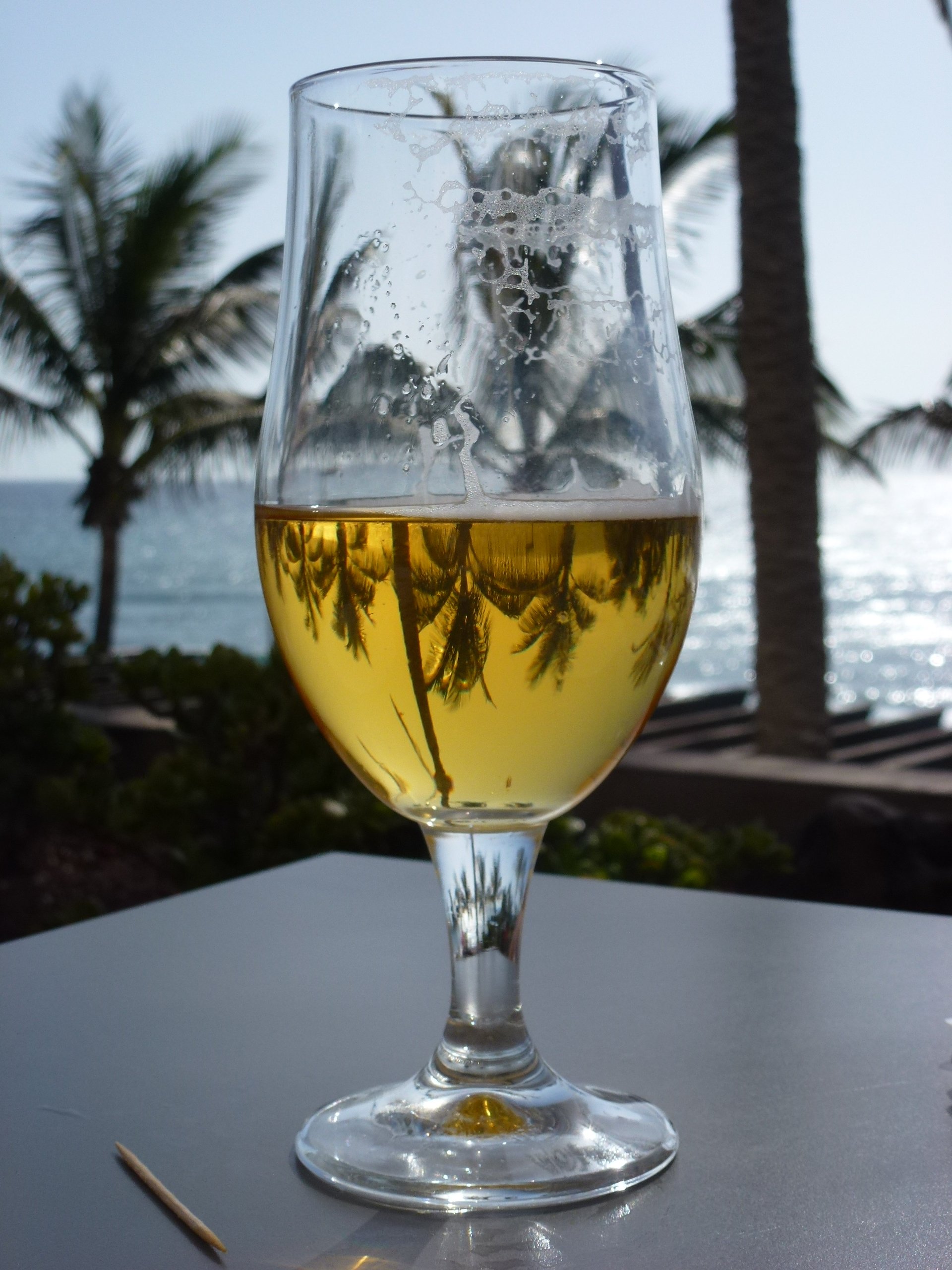 And then it just remains to say: Have a nice week-end everybody!