You gonna love me, like nobody’s loved me
Come rain or come shine
Happy together, unhappy together
Wouldn’t it be fine

Days may be cloudy or sunny
We’re in or we are out of the money, yeah
I’m with you always
I’m with you rain or shine

– ‘Wouldn’t it be great with a spring break in New York?’
– ‘Yes, that’s a great idea! Because then I can buy another guitar.’
– ‘Hmm, are you really sure that it’s smart to buy an electric guitar as a souvenir?’
– ‘Hey…I cannot go to New York without buying a guitar…’

So we searched the web for a decent hotel (and guitar shops) and booked a direct flight with the Norwegian Dreamliner. Departure was only two days after we had arrived home from Vienna. But two days is enough to relax and do laundry, isn’t it?

Little did we know that it was going to be a tropical sunny May month in Oslo.
And some very very rainy May days in New York.
We were kind of mentally prepared before we arrived though. The weather forecast from Yr had been warning us for a while already, on what kind of weather we were in for. So gore tex rain gear was packed.
But sometimes not even gore tex is enough. On May 20th 2018 the whole New York City was more or less flooded and just getting a bottle of coke from the grocery shop on the corner included a risk of drowning.
Fortunately we had a very nice hotel to seek refuge in during the worst rainy days. The first time I visited New York was in July 2015. Then we stayed in Night Hotel Times Square, which was an ok hotel, but very noisy because of construction work. And with its location very close to the Times Square, it was central indeed. But it was kind of stressful having to pass the busy square several times a day.

This time around I wanted to try something different. I had fallen for the good old fashioned rooftop photo from Hotels.com again. When I saw the photo of the view from the rooftop terrace at Hotel 50 Bowery NYC, I just knew we had to stay there.

Situated in the middle of Chinatown, the rather tall building is surrounded by low buildings on all four sides. This offers an amazing 360 degree view to the entire Manhattan from the rooftop bar The Crown and its two separate rooftop terraces. And unlike many other rooftop terraces I found at my first trip to NYC, these two were huge and wheelchair accessible with see through walls.
And what was the first thing we heard when we closed the door to our hotel room? Norwegian of course. When you have found a nice hotel somewhere, you can be sure that some other Norwegians have found it before you.
They are everywhere…

Actually we ended up celebrating Norway’s constitution day at our hotel as well. Our original plan was to take part in a May 17th Parade on Broadway. But it turned out that the parade was postponed until the week-end. And the rest of the May 17th extravaganza was going to take place on the Thursday afternoon in Brooklyn. So when we accidentally discovered on Facebook that one of the biggest May 17th events was going to take place in our hotel, the choice was very easy. The event even had free admission! And thanks to the friendly staff at the reception, we made sure that we got on the guestlist.

And that is how we ended up celebrating May 17th 2018 on top of New York, together with Norwegian students, their friends, a Norwegian marching band and American guys just looking for free drinks during Happy Hour.
Cheers & hoooray! 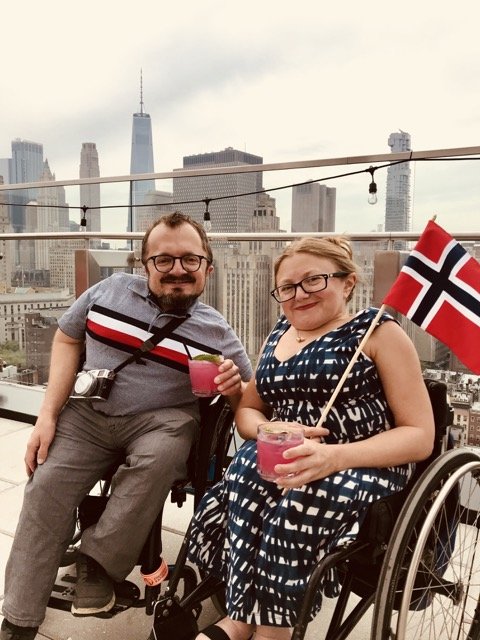 Besides the fantastic rooftop terrace, Hotel 50 Bowery NYC was a very good choice in general. These were my favourite things about the hotel:

The hotel restaurant Rice & Gold offered tasty and spicy Asian fusion dining, which was ok. But I must admit that I was a bit tired of Asian fusion food after having to eat there three nights in a week because of the awful weather. And the service in the restaurant did not match the one at the hotel. 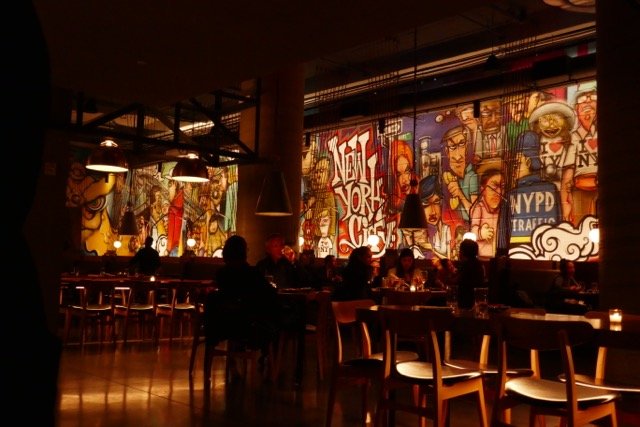 Another issue, which might stop us from using this fantastic hotel again, was the location. Because the sidewalks of Chinatown turned out to be in a much poorer state than those of upper Manhattan. Several places curbcuts were missing completely and a few times we had to ask people for help to cross the street.

During our stay all the subway stations in Chinatown and Soho had lifts out of service, so we had to rely on wheeling ourselves or getting a taxi. 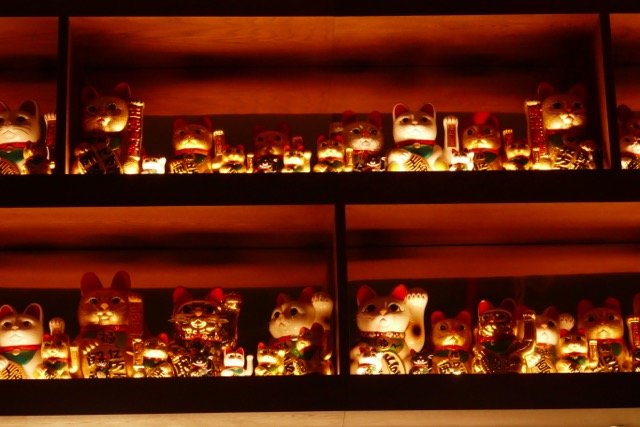 And I can confirm it:
Getting a taxi as a wheelchair user in New York is hell!
Being two wheelchair users together doesn’t exactly make it any easier. And with the rain we had more than 50 per cent of our stay, both wheeling and finding a taxi was substantially more difficult. We tried the socalled Accessible Dispatch several times, but concluded that this was more or less a joke. At least without the app, which we could not download in the European app store.
Even if you got a confirmation by email that a taxi was on its way from the dispatch, you never really knew when or IF it would show up. If it wasn’t for a Belgian woman who threw herself into the street and stopped the whole crazy NYC traffic, we would probably be stuck on that corner in Greenwich Village still…
I will be ever so grateful that she more or less risked her life to get us home on a night where my bodily batteries were pretty flat after wheeling the entire High Line and half of Lower Manhattan. Merci beaucoup Madame!

So the area was a challenge indeed. Perhaps a scooter would have been the solution because the worst curbcuts could usually be avoided. Or taking the bus.

But in a perfect world – I’d like to move the Hotel 50 Bowery NYC to another place in Manhattan. The problem is that then you would not have the fantastic view. 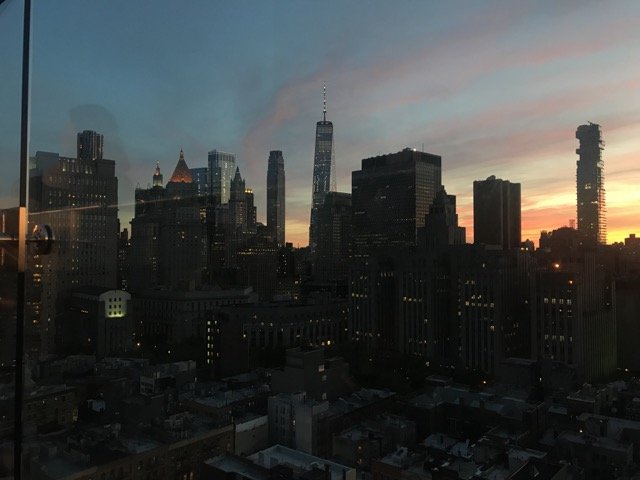 Oh sigh.
I guess you cannot have it all…
Previous