She’s fuddled my fancy, she’s muddled me good
I’ve taken to drinking, and given up food
I’m buying an island, somewhere in the sun
I’ll hide from the natives, live only on rum

When I woke up this morning, my first thought was I’ll never drink again. At least not cocktails. They are so small, colorful and seemingly innocent. But in reality powerful and dangerous. Just like a person with OI (brittle bone disease), when I think of it.
Only not this morning…

And it’s perhaps not so strange. Things got a little bit blurry after this conversation happening at one of our new favourite hangouts Human Mote:

Bartender: “So, what is you favourite drink then?”
André: “Maybe the VPB Daiquiri?”
Bartender: “Ah, you know what? I have strawberries in today. You want me to make you a strawberry daiquiri?”
Both of us: “Yes, please!”

The bartender guy at Human Mote looks a little bit like Steve Buschemi. This makes him a little bit scary. But with a bow & tie he also comes across as friendly. Underfundig, as we say in Norwegian. I never know what he’s thinking. Probably a good trait for a bartender. 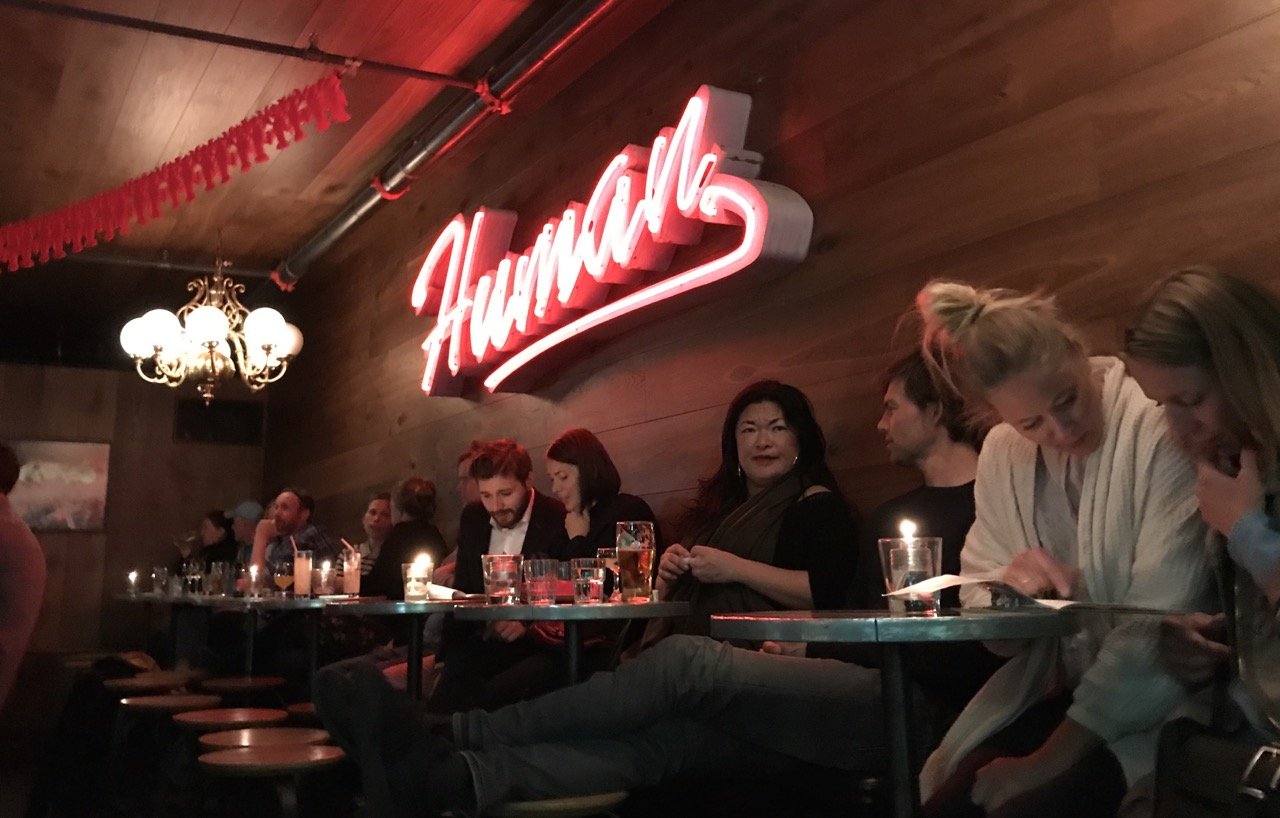 Anyway. There seem to be a new cocktail era going on in Oslo at the moment. For a while it was only beer, beer and beer. And microbreweries popping up on every corner. Or basement. But I don’t like to drink beer that much when I’m in bars. Usually bars have crappy disabled toilets. And when you drink beer, you have to pee. A lot. So I prefer cocktails.

And the possibility of wheeling into a decent cocktail bar in Oslo, is pretty good at the moment. But where’s the list of the good ones? Especially if you’re in a wheelchair. Since it’s not there – I decided to make it myself. My simple advice for cocktail lovers visiting Oslo. Just don’t overdo it! 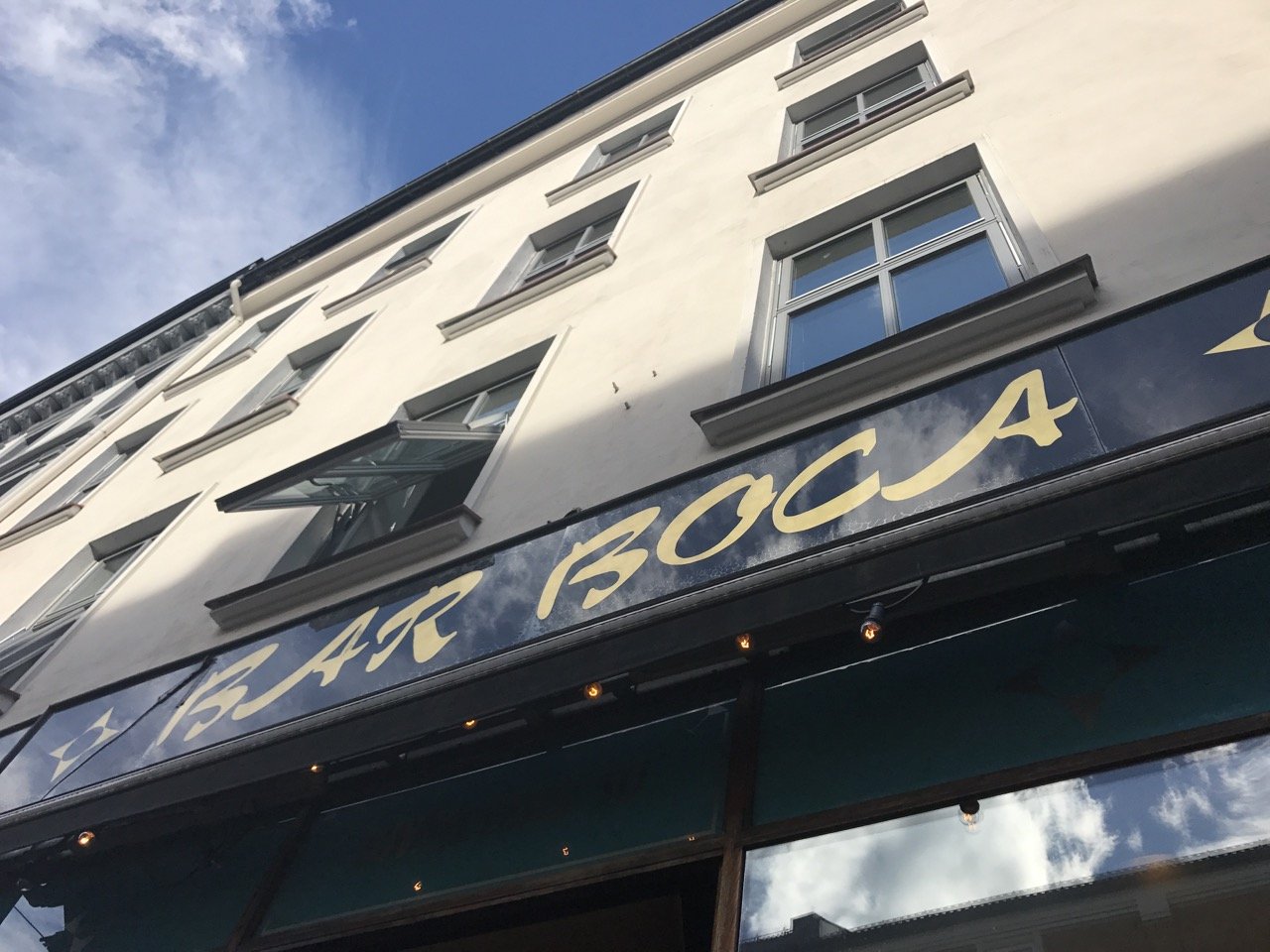 To be honest, it was hard to make a top 12 list of the best cocktail places in Oslo. So don’t overanalyze the order. Because some bars have really good drinks but are almost inaccessible. Some have the best music, the best ambience, the best access, the best bartenders and some have the nicest toilets. Some don’t have toilets at all (well at least not accessible). And some are just outrageously expensive, but too cool to be left out…

Too expensive in Oslo you say? Well then, buy yourself a decent shaker and make a cocktail at home? Here’s a recipe of one my newfound favourites: 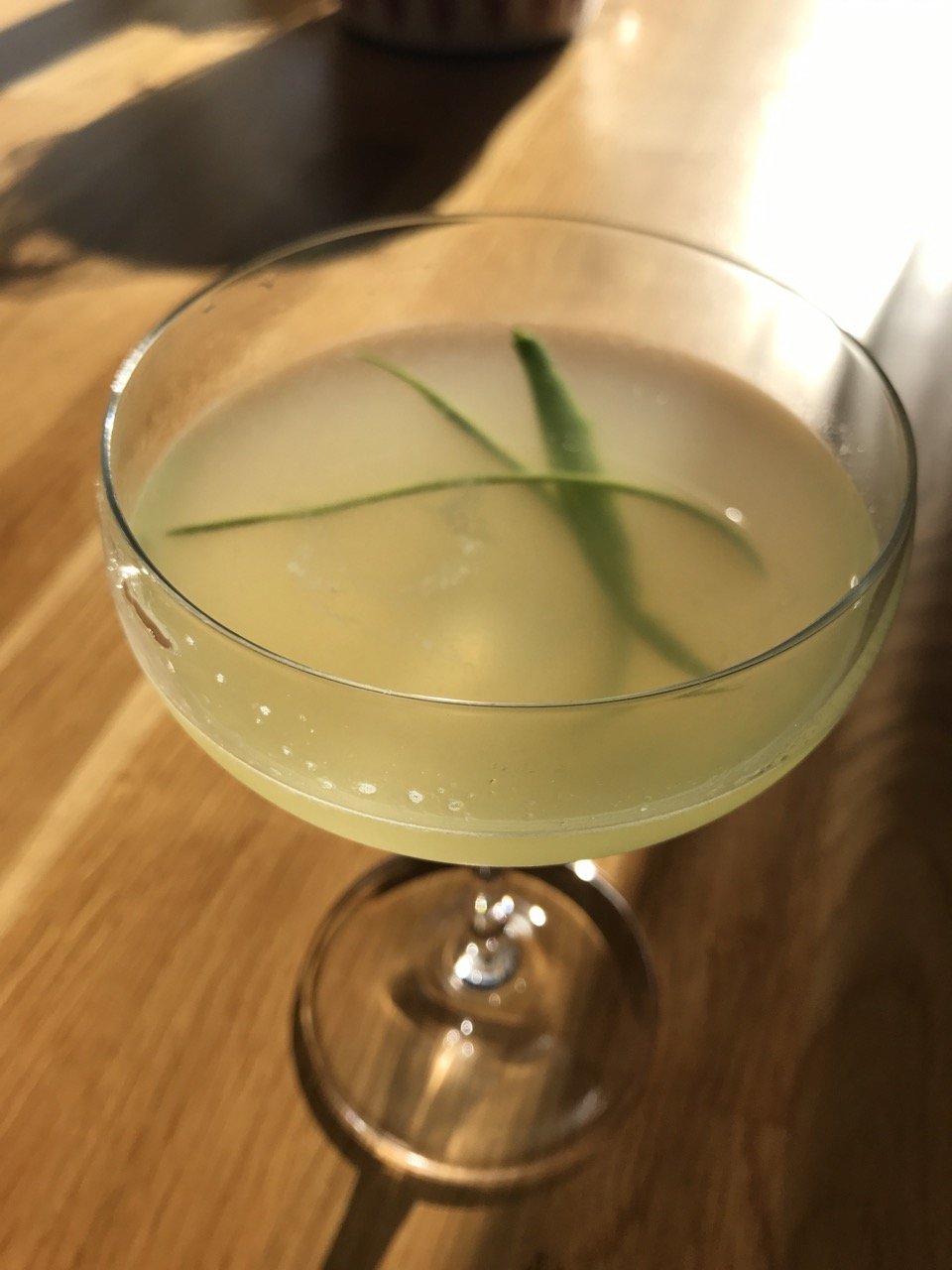 Wheeling Edinburgh – Why Not?

Come Spa With Me!